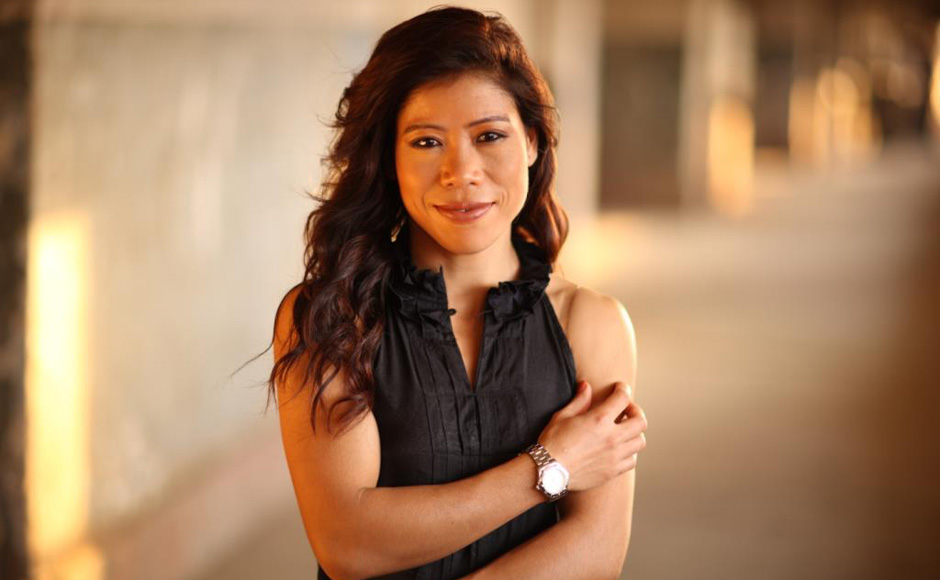 She is a five-time World Amateur Boxing champion, and the only woman boxer to have won a medal in each one of the six world championships. Nicknamed “Magnificent Mary”, she is the only Indian woman boxer to have qualified for the 2012 Summer Olympics, competing in the flyweight (51 kg) category and winning the bronze medal. She has also been ranked as No. 4 AIBA World Women’s Ranking Flyweight category.  She became the first Indian woman boxer to get a Gold Medal in the Asian Games in 2014 in Incheon, South Korea. 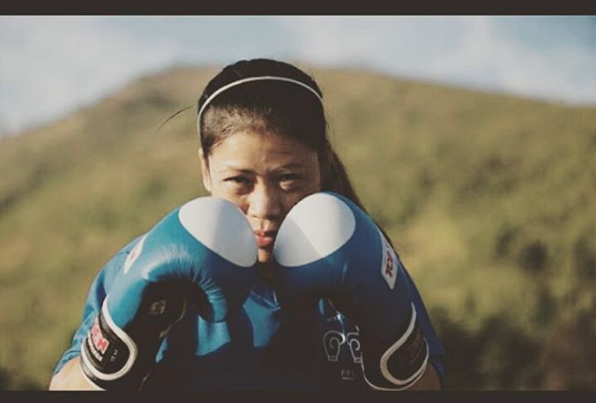 In April 2016, Kom was nominated by the President of India as a member of the Rajya Sabha, the upper house of the Indian Parliament. In March 2017, the Ministry of Youth Affairs and Sports, Government of India, appointed Mary Kom along with Akhil Kumar as national observers for boxing. Mary Kom won the Gold Medal In Asian Boxing Championship. She defeated Kim Hyang-mi of North Korea in the title match. 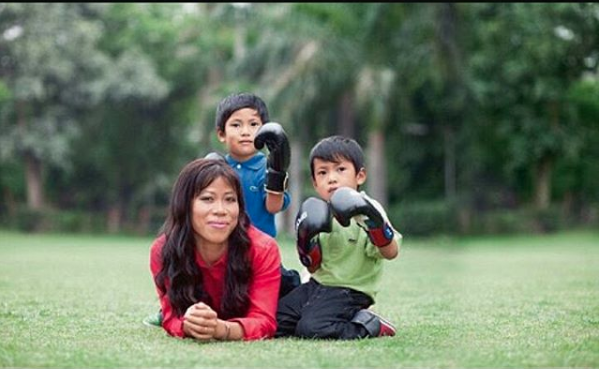 Kom was born in Kangthei village, Moirang Lamkhai in Churachandpur district of rural Manipur in eastern India. She came from a poor family. Her parents, Mangte Tonpa Kom and Mangte Akham Kom were tenant farmers who worked in jhum fields. She grew up in humble surroundings, helping her parents with farm related chores, going to school and learning athletics initially and later boxing simultaneously. Kom’s father was a keen wrestler in his younger days. She was the eldest of three children – she has a younger sister and brother. 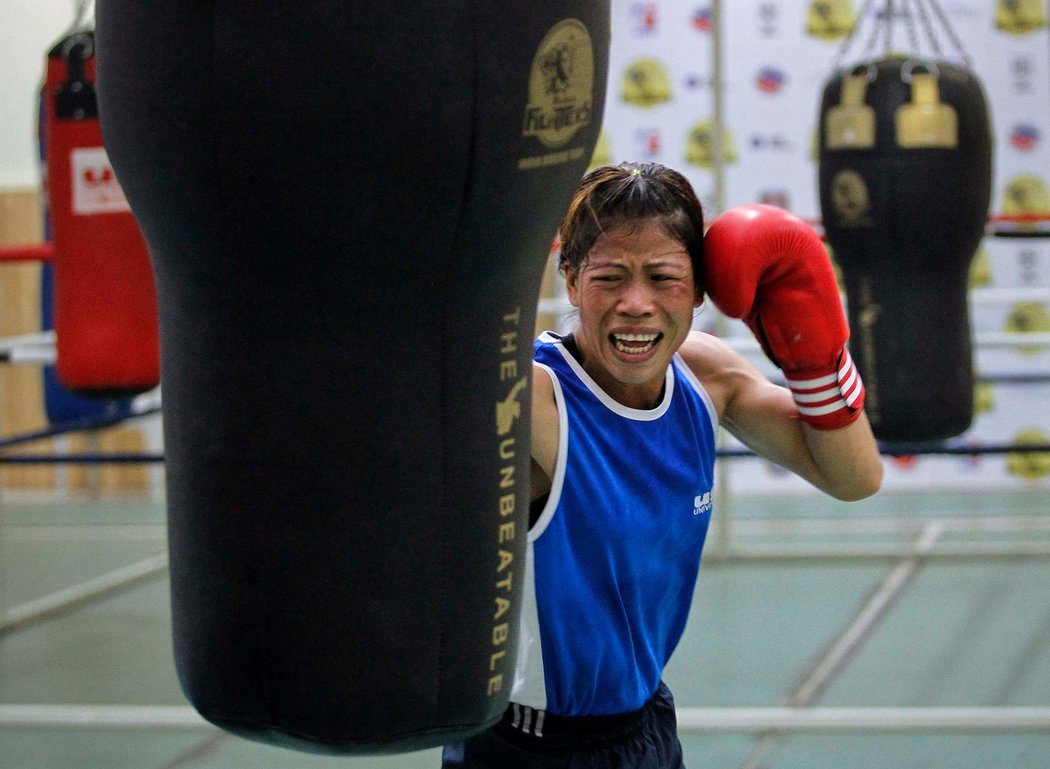 Kom is married to the footballer Karung Onkholer (Onler). Onkholer was the president of the North East students body and helped Kom. Thus they became friends and thereafter started dating each other. After four years they were married in 2005.Together they have 3 sons: twins Rechungvar and Khupneivar and son Prince (born in May 2013).

She studied at the Loktak Christian Model High School at Moirang up to her sixth standard and thereafter attended St. Xavier Catholic School, Moirang, up to class VIII. During this time, she took a good amount of interest in athletics, especially javelin and 400 metres running. 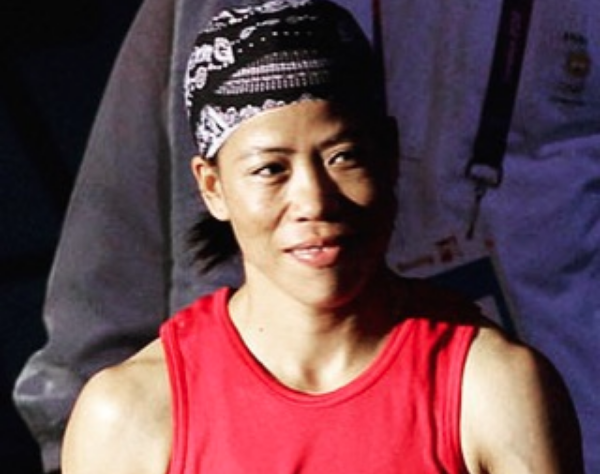 It was at this juncture, Dingko Singh, a fellow Manipuri returned from the 1998 Bangkok Asian games with a gold medal. Kom recollects that this had inspired many youngsters in Manipur to try boxing, and she too thought of giving it a try.

In school, Kom participated in all types of sports including volleyball, football and athletics. It was the success of Dingko Singh that inspired her to switch from athletics to boxing in 2000. She started her training under her first coach K. Kosana Meitei in Imphal. When she was 15, she took the decision to leave her hometown to study at the Sports academy in the state capital Imphal. In an interview with the BBC, Meitei remembered her as a dedicated hardworking girl with a strong will power, who picked up the basics of boxing quickly. Thereafter she trained under the Manipur State Boxing Coach M. Narjit Singh, at Khuman Lampak, Imphal. Kom kept her interest in boxing a secret from her father, himself an ex-wrestler, as he was concerned that boxing would hurt Kom’s face and spoil her chances of marriage. However, he learnt of it when Kom’s photo appeared in a newspaper after she won the state boxing championship in 2000. After three years, her father began to support Kom’s pursuits in boxing as he grew convinced of her love of boxing. 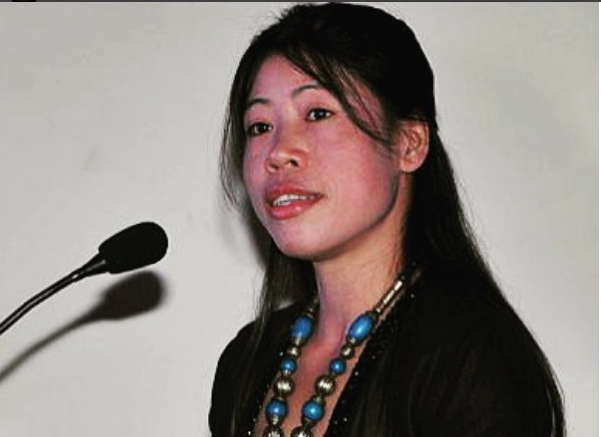 In 2010, Kom won the gold medal at the Asian Women’s Boxing Championship in Kazakhstan, and at the AIBA Women’s World Boxing Championship in Barbados, her fifth consecutive gold at the championship. She competed in Barbados in the 48 kg weight category, after AIBA had stopped using the 46 kg class. In the 2010 Asian Games, she competed in the 51 kg class – the lowest in the contest – and won a bronze medal. In 2011, she won gold in the 48 kg class at the Asian Women’s Cup in China. 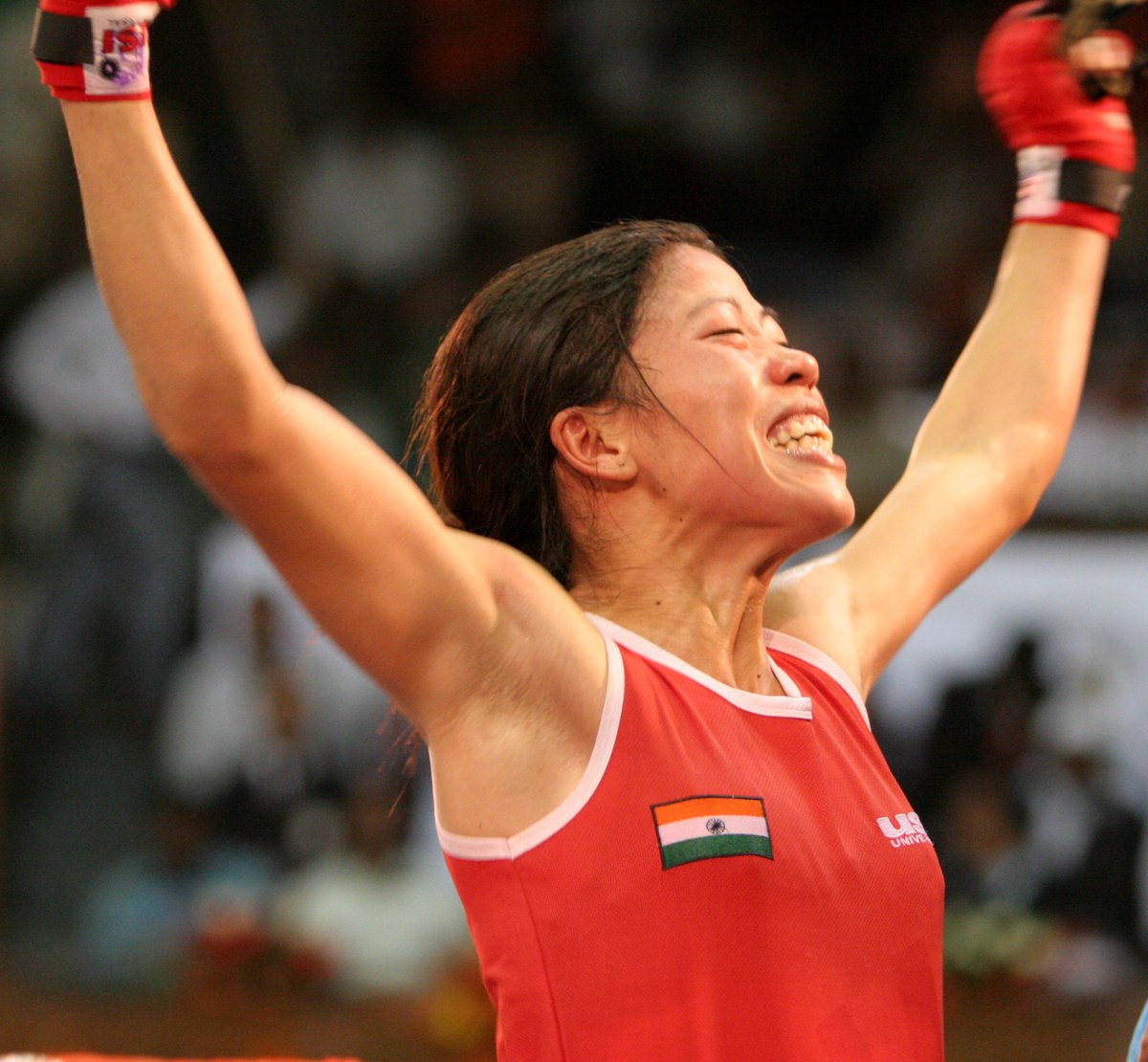 In October 2014, she won her first Gold Medal at the Asian Games held at Incheon, South Korea by beating Kazakhstan’s Zhaina Shekerbekova in the flyweight (51 kg) summit clash. 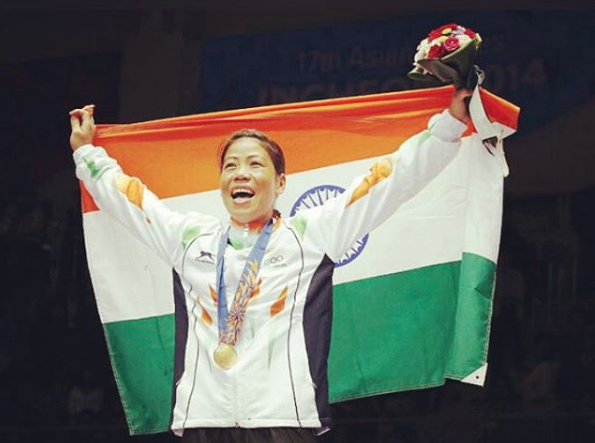 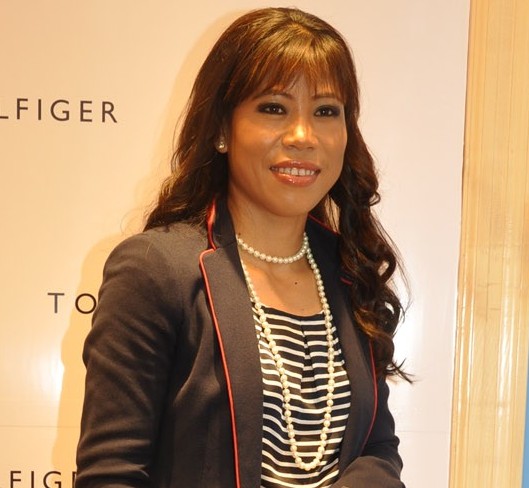 At the 2012 AIBA Women’s World Boxing Championship, Kom was competing not just for the championship itself but also for a place at the 2012 Summer Olympics in London, the first time women’s boxing had featured as an Olympic sport. She was defeated in the 51 kg quarter-finals by Nicola Adams of the UK, but did succeed in getting a place for the Olympics. She was the only Indian woman to qualify for boxing event, with Laishram Sarita Devi narrowly missing a place in the 60 kg class.

The first Olympic round was held on 5 August 2012, with Kom defeating Karolina Michalczuk of Poland 19-14 in the third women’s boxing match ever to be fought at the Olympics. In the quarter-final, the following day, she defeated Maroua Rahali of Tunisia with a score of 15-6. She faced Nicola Adams of UK in the semi-final on 8 August 2012 and lost the bout 6 points to 11. However, she stood third in the competition and garnered an Olympic bronze medal. In recognition, the Manipur Government awarded her Rs 50 lakhs and two acres of land in a cabinet meeting held on 9 August 2012.

Though keen on representing India at the 2016 Rio Olympics, Kom was not able to qualify for the event. She continues to pursue the sport and train for the same, and is preparing for the 2020 Tokyo Olympics.

In September 2012, the Super Fight League announced that Kom will serve as the SFL’s brand ambassador. 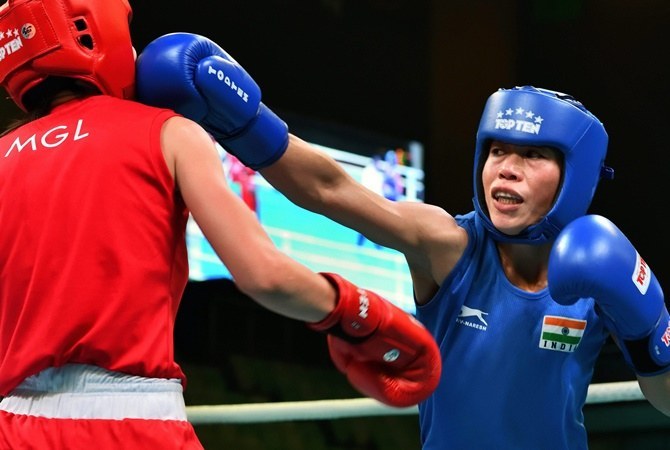 Mary Kom (48kg) advanced to the Commonwealth Games 2018 final with a comprehensive triumph over Sri Lanka’s Anusha Dilrukshi Koddithuwak here on this Wednesday. She is one medal away from winning a Gold and she has just showed how desperate she is to win it.