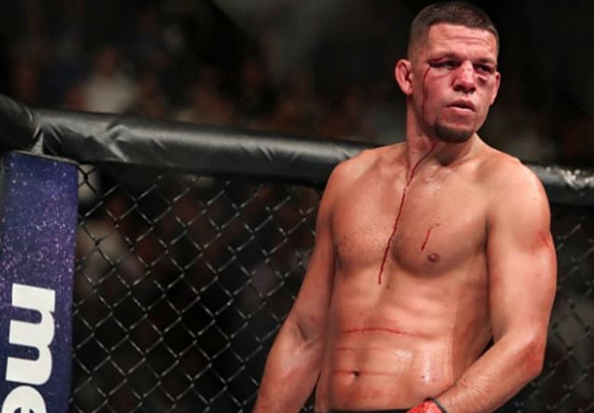 Nathan Donald “Nate” Diaz (born April 16, 1985) is an American professional mixed martial artist competing in the lightweight division and he was the winner of The Ultimate Fighter 5. Diaz is the younger brother of former Strikeforce Welterweight Champion and WEC Welterweight Champion, Nick Diaz. Prior to signing with the UFC, Diaz competed in World Extreme Cagefighting, Strikeforce, and Pancrase. As of April 7, 2018, Diaz is #8 in official UFC lightweight rankings. 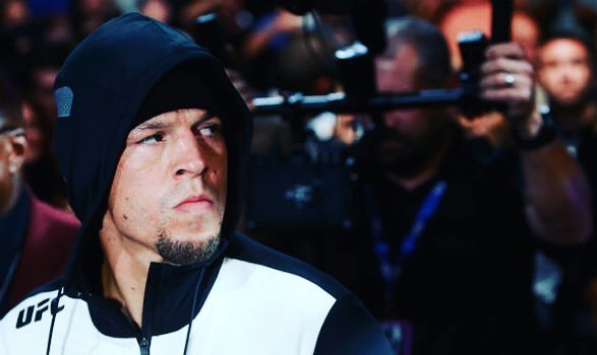 He holds notable victories over the likes of Conor McGregor, Donald Cerrone, Gray Maynard, and Takanori Gomi. Diaz is also tied with Joe Lauzon for the most UFC bonus awards, with 15 in total. Nate Diaz, along with Conor McGregor, hold the record for the highest UFC Pay Per View buy with UFC 202. 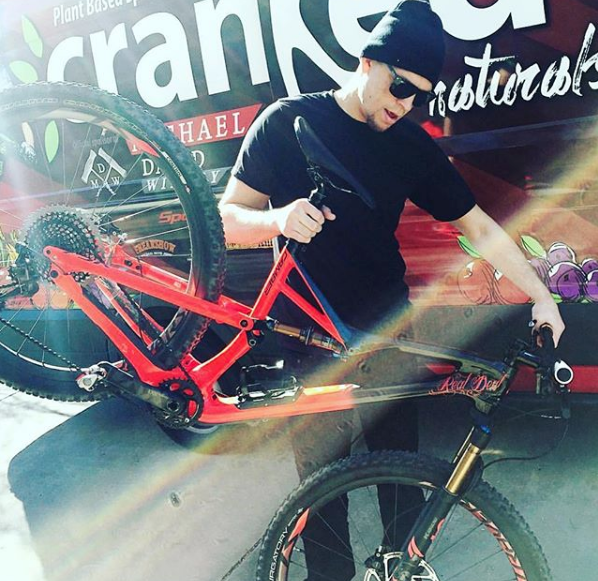 Prior to the Ultimate Fighting Championship (UFC), Diaz competed mainly for World Extreme Cagefighting (WEC). In 2006, at WEC 24, he fought for the WEC Lightweight Championship against then-champion Hermes Franca, losing by submission in the second round. This was the last event ever held by WEC before it was acquired by Zuffa, LLC, then-parent company of the UFC. 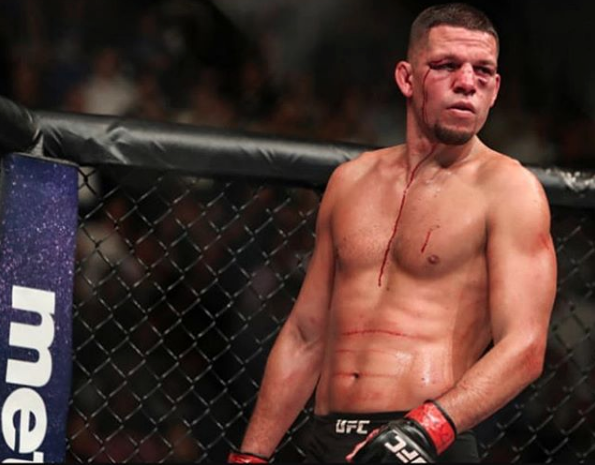 After defeating Alvin Robinson and Junior Assunção via submission he demanded tougher fighters. Diaz was given a match with Kurt Pellegrino at UFC Fight Night 13. 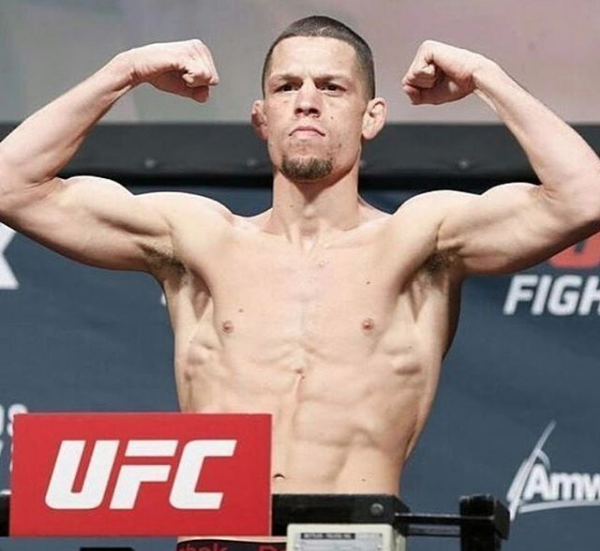 Diaz faced Gray Maynard on January 11, 2010, in the main event at UFC Fight Night 20, a rematch from when the two met in the semi-finals of the TUF 5 lightweighttournament, where Diaz won. 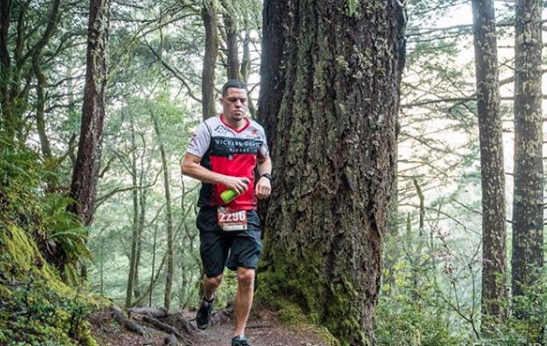 Diaz lost by unanimous decision to South Korean fighter Dong Hyun Kim, on January 1, 2011, at UFC 125. Diaz was taken down and controlled by Kim for the first two rounds. While Nate won the final round by pushing the action against a fading Kim, it was too late. Diaz lost the fight 29–28 on all judges’ score cards. 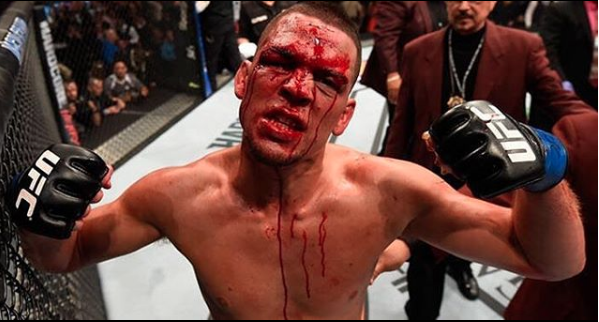 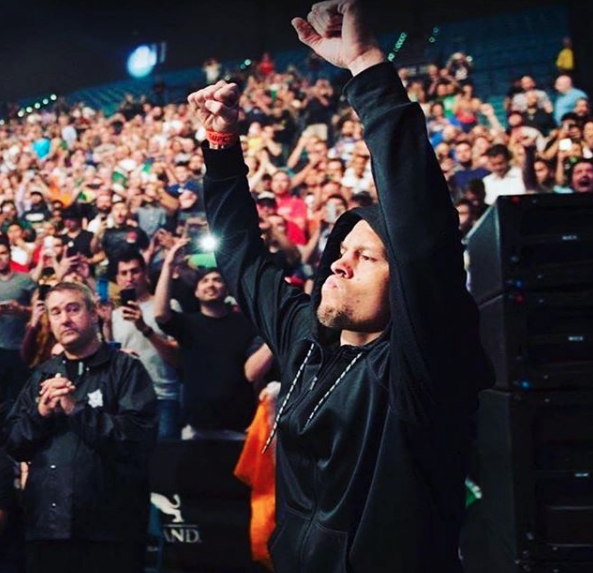 Diaz faced former Strikeforce Lightweight Champion Josh Thomson on April 20, 2013, at UFC on Fox 7. He lost the fight via TKO due to a head kick and punches, during which Nate’s brother, Nick Diaz physically threw a towel into the octagon, in an attempt to signal the referee to end the bout. 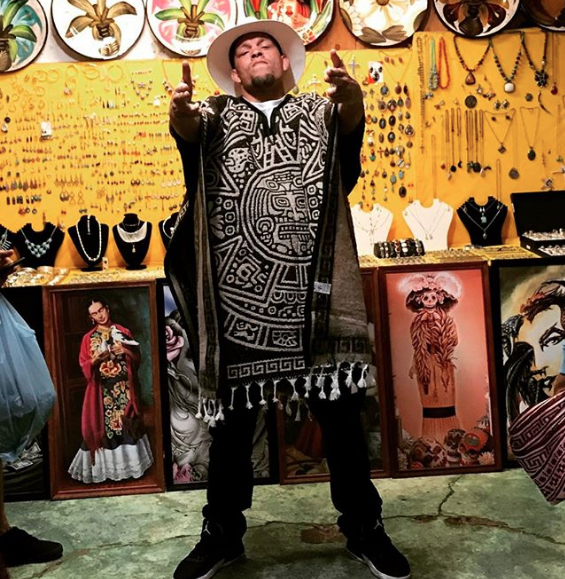 On May 5, 2014, both Nate Diaz and fellow UFC fighter TJ Grant were removed from the UFC’s lightweight rankings after being deemed inactive by the UFC.

Diaz was briefly linked to a welterweight bout with Matt Brown on July 11, 2015 at UFC 189. However, in mid-April, Brown announced that the pairing had been scrapped. 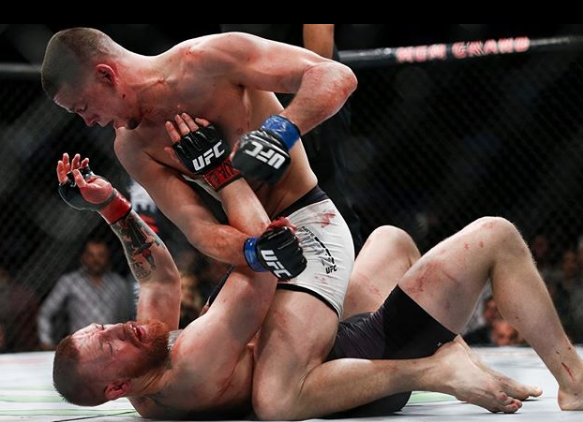 Diaz was set as a replacement to face Conor McGregor on March 5, 2016 at UFC 196, filling in for an injured Rafael dos Anjos. With Diaz only having eleven days notice, the fight took place at welterweight (170 lbs) due to lack of time to cut weight. Diaz won the fight via submission in the second round. This gave Diaz his ninth submission victory in the UFC, tied for the second-most all-time behind only Royce Gracie.

Previous articleBoxing: Claressa Shields to start training camp soon for June 22 fight
Next articleSwapnil Barve: Do we have to post on social media every time to get our payment