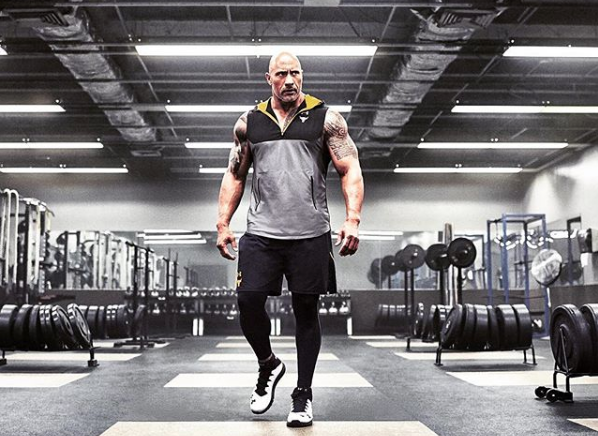 Dwayne Douglas Johnson (born May 2, 1972), also known by his ring name The Rock, is an American actor, producer, and semi-retired professional wrestler. 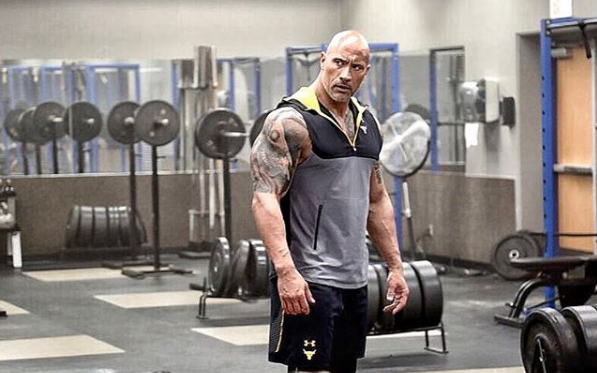 Johnson was a college football player for the University of Miami, where he won a national championship on the 1991 Miami Hurricanes team. After being cut from the Calgary Stampeders of CFL two months into the 1995 season, he began training for a career in professional wrestling, following in the footsteps of various family members, including his grandfather Peter Maivia and his father Rocky Johnson, from whom he inherited Canadian citizenship in 2009. 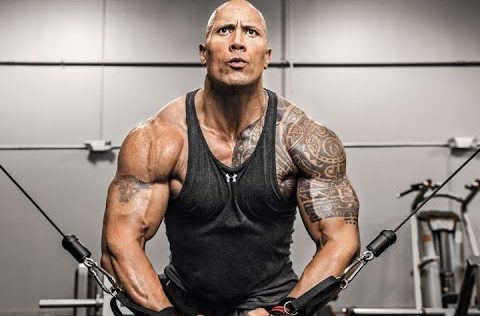 Johnson made his WWF debut as Rocky Maivia, a combination of his father and grandfather’s ring names, although his real name was acknowledged by the announcers. He was initially reluctant to take this ring name but was persuaded by Vince McMahon and Jim Ross. He was given the nickname “The Blue Chipper” and his lineage was played to on TV, where he was hyped as the WWF’s first third-generation wrestler. Maivia, a clean-cut face character, was pushed heavily from the start despite his wrestling inexperience. He debuted on Monday Night Raw as a member of Marc Mero’s entourage on November 4, 1996 and had his first match at Survivor Series on November 17, in an eight-man elimination tag match; he was the sole survivor by single-handedly eliminating Crush and Goldust. WWF fans generally rejected him because of his cheesy character. 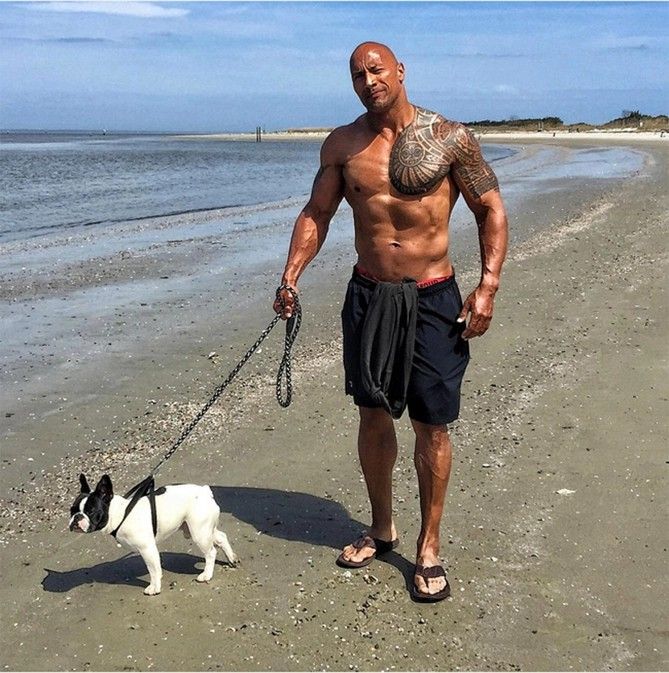 Toward the latter part of 1999, The Rock had several singles and tag team championship opportunities, teaming with former enemy Mankind as The Rock ‘n’ Sock Connection after he challenged WWF Tag Team Champions The Undertaker and Big Show and Mankind offered his help. They won the title for the first of three times. The two performed numerous comedic skits together, including one on Raw Is War called “This Is Your Life” (based on the TV show), in which Mankind produced people from The Rock’s past, such as his high school girlfriend and his high school football coach. The segment earned an 8.4 Nielsen rating, one of the highest ratings ever for a Raw segment. 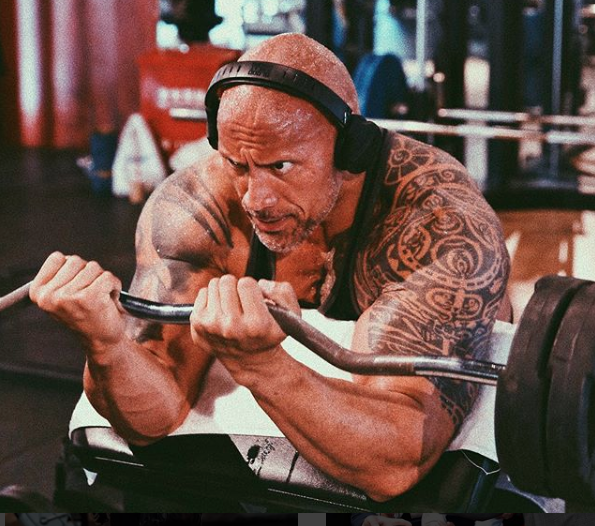 At Royal Rumble on January 23, 2000, The Rock entered the Royal Rumble match and was one of the final two remaining, along with Big Show; Show seemingly intended to throw The Rock over the top rope in a running powerslam-like position, but Rock countered the move on the ring apron, sending Big Show to the floor before re-entering the ring as the winner. 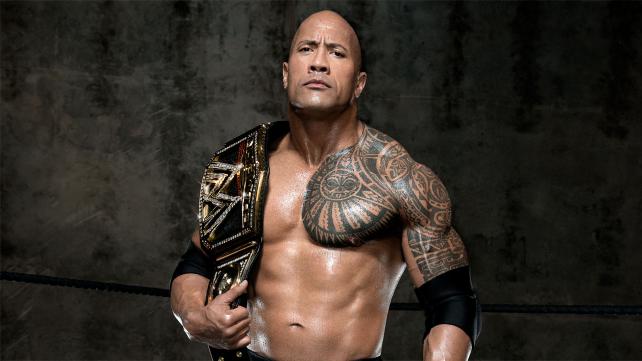 In the following weeks, The Rock continued his feud with Triple H and eventually won his fourth WWF Championship, which he won on April 30 at Backlash after Stone Cold Steve Austin intervened on his behalf.

The Rock returned to the WWF in late July 2001 and had to decide whether to join the WWF or The Alliance (a group of former WCWand ECW wrestlers) during The Invasion, eventually siding with the WWF. At SummerSlam, The Rock defeated Booker T to win the WCW Championship. He lost the title to Chris Jericho at No Mercy. The next night on Raw, he teamed with Jericho to win the WWF Tag Team Championship from The Dudley Boyz. 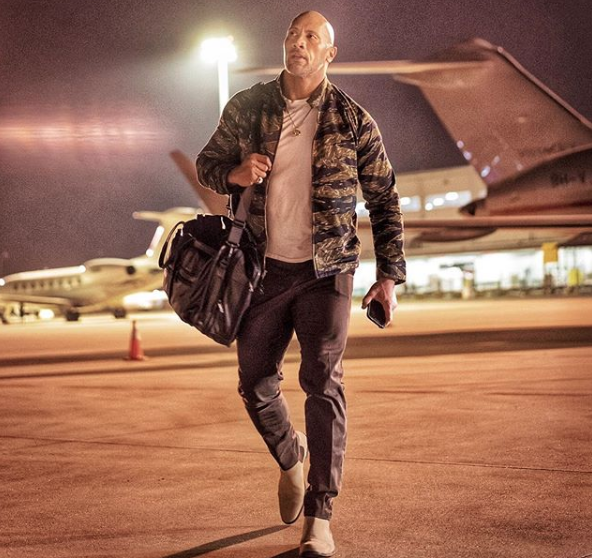 The Rock won his then record-breaking seventh WWF/WWE Championship (which had been renamed the WWE Undisputed Championship after the WWF was renamed to WWE in May 2002) at Vengeance on July 21, defeating Kurt Angle and The Undertaker in a triple threat match. The Rock successfully defended the title at Global Warning in Australia against Triple H and Brock Lesnar by pinning Triple H, who saved The Rock when Lesnar attacked him after the match. At SummerSlam on August 25, after interference from Lesnar’s manager Paul Heyman and the use of a steel chair, The Rock lost the WWE Championship to Lesnar along with the record for the youngest WWE Champion, which he had set in 1998. Following the loss against Lesnar, The Rock publicly declared that whether or not the crowd booed him he would always be the People’s Champion, criticizing the fans in the arena and again taking a sabbatical from wrestling in order to focus on his film career. 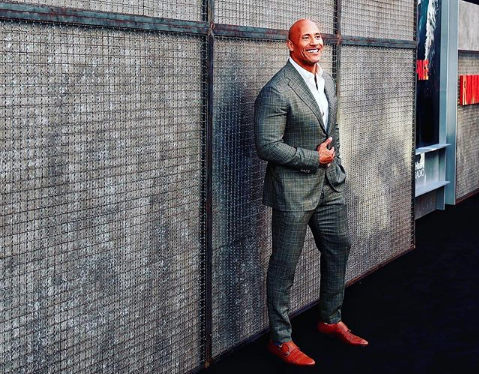 On February 14, 2011, episode of Raw, The Rock was revealed as the host of WrestleMania XXVII, appearing live on Raw for the first time in almost seven years. During a lengthy promo, he addressed the fans, Michael Cole, The Miz and John Cena, calling Cena a “big fat bowl of Fruity Pebbles”, inspiring a popular crowd chant and sign. The Rock claimed to love wrestling, having been born into the business, a claim Cena argued.After numerous appearances via satellite, The Rock appeared live on the Raw before WrestleMania XXVII to confront Cena, with whom he had been feuding through Twitter, making fun of Cena’s clothing and calling him a “homeless Power Ranger” and “Vanilla Ice”. After he and Cena exchanged insults, The Miz and Alex Riley appeared and attacked The Rock; he fended off Miz and Riley, only for Cena to blindside him with an Attitude Adjustment. 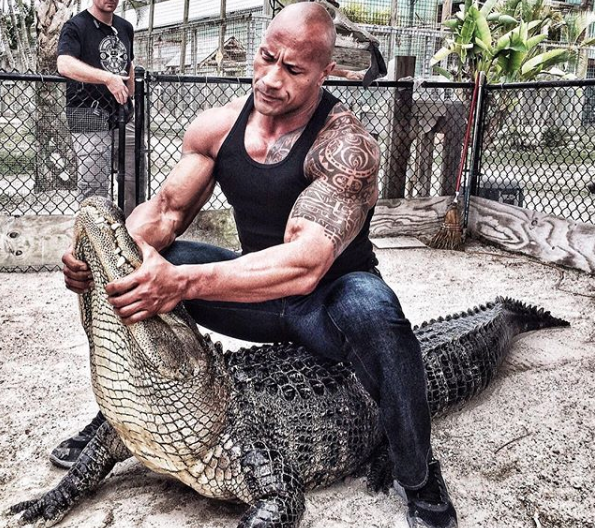 Leading up to WrestleMania, The Rock and Cena had several verbal confrontations on Raw. On March 12, 2012, episode, The Rock hosted his first “Rock Concert” segment since 2004, mocking Cena in his songs. He opined that, having beaten Hulk Hogan and Stone Cold Steve Austin at previous Wrestlemanias, beating Cena would make him the greatest wrestler of all time.On April 1 at WrestleMania XXVIII, The Rock faced Cena in the main event hyped for a year and billed with the tagline “Once in a Lifetime”. When an overconfident Cena attempted the People’s Elbow on The Rock, he countered with a Rock Bottom for the pin and the win. The following night on Raw, The Rock praised Cena for putting up a good fight, calling their match “an honor”. He then vowed to once again become WWE Champion. 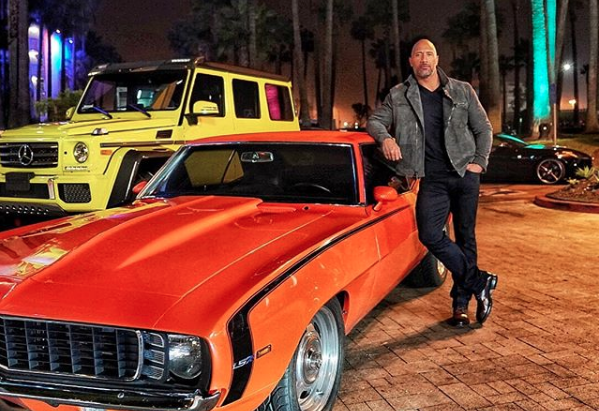 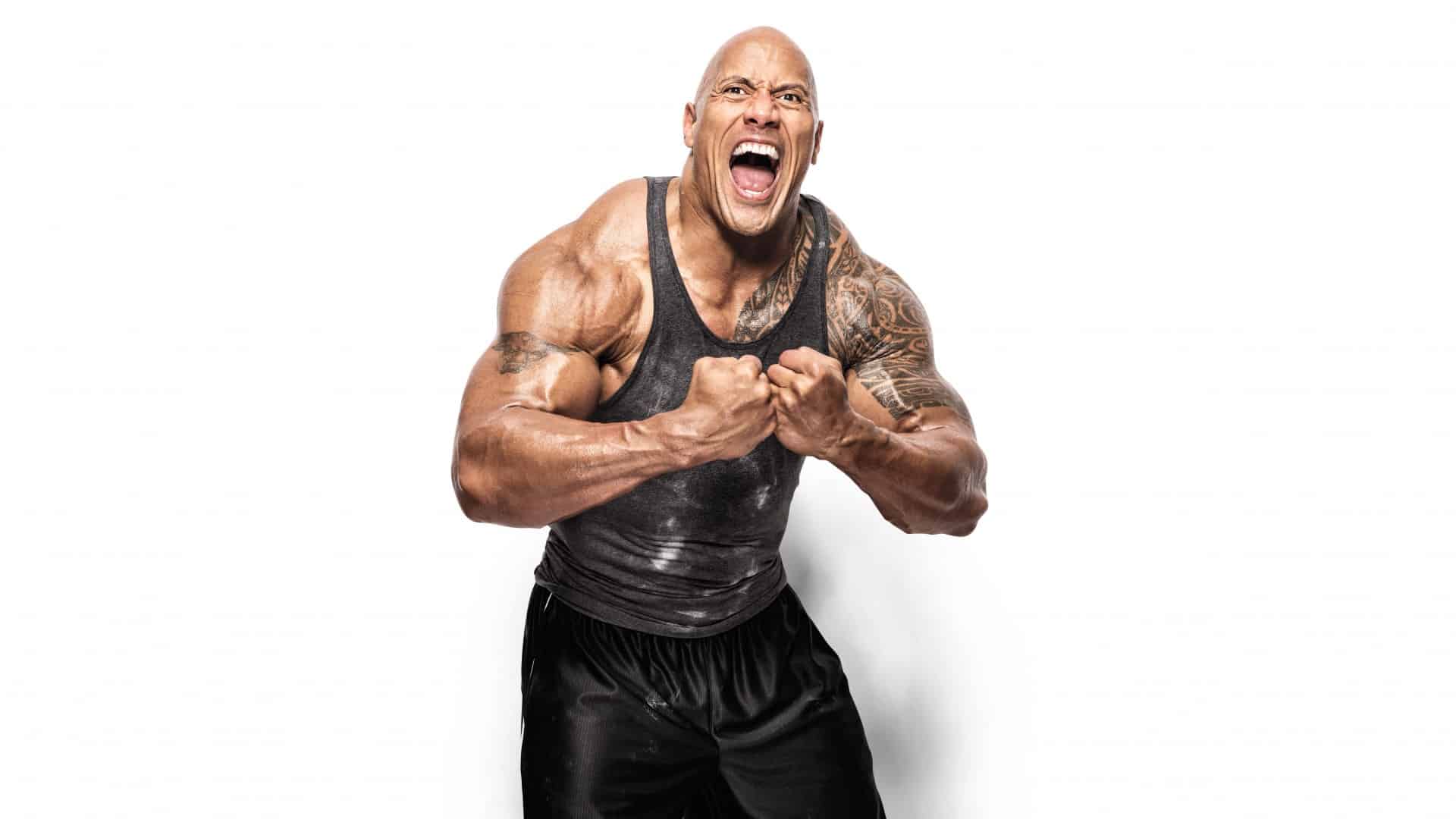 The Rock appeared at the 2015 Royal Rumble event during the main event match, where he helped Roman Reigns fend off Big Show and Kane, and was booed (“for the first time in forever” (2003) as described by Dave Scherer of PWInsider.com) for doing so. The Rock endorsed Reigns’ eventual victory, but the crowd still booed both him and Reigns.The Rock appeared at WrestleMania 31 alongside Ronda Rousey, getting into an in-ring altercation with Triple H and Stephanie McMahon (The Authority). Rock and Rousey prevailed after he attacked Triple H and she overpowered McMahon. On June 27, The Rock appeared at a live event in Boston where he confronted Bo Dallas, giving him a Rock Bottom in the process. 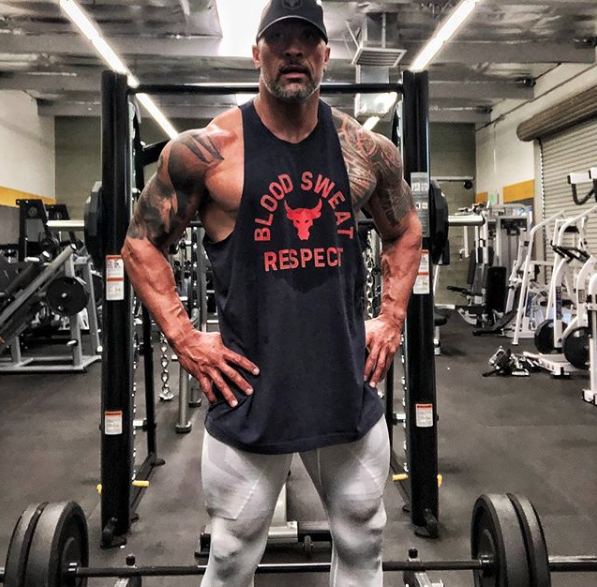 In January 2016, he returned to Raw in a segment which saw him diss Big Show, Lana and Rusev before getting into an altercation with WWE Tag Team Champions, The New Day. At WrestleMania 32, The Rock announced that WWE had broken the all-time WrestleMania attendance record before being interrupted by The Wyatt Family. The Rock defeated Wyatt Family member Erick Rowan in an impromptu match, giving him a Rock Bottom and pinning him in six seconds, which set the record for the fastest win in WrestleMania history. The Rock was then aided by the returning John Cena to fend off the remaining members of The Wyatt Family, Bray Wyatt and Braun Strowman. 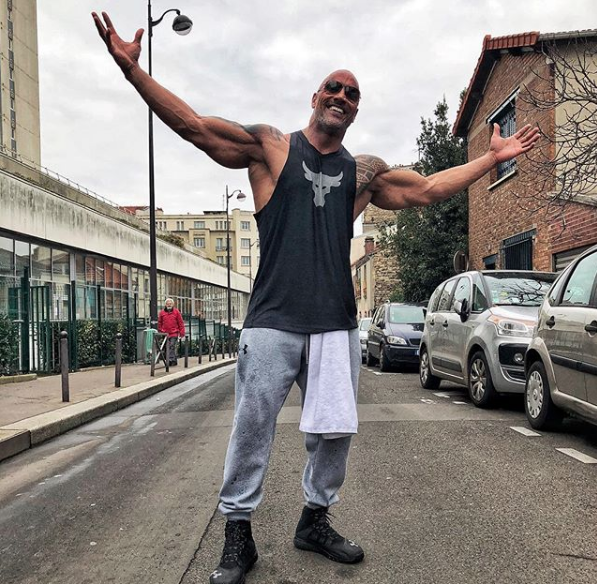 In December 2017, Johnson announced he and Hashian was expecting their second child, a girl.
Tiana Gia Johnson was born on April 17, 2018.