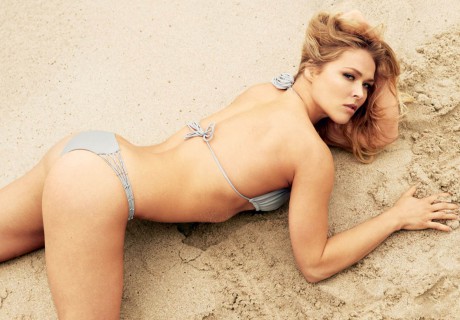 Ronda Jean Rousey  is an American professional wrestler, actress, and former mixed martial artist and judoka. She is currently signed to WWE, performing on the Raw brand.

Rousey was the first American woman to earn an Olympic medal in judo (bronze), which she won at the 2008 Summer Olympics in Beijing. She is the former UFC Women’s Bantamweight Champion, as well as the last Strikeforce Women’s Bantamweight Champion. She won 12 consecutive MMA fights, six in the Ultimate Fighting Championship (UFC), before suffering her first loss, to Holly Holm in November 2015. She won 11 of those fights in the first round, nine of them by armbar submission. She trains under Gokor Chivichyan of the Hayastan MMA Academy, and Edmond Tarverdyan of the Glendale Fighting Club. 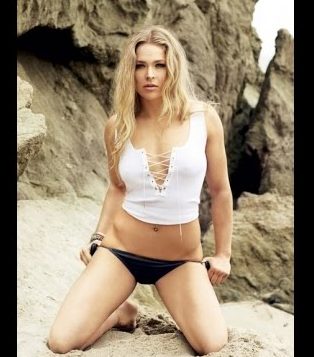 Rousey once dated fellow UFC fighter Brendan Schaub.  later she was rumored to be in a relationship with UFC fighter Travis Browne, who knocked out Schaub in a bout the previous year, after a picture of the two together appeared on Twitter and Browne’s estranged wife Jenna Renee Webb accused the two of seeing one another. In April 2017, Rousey and Browne announced their engagement. The two were married on August 28, 2017 in Browne’s home state of Hawaii.

In May 2015, two magazines ranked Rousey as the most “dominant” active athlete. In September 2015, voters in an online ESPN poll selected Rousey as the Best Female Athlete Ever. Later that month, she claimed to be the UFC’s highest paid fighter, male or female. As of January 2017, Rousey is ranked the #4 female bantamweight fighter in the world according to the UFC, and #9 by Sherdog.

Rousey’s first feature film role was the 2014 film The Expendables 3. In 2015, she had roles in the films Furious 7and Entourage. 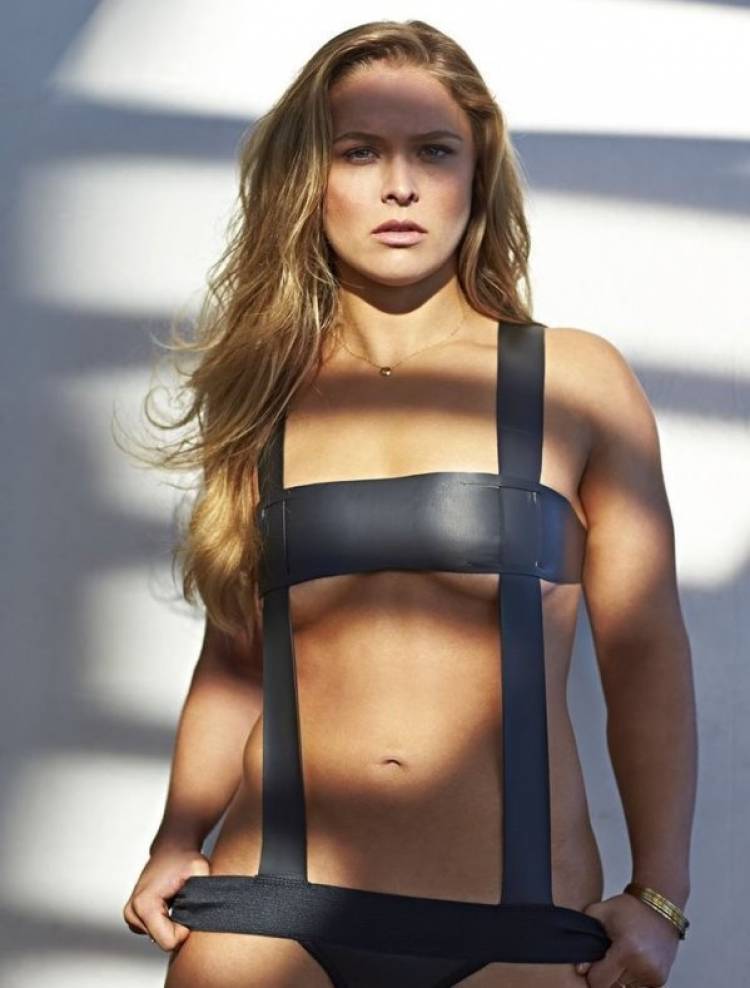 Ronda Jean Rousey was born in Riverside, California on February 1, 1987, the youngest of three daughters of AnnMaria De Mars (née Waddell) and Ron Rousey, for whom she was named. Her mother, a decorated judoka, was the first American to win a World Judo Championship in 1984.

For the first six years of her life, Rousey struggled with speech and could not form an intelligible sentence due to apraxia, a neurological childhood speech sound disorder. She retired from her judo career at 21 and started her MMA career at the age of 22. At 17, Rousey qualified for the 2004 Olympic Games in Athens, becoming the youngest judoka in the entire Games. Rousey lost in her first match to silver medalist Claudia Heill in the 63 kg bracket. Also in 2004, Rousey won a gold medal at the World Junior Judo Championships in Budapest, Hungary.

Rousey made her mixed martial arts debut as an amateur on August 6, 2010 and defeated Hayden Munoz by submission due to an armbar in 23 seconds.

She entered the quarterfinals of the Tuff-N-Uff 145 lbs women’s tournament in November 2010, and submitted promotional veteran Autumn Richardson with an armbar. 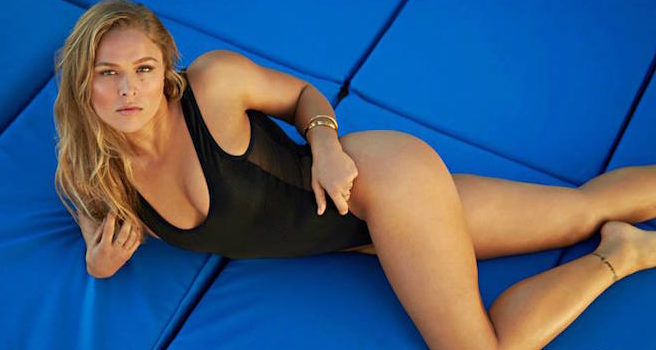 Rousey faced Taylor Stratford in the Tuff-N-Uff tournament semi-finals in January 2011, and won by technical submission due to an armbar in 24 seconds. She then announced plans to turn pro and was replaced in the tournament.  Rousey has a perfect 3-0 record in amateur MMA competition, and the combined duration of all her amateur fights is under 2 minutes 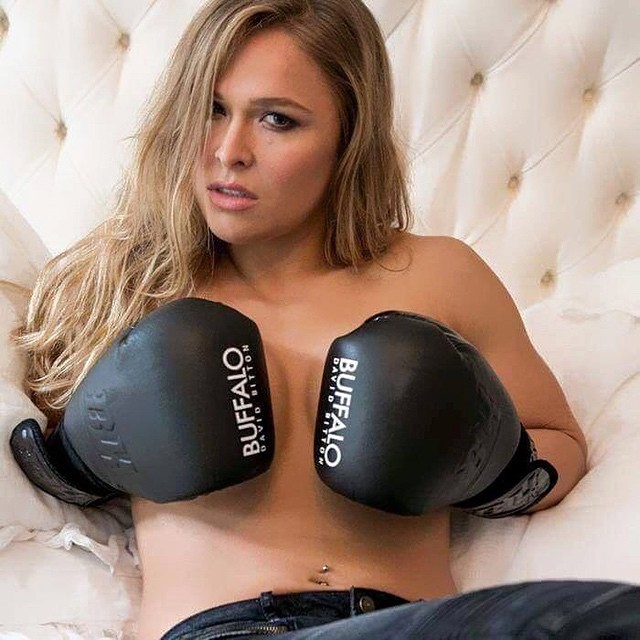 Rousey made her professional mixed martial arts debut in March 2011, at King of the Cage: Turning Point. She submitted Ediane Gomes with an armbar in 25 seconds.

She then faced kickboxing champion Charmaine Tweet in an MMA bout at Hard Knocks Fighting Championship: School of Hard Knocks 12 in June 2011 and submitted Tweet with an armbar in 49 seconds. She then made her Strikeforce debut against Sarah D’Alelio at Strikeforce Challengers 18 main card in August  2011, in Las Vegas, Nevada and defeated D’Alelio by technical submission due to an armbar early in the first round. 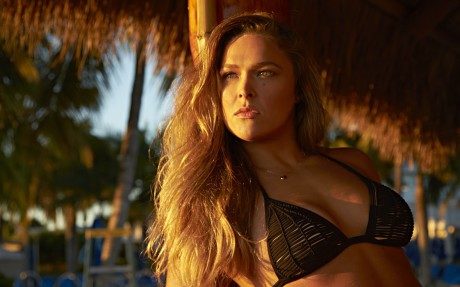 Rousey defended her title against Liz Carmouche in February 2013, at UFC 157. Despite being caught in an early standing neck crank attempt from Carmouche, Rousey got out of it and successfully defended her Bantamweight Championship title, winning the fight at 4:49 into the first round by submission due to an armbar. Carmouche dislocated Ronda Rousey’s jaw during the fight. 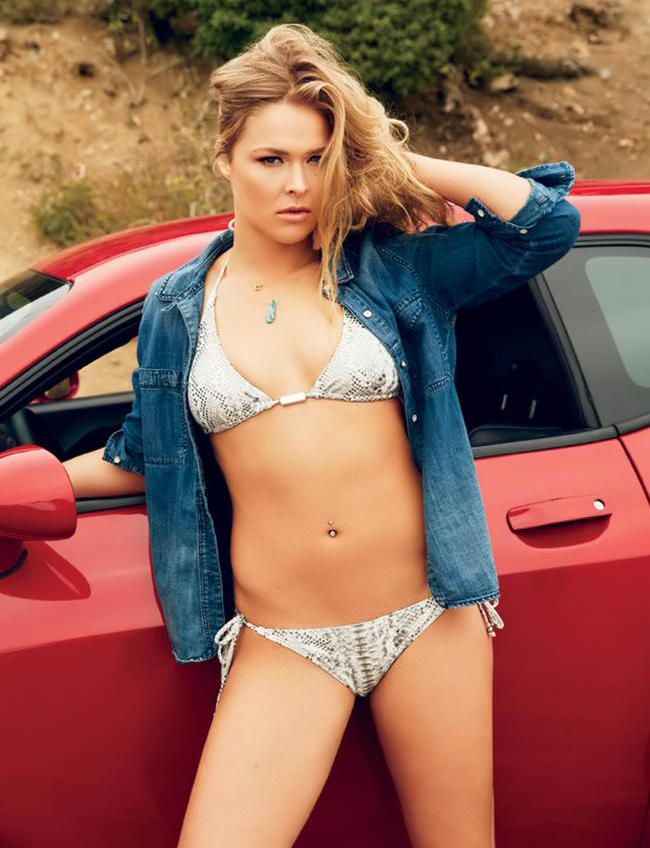 Rousey faced Miesha Tate, in a rematch from Strikeforce, at UFC 168 in December 2013 and submitted Tate via armbar in the third round to retain her Bantamweight Championship.

It was announced at the UFC 168 post-fight press conference that Rousey would defend the UFC Women’s Bantamweight Championship against fellow Olympic medalist and undefeated fighter, Sara McMann in the main event at UFC 170 in February 2014. She won the fight by TKO after knocking down McMann.

She then went on to defend the UFC Women’s Bantamweight Championship against Alexis Davis in the co-main event at UFC 175 in July 2014 and won the fight via knockout just 16 seconds into the first round. 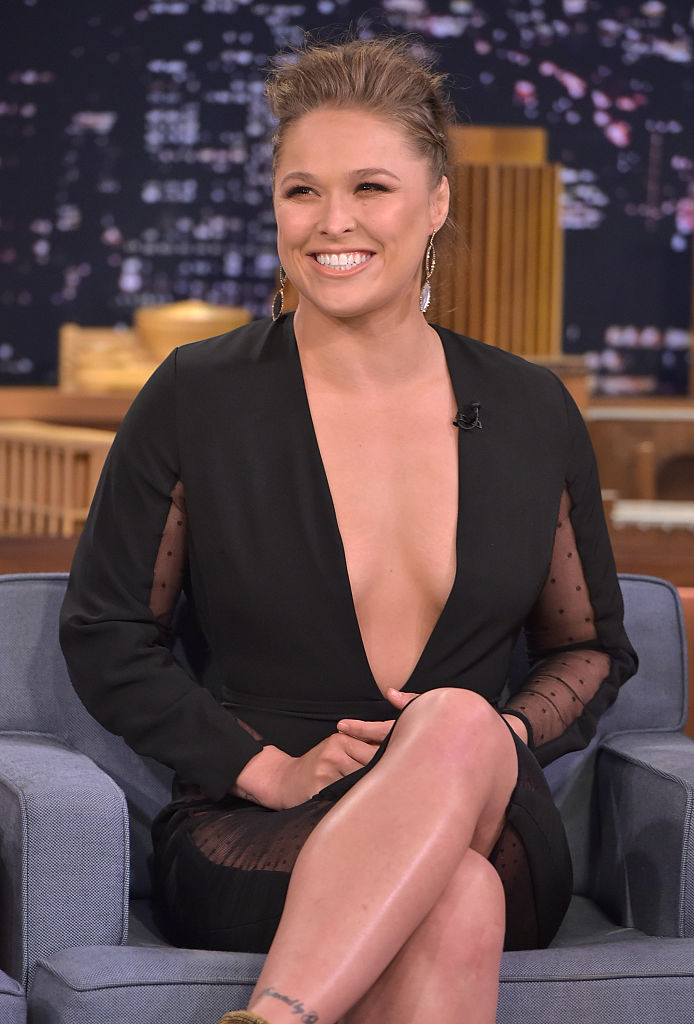 Rousey defeated Zingano at UFC 182 for the women’s bantamweight with an armbar in 14 seconds, the shortest match in UFC championship history.

She then fought Bethe Correia in August2015 at UFC 190, winning the bout by knockout 34 seconds into the first round.

In her seventh title defense, Rousey faced Holly Holm in the main event at UFC 193 in November  2015. Despite being a heavy betting favorite, Rousey was unable to get Holm to the ground and had no answer for Holm’s superior striking. Early in the second round, Holm knocked Rousey out with a high kick to the neck, ending Rousey’s three-year reign as champion. It was also her first loss.

After over a year away from the sport, Rousey returned to face current champion Amanda Nunes on December 30, 2016, in the main event at UFC 207 and lost the fight via TKO. 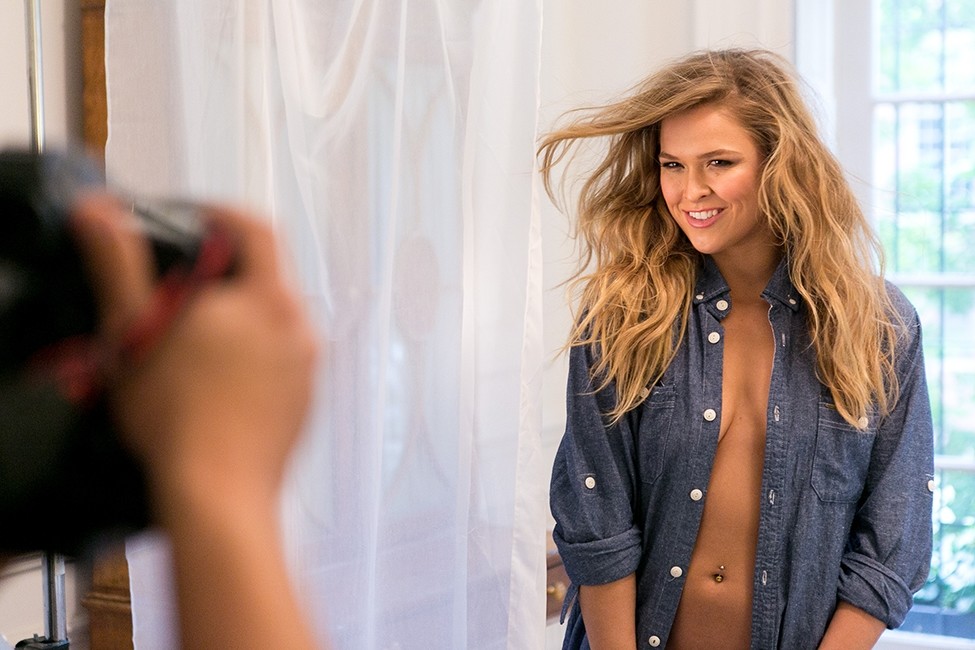 Rousey made a surprise appearance at Royal Rumble on January 28, 2018, confronting Raw Women’s Champion Alexa Bliss, SmackDown Women’s ChampionCharlotte Flair, and Asuka, who had just won the inaugural women’s Royal Rumble match. ESPN immediately revealed during the segment that she had signed a full-time contract with WWE.

On the March 5 episode of Raw, it was announced that Rousey’s in-ring debut would take place at WrestleMania 34.

On 8th april 2018 WWE’s flagship event; it was a mixed tag team match with Kurt Angle and Rond Rousey as her partner, against Stephanie McMahon and Triple H at WrestleMania.

Previous articleLeo Santa Cruz vs Abner Mares to air on Showtime on June 9
Next articlePhotos: The Brock Lesnar Story