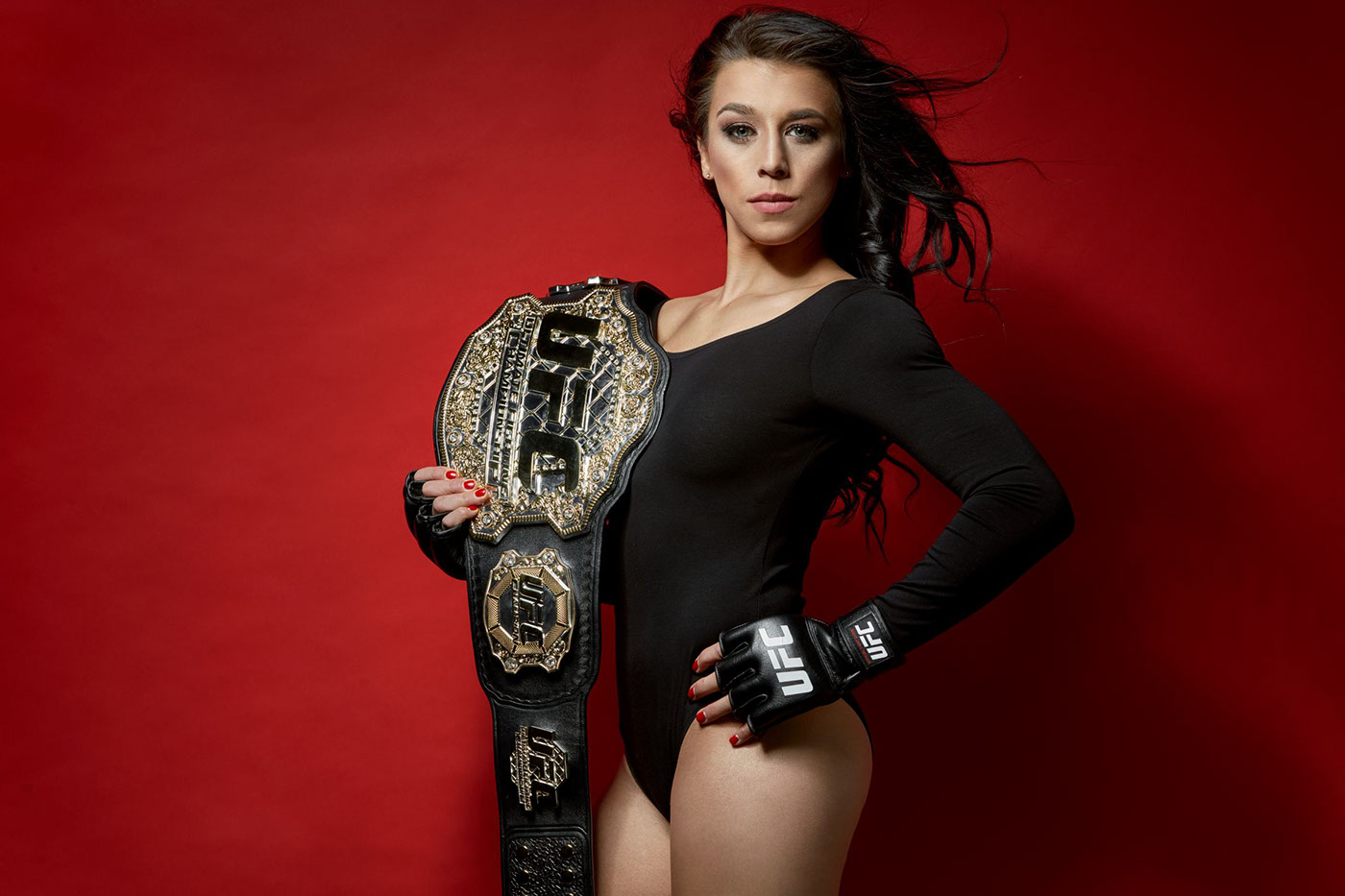 Joanna Jędrzejczyk, born on August 18, 1987,  is a Polish mixed martial artist and former Muay Thai kickboxer who competes in the women’s strawweight division of the Ultimate Fighting Championship.  She is also known by the name, “Joanna Champion” and “Joanna Violence”. 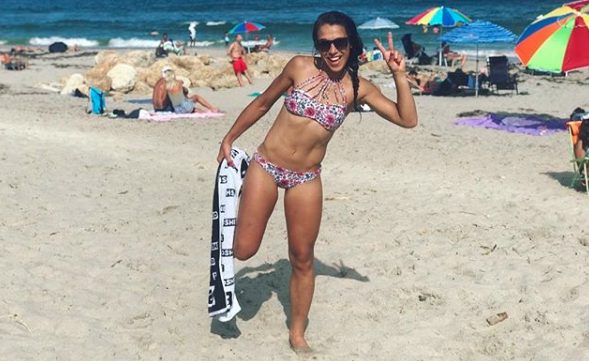 She is the former UFC Women’s Strawweight Champion and she is the third European (and only Polish) champion in UFC history after Bas Rutten in 1999 and Andrei Arlovski in 2005.  Prior to her defeat to Rose Namajunas, she was the #1 pound-for-pound female MMA fighter in the world. She is also currently the #15 pound-for-pound fighter in the UFC mixed gender rankings. She is engaged to Polish native Przemysław Buta. 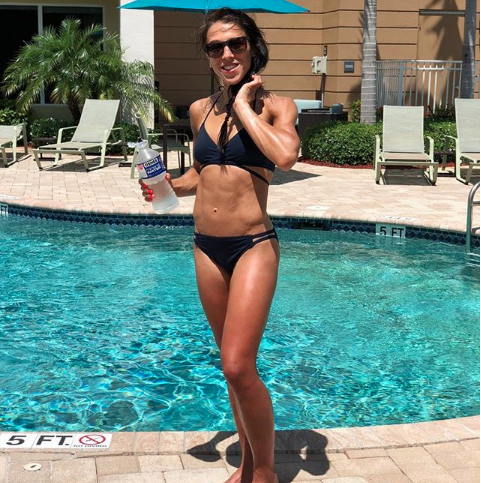 Joanna discovered Muay Thai when she was 16, while taking up fitness, which eventually led her to compete in national and European tournaments. She competed in Muay Thai and kickboxing for 10 years, winning over 60 matches. Her amateur Muay Thai accomplishments include six IFMA world medals (five gold, one silver) and four IFMA Eurpopean championships with a record of 37 wins and 3 losses. During her professional career Jędrzejczyk won five world titles including the WKN World Championship, J Girls Championship, WBKF Championship, WKF European Championship, and the WMC Championship. She holds a professional record of 27-3. 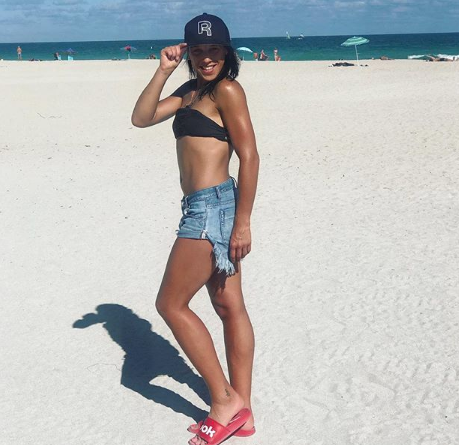 Jędrzejczyk made her professional debut in mixed martial arts (MMA) in May 2012, at SFT – MMA Fight Night Diva SPA against Sylwia Juskiewicz, winning via unanimous decision. In December 2012, at MFC 5 she defeated Lily Kazak by submission via rear-naked choke. In June  2013 at Battle of Moscow 12, she defeated the then #1 Russian WMMA flyweight fighter Julia Berezikova via unanimous decision.

By July 2013, Jędrzejczyk was the #7 women’s flyweight fighter in the world by Fight Matrix.

In June 2014, at Cage Warriors Fighting Championship 69, she defeated Rosi Sexton via knockout in the second round. 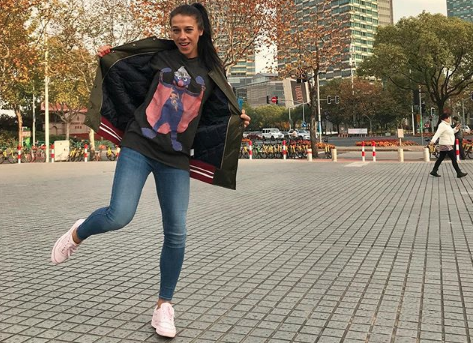 Jędrzejczyk officially signed with the Ultimate Fighting Championship (UFC) in July 2014. She made her promotional debut,  fighting as a strawweight, in July  2014, at UFC on Fox: Lawler vs. Brown against Juliana Lima. She won the fight via unanimous decision. 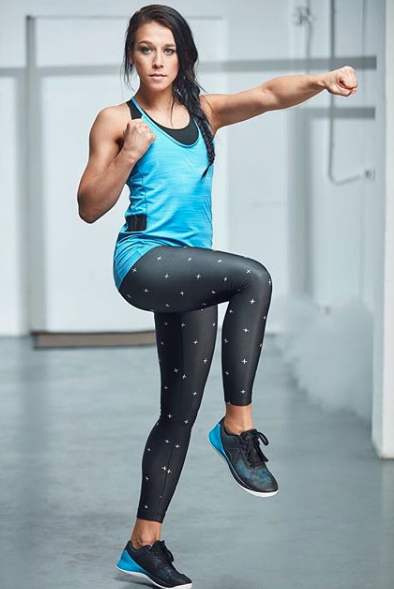 She next faced undefeated strawweight top contender Cláudia Gadelha in December  2014, at UFC on Fox 13 and won the fight via split decision.

Jędrzejczyk faced Carla Esparza for the UFC Strawweight Championship in March 2015, at UFC 185. She won the one-sided bout via TKO in the second round, becoming the first UFC title-holder from Poland and first female European UFC champion.

Her first title defense was against Jessica Penne in June 2015, at UFC Fight Night: Jędrzejczyk vs. Penne in Berlin, Germany. She successfully defended the title against Penne, defeating her in the third round via TKO following a flurry of punches and a knee against the cage. Both participants were awarded Fight of the Night honors. 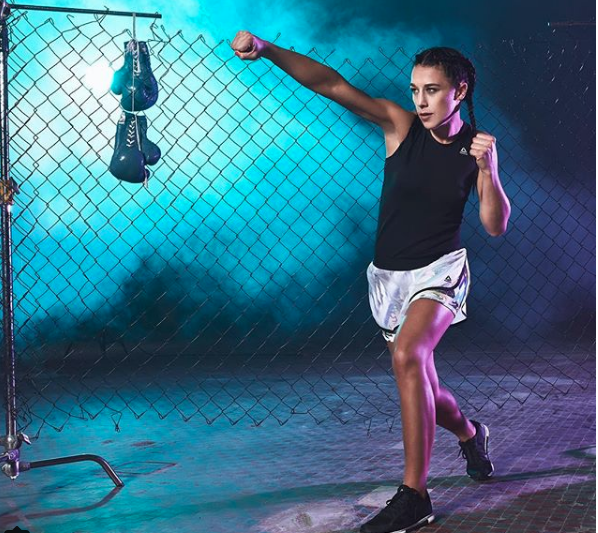 In her second title defense, Jędrzejczyk faced Valérie Létourneau in November 2015, in the co-main event at UFC 193. She won the fight by unanimous decision to retain her title. 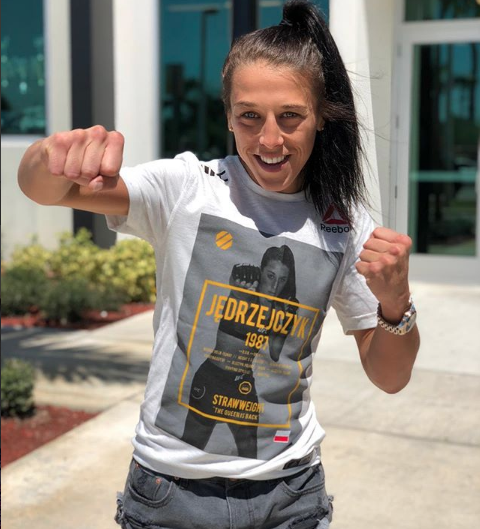 In early 2016, the UFC announced that Jędrzejczyk would be one of the coaches, opposite former opponent Cláudia Gadelhaon The Ultimate Fighter 23. A rematch between the two took place in July 2016, at The Ultimate Fighter 23 Finale in the MGM Grand Garden Arena in Las Vegas, Nevada. She won the fight via unanimous decision.

She successfully defended her title for the 4th consecutive time by defeating fellow Pole Karolina Kowalkiewicz by unanimous decision in November 2016, at UFC 205. 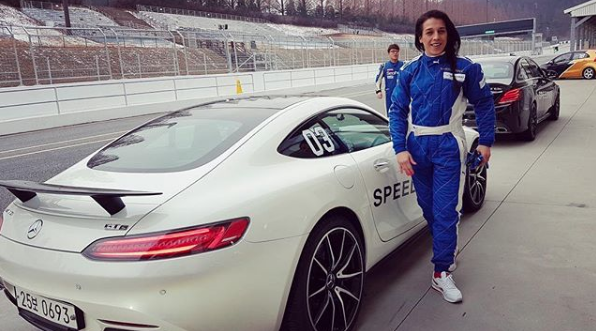 She next  faced Jéssica Andrade on May 13, 2017, at UFC 211. She won the fight via unanimous decision, and successfully defended her title for the fifth consecutive time. 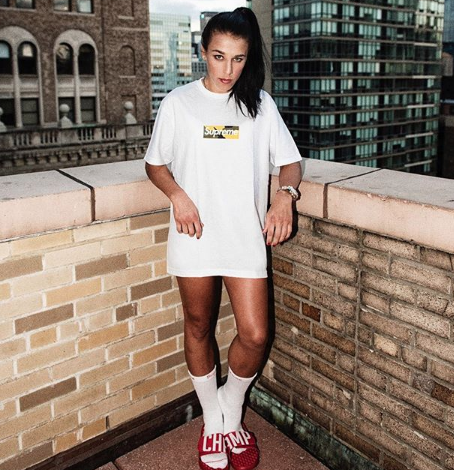 For her sixth title defense, Jędrzejczyk faced Rose Namajunas at UFC 217 in November 2017 and was knocked down early in the first round after Namajuanas threw a left hook. This was Jędrzejczyk’s first loss in her professional MMA career. 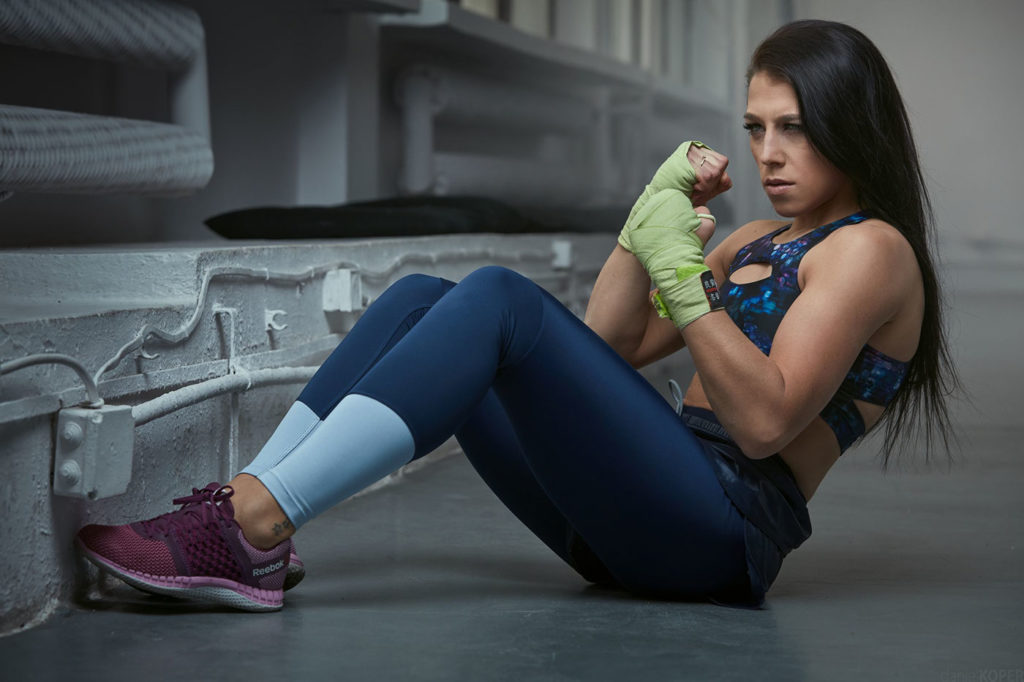 A title fight rematch between Namajunas and Jędrzejczyk took place on April 7, 2018, at UFC 223. She lost the fight via unanimous decision. 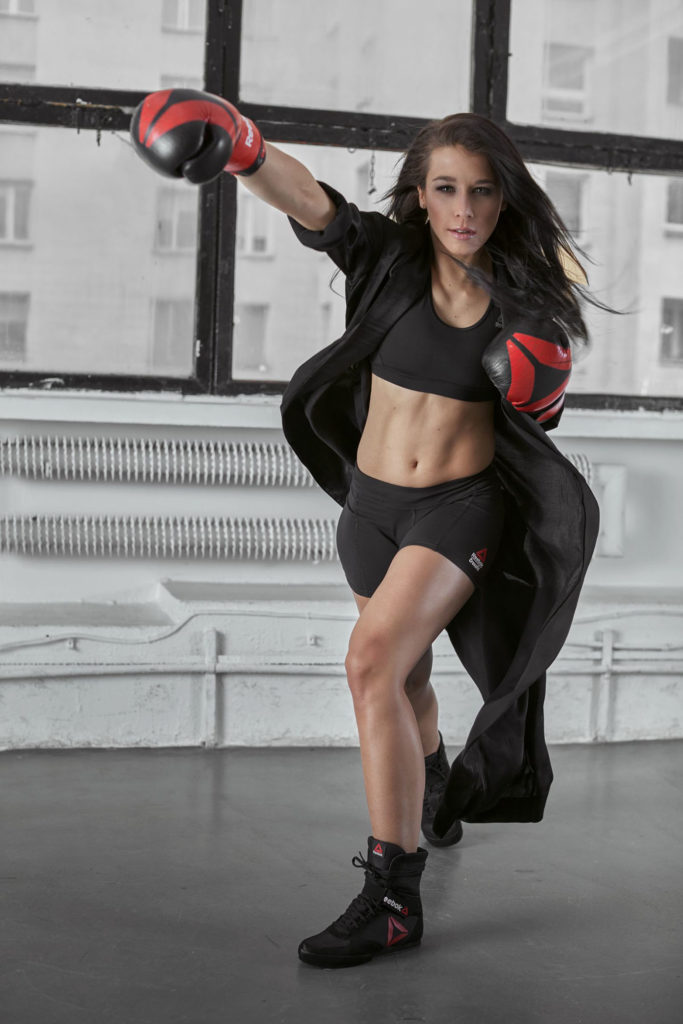 Jędrzejczyk faced Tecia Torres on July 28, 2018, at UFC on Fox 30. She won the fight via unanimous decision 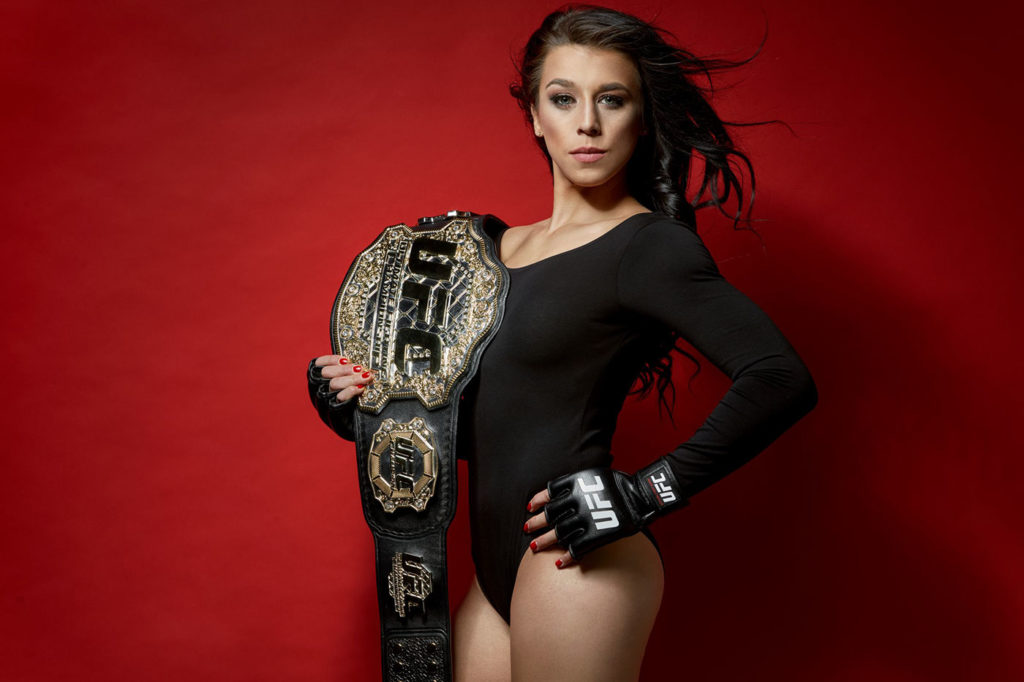