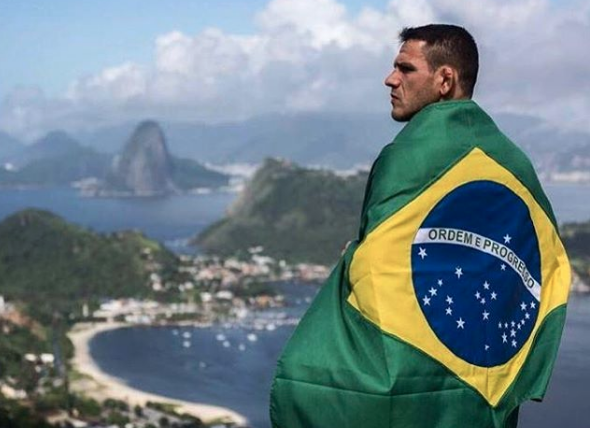 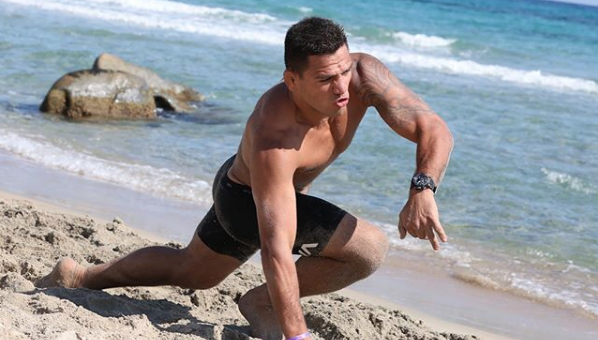 Dos Anjos trains out of Evolve MMA in Singapore and at Team RDA in California; he formerly trained at Kings MMA but left after losing to Eddie Alvarez. He is a Brazilian jiu-jitsu black belt under Aldo “Caveirinha” Januário. He holds notable victories over three former UFC champions: Robbie Lawler, Anthony Pettis, and Benson Henderson. Other notable victories include Neil Magny, Tarec Saffiedine, Donald Cerrone (x2), and Nate Diaz.

In a 2014 interview, dos Anjos stated that he was a troubled child, getting into fights in his hometown Niterói, Rio de Janeiro. He originally started training Brazilian jiu jitsu under Daniel Matheus at age of nine. According to dos Anjos, he stopped fighting on the streets when he began training jiu jitsu and turned to be a high-level black belt in Brazilian jiu-jitsu. 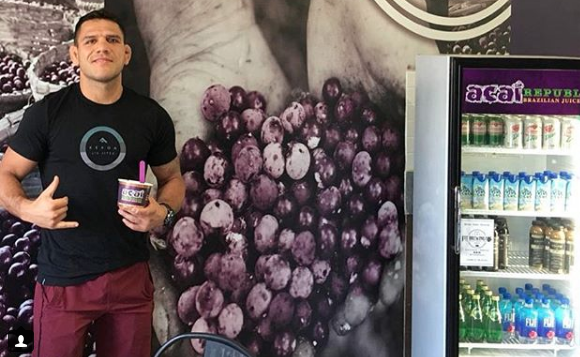 The majority of dos Anjos’ early career took place in his native country of Brazil. He would start off his career with a record of 2-2, with both losses coming by way of split decision. Dos Anjos would then rack up 9 straight victories, which included 6 submissions. His 11-2 record in regional circuits would be enough to get a call from the UFC.

Dos Anjos made his UFC debut at UFC 91, losing to Jeremy Stephens. The fight was stopped in the third round after an uppercut knocked out dos Anjos.

For his second UFC fight, dos Anjos was next given Tyson Griffin at UFC Fight Night 18. The fight was a back-and-forth battle that showcased heart, skill, and technique from both fighters but ended in a unanimous decision loss for dos Anjos. The bout was awarded Fight of the Night honors. 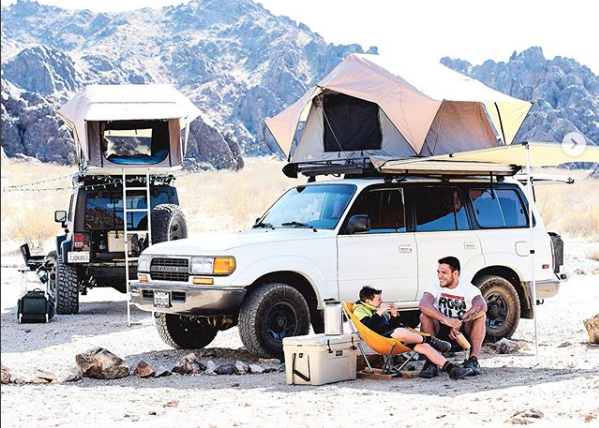 Dos Anjos was scheduled to fight Matt Wiman on September 19, 2009 at UFC 103, but due to a knee injury suffered by Wiman, he instead faced Rob Emerson. Dos Anjos got a much-needed win by unanimous decision.

He then defeated Kyle Bradley via unanimous decision at UFC Fight Night 20.

At UFC 112, dos Anjos defeated Terry Etim via second round armbar submission, earning him Submission of the Night honors.

Dos Anjos faced Clay Guida on August 7, 2010 at UFC 117 and was defeated by submission.

He next fought George Sotiropoulos on July 2, 2011 at UFC 132, knocking out Sotiropoulos cold in the first round with a right hand. 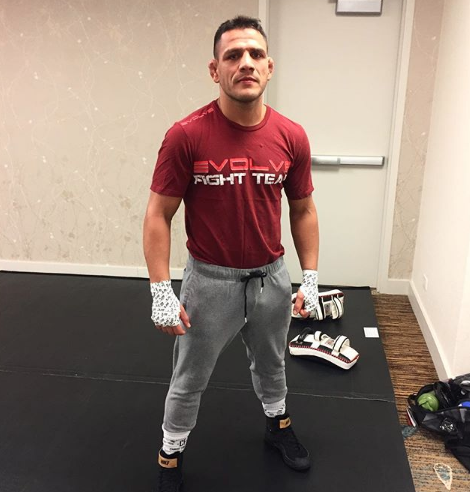 Dos Anjos faced Gleison Tibau on November 19, 2011 at UFC 139 and was defeated by split decision.

he then faced Kamal Shalorus on May 15, 2012 at UFC on Fuel TV: Korean Zombie vs. Poirier and submitted him via rear-naked choke in the first round.

After taking virtually no damage in the fight against Shalorus, dos Anjos quickly returned to face Anthony Njokuani on July 11, 2012 at UFC on Fuel TV: Munoz vs. Weidman, replacing an injured Paul Taylor. He won the fight via unanimous decision, dominating Njokuani both in striking and grappling. 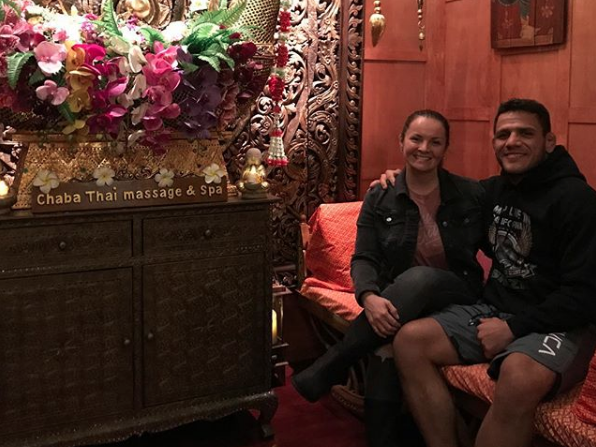 In November, 2012 at UFC 154, he faced Mark Bocek and won the fight via unanimous decision, once again having the edge in both standup and ground fighting.

Dos Anjos next faced Evan Dunham on May 18, 2013 at UFC on FX 8. He won the fight via unanimous decision. However, there was some controversy, as 10 out of 10 media outlets scored the bout in favor of Dunham.

Dos Anjos faced Khabib Nurmagomedov on April 19, 2014 at UFC on Fox 11 and lost the fight via unanimous decision. 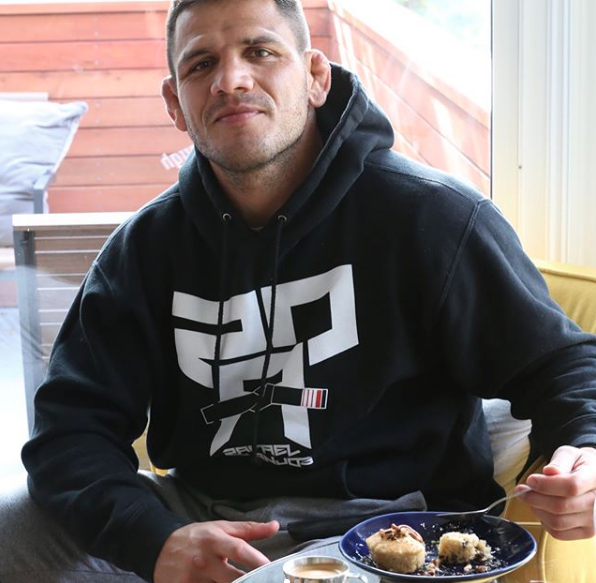 He then faced Jason High in June 2014 at UFC Fight Night 42. He won the fight via TKO due to punches in the second round.

Dos Anjos headlined UFC Fight Night 49 against Benson Henderson on August 23, 2014. He won the fight via knockout in the first round after dropping Henderson with a flying knee and rendering him unconscious with a follow-up left hook. The win also earned him his first Performance of the Night bonus award and made him the only man to stop Henderson by strikes. 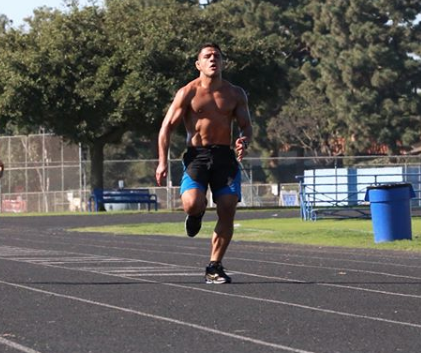 Dos Anjos faced Nate Diaz on December 13, 2014 at UFC on Fox 13. He won the fight by unanimous decision. He dominated the first two rounds with superior striking and vicious leg kicks with the third round being controlled by dos Anjos on the mat.

Dos Anjos faced Anthony Pettis for the UFC Lightweight Championship on March 14, 2015 at UFC 185. Dos Anjos won the bout via unanimous decision in a dominant fashion, earning him the UFC Lightweight Championship. After the fight, dos Anjos revealed that he had torn his MCL only a few weeks before the bout. The win once again earned him a Performance of the Night bonus award. 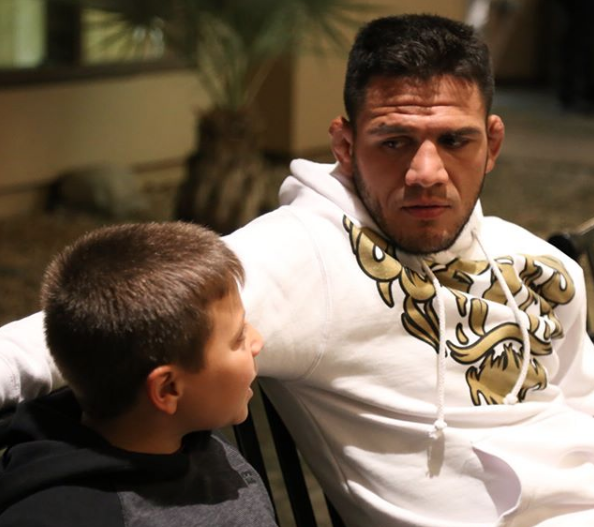 For his first title defense, dos Anjos faced Donald Cerrone in the main event at UFC on Fox 17 on December 19, 2015. He won the fight via TKO at just 66 seconds into the first round, resulting in the fastest finish in UFC Lightweight title history. The win also earned dos Anjos his third Performance of the Night bonus award.

Dos Anjos was expected to face Conor McGregor on March 5, 2016 at UFC 196 for his second title defense of the lightweight belt. However, it was announced on February 23 that dos Anjos had been forced out of the fight after breaking his foot during training. 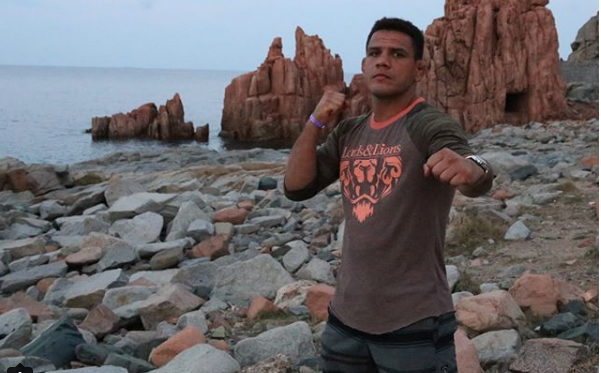 In his second title defense, dos Anjos faced Eddie Alvarez on July 7, 2016 at UFC Fight Night 90. Despite closing as a three-to-one favorite to win the fight, he lost the bout via TKO in the first round. Reports arose after the Alvarez fight that dos Anjos had passed out for three minutes moments before going out to fight, and that this was due to the effects of the gruelling weight cut.

Dos Anjos next faced Tony Ferguson on November 5, 2016 at The Ultimate Fighter Latin America 3 Finale. He lost the fight via unanimous decision. Both participants were awarded Fight of the Night for their performance. 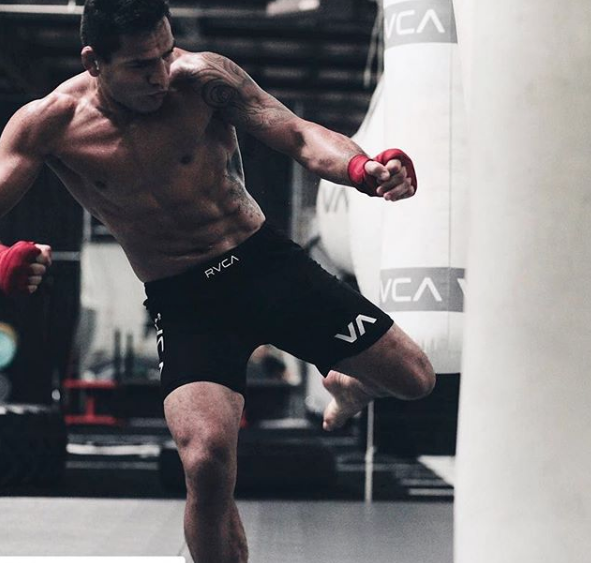 Move up to welterweight

Dos Anjos faced Neil Magny on September 9, 2017 at UFC 215. He won the fight via arm-triangle choke submission in the first round. This win also earned dos Anjos his fourth Performance of the Night bonus award.

He then faced Robbie Lawler on December 16, 2017 in the main event at UFC on Fox: Lawler vs. dos Anjos. Dos Anjos’ fight plan relied heavily on low leg kicks and constant combos consisting of body shots and leg kicks. He won the fight by unanimous decision. 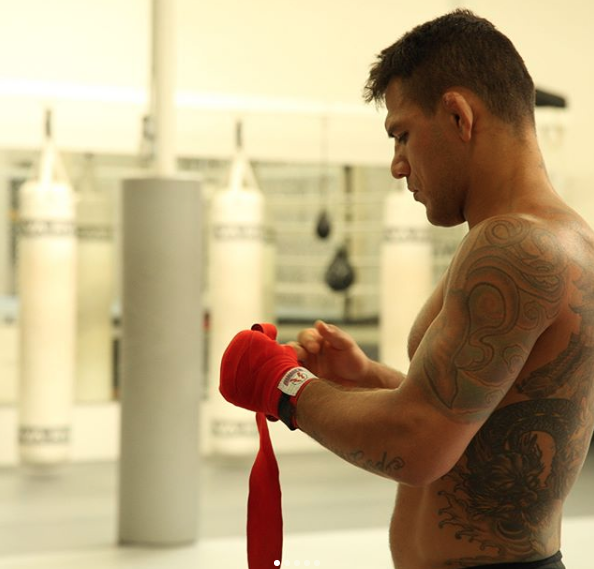 Previous articleUFC: Justin Gaethje ready to include wrestling in his game plan after loss to Dustin Poirier
Next articleWWE: Goldberg gives his thoughts on his last WWE Championship run, Hall of Fame Ceremony