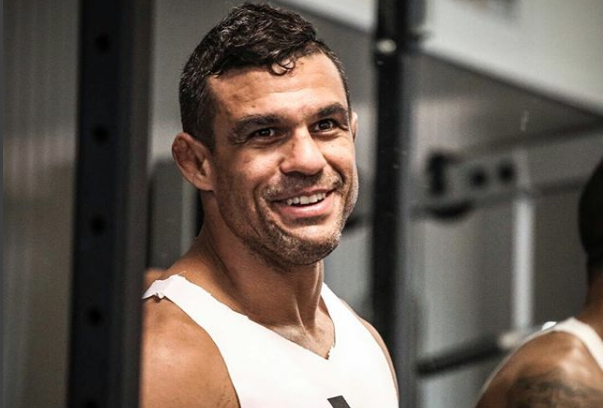 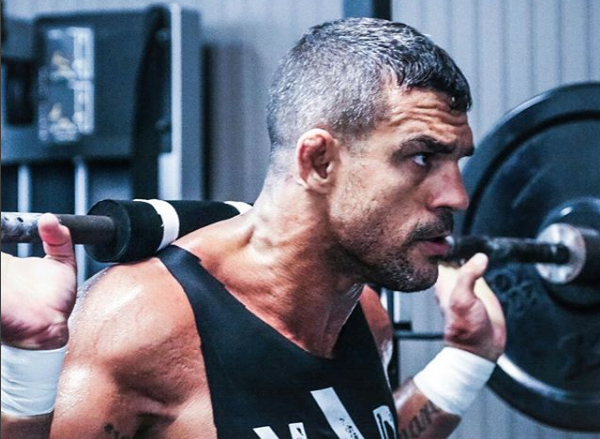 As of February 25, 2018, he is the #10 contender in official UFC Middleweight rankings. Known for his explosive knockout power, Belfort holds the joint record for the most finishes in UFC history with 14.

Belfort was born and raised in Rio De Janeiro, Brazil. He began training in boxing at the age of 12 under Claudio Coelho. He later studied Brazilian jiu-jitsu with Carlson Gracie, who gave him his black belt. Gracie scouted Belfort at the Brazilian National Jiu-Jitsu Championships, where he won the Absolute and Heavyweight titles for blue belts under age 18. Belfort, 17 at the time, was invited to compete at Gracie’s gym where he trained with the likes of Murilo Bustamante, Ricardo Loborio, Ricardo De La Riva, Mario Sperry, and Wallid Ismail. 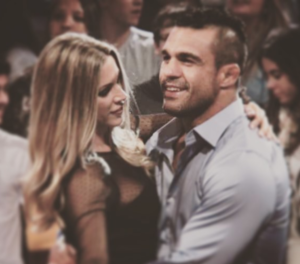 At the age of 19, Belfort came to the United States to compete. In his first sanctioned mixed martial arts match, an event called Superbrawl in Hawaii, his opponent was Jon Hess, whom the young Brazilian defeated in 12 seconds by knockout, despite Hess having a seven-inch height advantage and an over 100-pound weight advantage over Belfort.

He was given the nickname “The Phenom” as soon as he moved on to compete in the UFC. He beat two fighters in his debut event in the UFC, winning the UFC 12 Heavyweight Tournament. 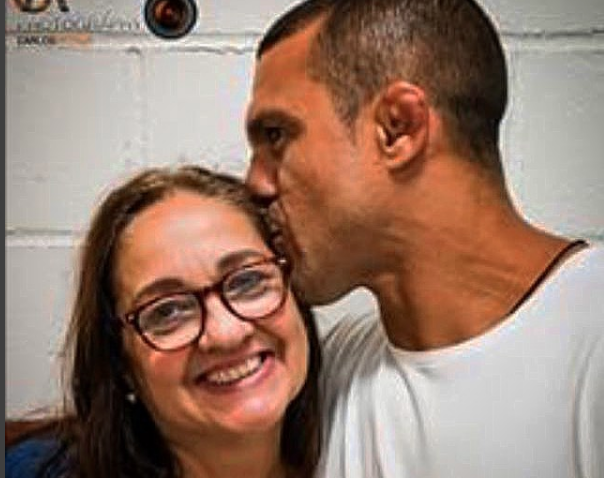 At age 19, Belfort became the youngest fighter to score a victory inside the octagon. Belfort’s next match saw him score a technical knockout (TKO) against the UFC 6 runner-up Tank Abbott in a non-tournament fight, knocking Abbott down and finishing him with a ground and pound attack.

Soon after getting defeated by American Greco-Roman wrestler Randy Couture by TKO in the first round, he went against Joe Charles and defeated him via armbar. A year later, Belfort faced rising Brazilian star and future PRIDE Middleweight Champion Wanderlei Silva and knocked him out by TKO in just 44 seconds. 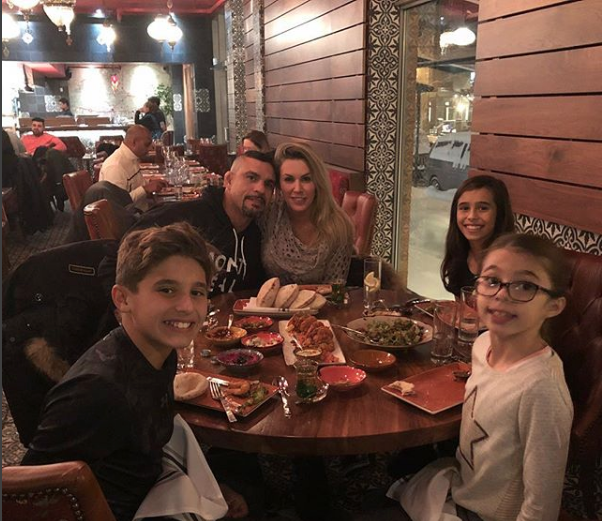 He fought in PRIDE against Alistair Overeem, Gilbert Yvel, Daijiro Matsui, Bobby Southworth, and Heath Herring. For these matches Belfort used his stand-up striking skills less and instead controlled the fights and won by ground-and-pound tactics, with the exception of his fight with Southworth, which he won via rear-naked choke in the first round. However, in the opening round of the 2005 Middleweight Grand Prix he faced Alistair Overeem losing via first-round guillotine chok

His next fight was in January 2004, a rematch with Randy Couture for the UFC Light Heavyweight Championship. Vitor won the fight in 49 seconds. A third match between the two took place in August 2004. Couture won via doctor stoppage after the third round, recapturing the title.

Vitor then fought in Strikeforce for a rematch with Alistair Overeem and was defeated via unanimous decision. 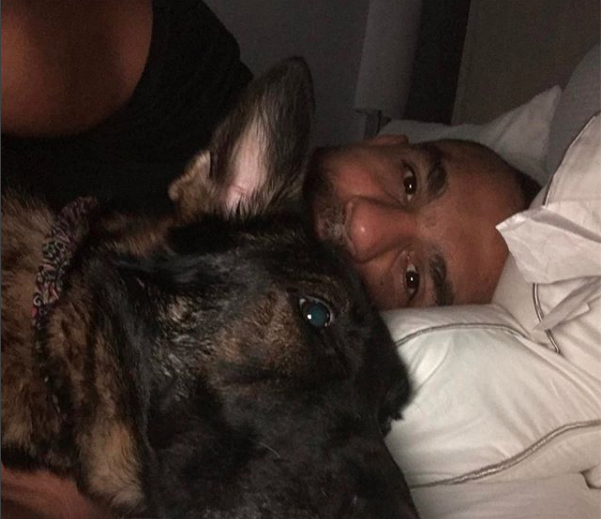 Vítor Belfort defeated Ivan Serati by TKO at Cage Rage 21 in England in April 2007. He then defeated James Zikic in September 2007 at Cage Rage 23 to claim the Cage Rage light heavyweight title in a unanimous decision. He entered the fight with a broken hand and during the fight threw minimal punches and utilized takedowns and ground and pound techniques.

During a press conference, Dana White announced that the UFC had re-signed Belfort to a contract. His first match was against Rich Franklin at a catchweight of 195 lbs, headlining UFC 103, which he won by knockout three minutes and two seconds into the first round.

He next faced Anderson Silva at UFC 122 and lost by knockout after getting hit with a front kick to the face.

Then he faced Anthony Johnson in January 2012 at UFC 142 and won via rear naked choke in the first round, his first submission win in over a decade.

Belfort replaced Lyoto Machida in a bout against Jon Jones at UFC 152 for the UFC Light Heavyweight Championship and was submitted via keylock at 0:54 of the fourth round.

Belfort returned to face Michael Bisping in January 2013 at UFC on FX: Belfort vs. Bisping, winning via TKO due to a head kick and punches at 1:27 of the second round. 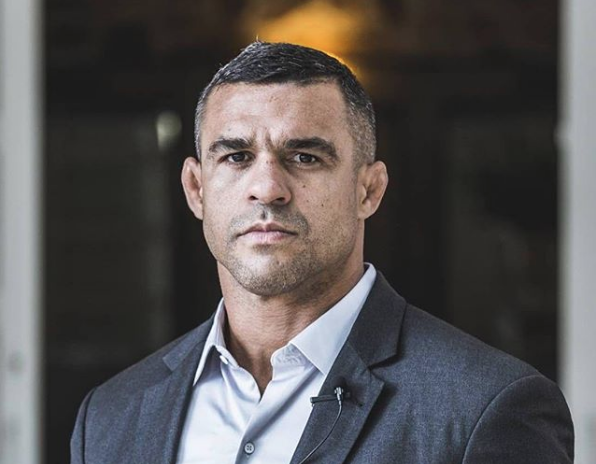 He next faced the final Strikeforce Middleweight Champion and promotional newcomer Luke Rockhold in May 2013 at UFC on FX: Belfort vs. Rockhold and won the fight via knockout in the first round.

Belfort then faced Dan Henderson at light heavyweight in a rematch in November 2013 at UFC Fight Night 32 and defeated Henderson via first-round knockout to become the first person to defeat Henderson via strikes. The win also earned Belfort his fifth Knockout of the Night bonus award.[

After a lot of delay, the bout with Weidman eventually took place on May 23, 2015 at UFC 187. Belfort found initial success with a flurry of punches early in the opening of the first round, but Weidman survived them, secured a takedown, achieved the mount position and defeated Belfort via TKO due to punches.

Belfort faced Dan Henderson in a rubber match at UFC Fight Night 77 in November 2015. He again defeated Henderson and also earned Belfort his first Performance of the Night bonus award. 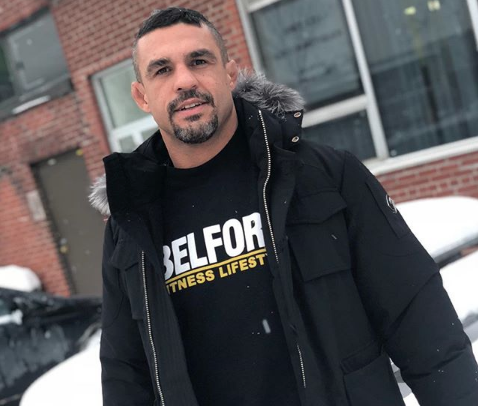 Belfort next faced Ronaldo Souza in May 2016 at UFC 198 and lost the fight via TKO in the first round.

A long discussed fight with Gegard Mousasi took place in October 2016 at UFC 204. Belfort lost the fight via TKO in the second round. 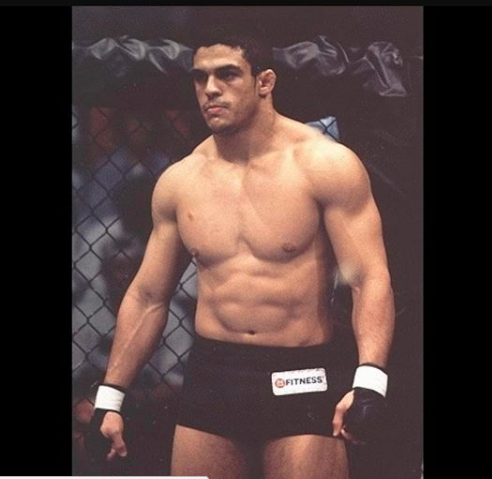 Belfort faced Kelvin Gastelum in March 2017 at UFC Fight Night 106 and lost the fight via a combination of punches in the first round resulting in a K.O. However, Gastelum subsequently tested positive for marijuana and the result was overturned to a No Contest.

He next faced Nate Marquardt in June 2017 at UFC 212 and won the fight by unanimous decision, his first decision win in nearly a decade. He currently holds a professional record of 26 wins and 13 losses.

Previous article
WWE: AJ Styles says he’s not the best wrestler in the world
Next article
WWE: Triple H is excited to be a part of Ronda Rousey’s in-ring debut.