Pilò refuses to talk trash on Kennedy ahead of Bra 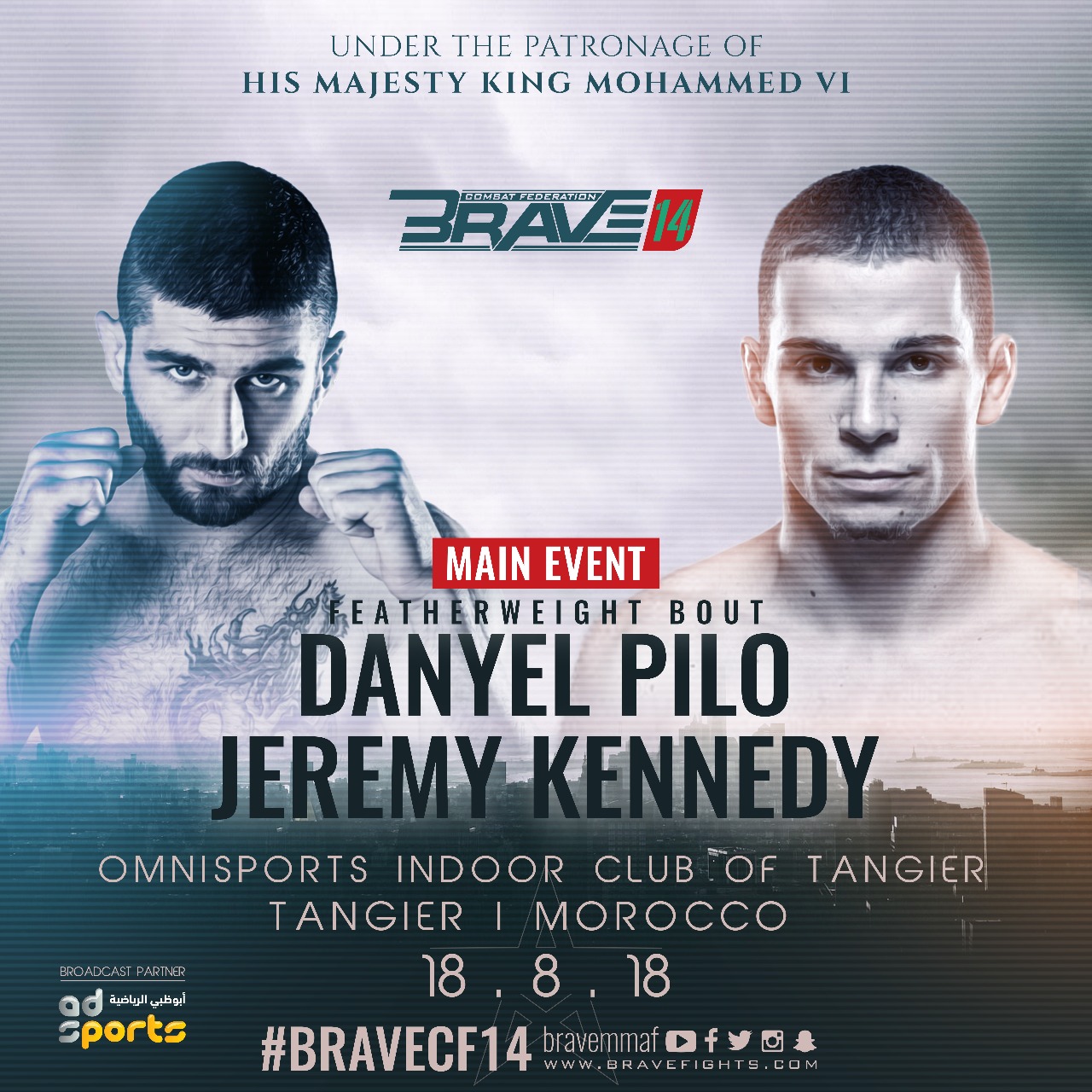 Danyel Pilò has been a staple of Italy’s growing MMA scene and he now has a chance to showcase his abilities worldwide. The Featherweight fighter has signed with Brave Combat Federation and will make his promotional debut at the biggest stage possible: he takes on former UFC fighter Jeremy Kennedy at Brave 14’s main event.
The event will take place at the Omnisports Indoor Club in Tangier, Morocco, on August 18th, and Pilò will lead the first-ever global MMA card in Africa. As he’s aware of his responsibilities, the Italian refuses to talk trash on his opponent, a trait that has perhaps delayed his entry into world-class events.

“I have a lot of respect for Jeremy Kennedy. He’s a tough and talented fighter and it’s amazing that I have the opportunity to face a guy like him. I’m honored to face him. I also want to thank Brave for giving me the opportunity to fight on a world-class level and for a top promotion”, said Danyel upon learning he would be facing Kennedy.
Pilò will come in for his Brave Combat Federation debut on the back of four straight wins and finishes (two KOs and two submissions). His overall MMA record counts 10 victories, only one defeat, and two draws.
Aside from an explosive main event, Brave 14 will also have two important bouts for the Welterweight and Bantamweight divisions: Sidney Wheeler faces newcomer Abdoul Abdouraguimov at 77 kg, while Felipe Efrain takes on Arnold Quero at 61 kg.