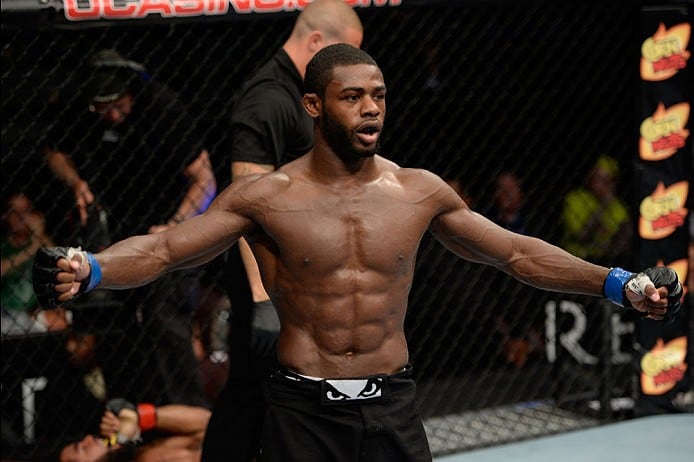 The No. 2 ranked bantamweight in the world Aljamain Sterling is not pleased with the news of Dominick Cruz getting a title shot ahead of him.

“The Funk Master” has proven to be a top fighter in the 135 pound weight class. He has won his last four fights which includes a decision victory over Pedro Munhoz. Only Marlon Moraes is ranked ahead of him in the rankings. However, the fact that Moraes has already been beaten by Cejudo makes Aljamain the most eligible contender in line for a shot.

“Anyways kids I have been thinking, Daddy’s been having really tough fights lately,” Cejudo said in a video posted to Instagram, pretending to read a story to his title belts. “This last year and a half, he has fought Demetrious Johnson the greatest of all time: beat him. TJ Dillashaw, the greatest bantamweight of all time: beat him. He also beat the killer in Marlon Moraes. Daddy wants an easy fight, kids. I want someone I can break, I want somebody brittle, I want somebody easy.”

Cejudo has, instead, called for a tune-up fight with the former champion Dominick Cruz. And if Cruz is to be believed the the UFC is interested in pairing him up with Cejudo. For Sterling this is not good news. He recently took to Twitter to share his disappointment. He also challenged Cruz to an interim title fight.

Fuck all this Dominick Snooze bullshit! Win a motherfucking fight first before trying to cut the line! I worked my ass off while you sat your flat-ass butt behind a desk. Take a number and join the damn queue or step up and fight me for the interim belt if you want that smoke! 💯 https://t.co/157HiLZG17

“F**k all this Dominick Snooze bulls**t! Win a motherf**ing fight first before trying to cut the line! I worked my ass off while you sat your flat-ass butt behind a desk. Take a number and join the damn queue or step up and fight me for the interim belt if you want that smoke!” – Aljamain Sterling on Twitter.

Who do you think should get a fight with the Triple C first – Aljamain or Cruz?

Previous article
Friday Fighter of the Week: Akshata Khadtare
Next article
UFC: Joanna Jedrzejczyk claims she is one win away from UFC title shot!