Play producer threatened in Dagestan – who needs a censor when you have Khabib? 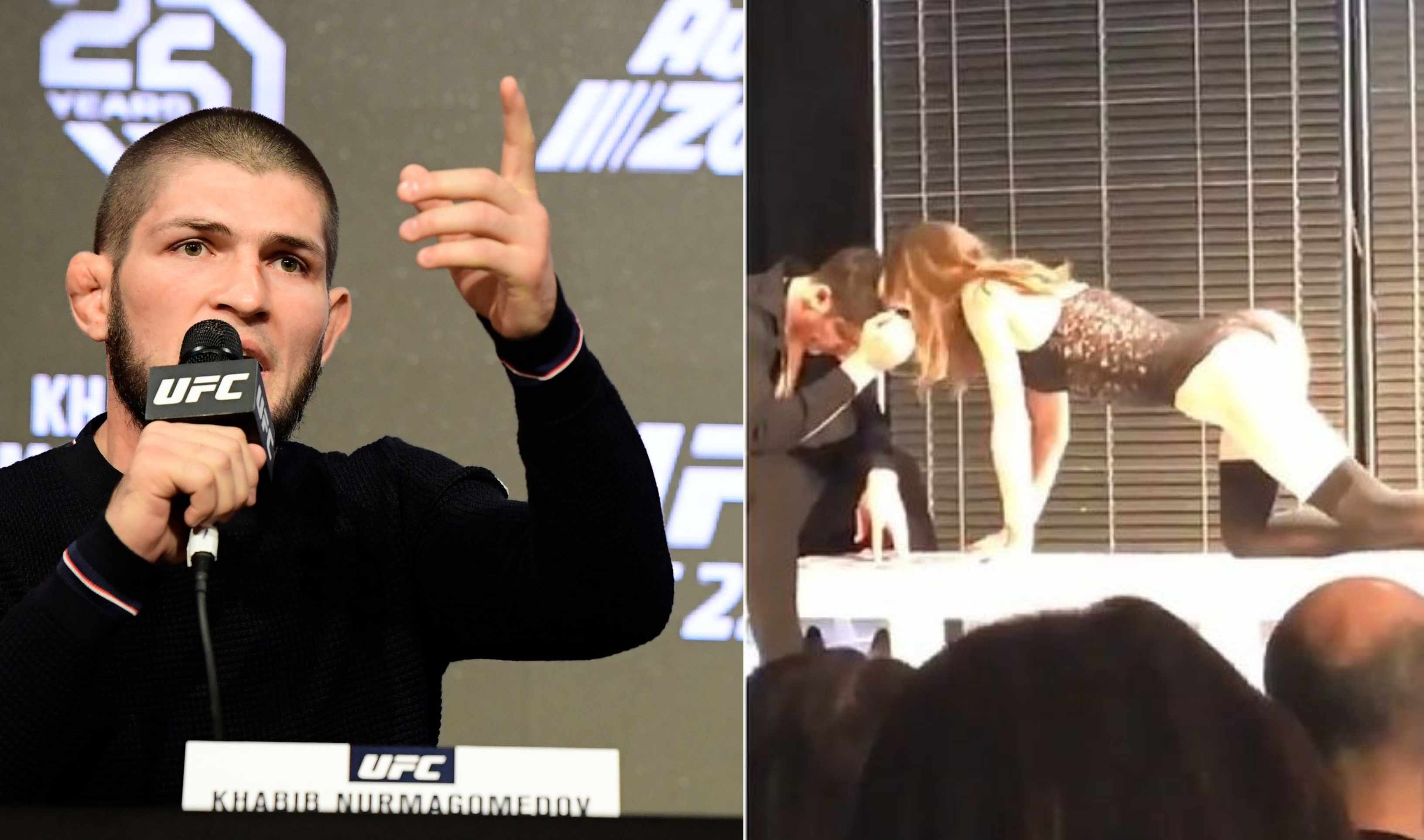 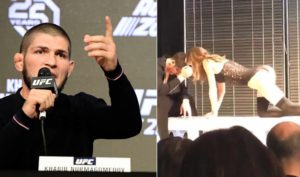 He also called for authorities to take action against the producer of the play. In the play, a woman in lingerie was seen seducing a man on the stage. The play was billed as ‘action-packed comedy’. The Russian Mixed Martial Arts star was quick to criticize it and as a result, the Play producer Ivan Zhidko was threatened on Social Media. 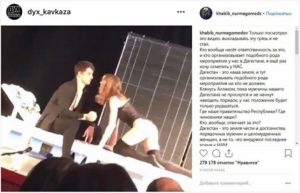 “My advice to the leadership of Dagestan, organize an investigation, and the organizers receive punishment according to the law and apologize to the people, and in future for this never to be repeated, that events of this type are controlled at the level of the ministers and leaders of the Republic,” Nurmagomedov said.

Khabib Nurmagomedov has a following of over 13 Million on his Instagram account and he gained many followers after his dominant performance against Conor McGregor in October last year.

As a result of Khabib’s post, the producer Ivan Zhidko was forced to apologise on Social media.

“On behalf of the creative group of the project, I apologize for any unintended offence to people in Dagestan,” Zhidkov wrote in social media post (h/t RT). “The performance was in no way intended to show ‘indecency.’ It’s a classic Italian play, which has been performed around the world for many years. The bed scene [referred to by Khabib] is part of the performance. We did not suspect that it could cause such resonance. [My direct messages] are littered with threats. I understand that this is the answer to our intended offence, but still…,”

“Different people have their traditions and foundations, and we respect that, but we did not take into account that everything was so strict. They invited us, and we came with pleasure. What happened, I think, makes one think about the censorship of many who want to organize a concert or performance in Dagestan.”

Even though the play producer has issued an apology on Social Media, the UFC star has still continued for someone to be held responsible and be punished for the play. He even warned the Dagastani government about it.

“I want to address the government of Dagestan, if you think that everything will end in posts on social media, you are wrong. Take action in time,” he wrote, adding a hashtag that translated to “Dagestan wake up.”