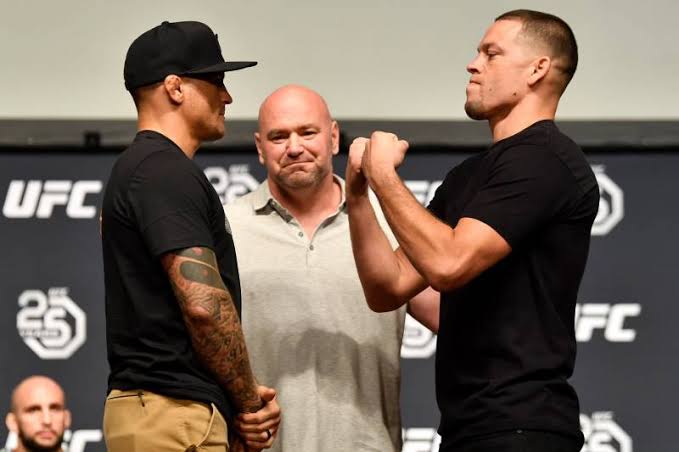 The duo were slated to fight at UFC 230 at Madison Square Garden back in November 2018. However, Poirier had to pull out of the fight with a hip injury. Poirier eventually went on to win the interim belt but failed to unify it against dominant champ Khabib Nurmagomedov in September last year. 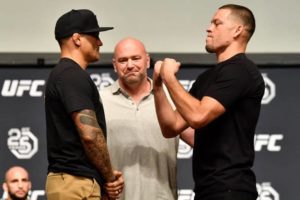 Now that he’s healthy and rejuvenated after a much deserved time off, Poirier is desperate to get back on winning ways. That being said, he definitely wants the familiar face of Nate Diaz for his comeback fight.

“Of course I would love that fight,” Poirier told MMA Fighting. “Not just because of the stuff between me and him leading up to that last fight, but he’s a guy coming up I always wanted to fight. I want to fight guys I’m excited to watch fight. Any time Nate Diaz fights, I’m tuning in, I promise you.”

Diaz since then went on to make his comeback after defeating former lightweight champion Anthony Pettis at UFC 241. The win further paved the way for the infamous ‘BMF title’ fight against Jorge Masvidal. Diaz lost the fight via TKO doctor stoppage.

Masvidal, who shares a training ground with Poirier at the American Top Team, has been vaguely linked with a fight with against Nate Diaz’s brother Nick Diaz. The duo were slated to fight at UFC 235 in March last year however the Diaz pulled out.

Poirier thus proposes an American Top Team vs. Nick Diaz army fight card. With the savages present on both sides, the idea does make sense.

“Let’s do it,” Poirier said. “I train with Jorge, so it makes sense. American Top Team versus the Nick Diaz Academy. They can bring Kron Gracie, we have some 145-pounders who can run it with him. We’ve got Charles Rosa, we’ve got Renato Moicano, we got a squad. I think that would be great.”

“I’m all for it. Let’s call (UFC matchmaker) Sean Shelby and the UFC right now.”