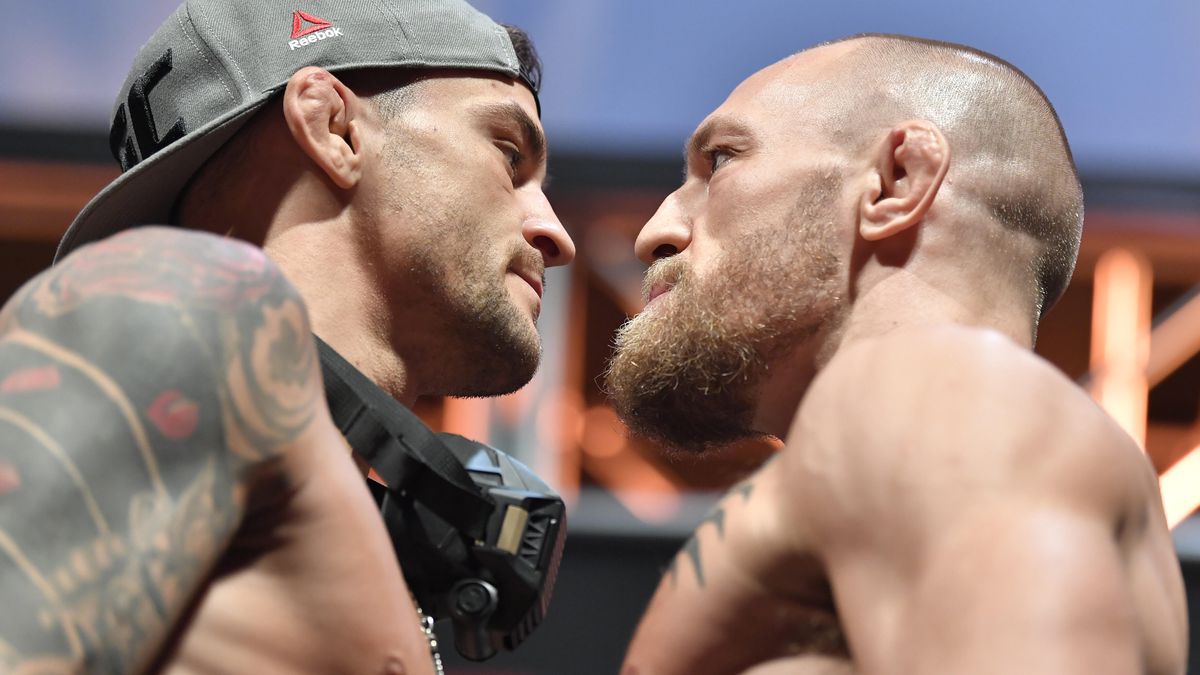 UFC Lightweight stalwart Dustin Poirier is ready to extend his win streak over Conor McGregor to a double victory by a repetition of the result at UFC 257 back in January.

However, while their UFC 275 encounter ended with a TKO for Poirier, the Louisiana man now hopes to submit his Irish rival inside the Octagon this Sunday at UFC 264.

Poirier is ‘visualizing’ that he will submit McGregor at UFC 264

As the trilogy fight has been approaching, both Poirier and McGregor have completely changed the approach they had against one another before their second fight and while McGregor has gone back to his renowned trash-talking avatar, Poirier himself has been countering the verbal heat with his own set of banters and counter-callouts.

The two MMA icons nodded to a trilogy fight just after their UFC 257 encounter back in January this year was over, and ahead of their third encounter at the T-Mobile Arena in Las Vegas, Poirier is expecting to get McGregor to tap the canvas.

“For some reason, I keep visualizing myself submitting this guy, I really do,” Poirier spoke to UFC’s Megan Olivi, “I don’t know how it’s going to come about or what’s going to happen but I have a feeling I’m going to sub him, I really do.”

“I have no clue, I don’t even like to make predictions and stuff like that and usually I don’t have stuff come to my head like I’m going to knock this guy out, I’m just going to win by any means, that’s my goal in every fight. But, I just have a feeling I might submit him,” the 32-year-old added.

If ‘The Diamond’ is able to secure a second straight win over McGregor as he predicts, it will land him a shot at the coveted UFC Lightweight title, currently in possession of Charles Oliviera who clinched the championship against Michael Chandler at UFC 262 back in May.

Conor, on the other hand, believes he will achieve a brutal knockout win over Poirier inside the Octagon and he will have to be escorted out on a stretcher.

“I don’t give a f**k about him, to be honest,” said McGregor, “It’s just how I am, he’s a corpse, a dead body a blank face that’s going to get his ass whooped and took out on a stretcher,” the ‘Notorious’ recently told The Mac Life.

What do you think will happen at UFC 264? Let us know in the comments.