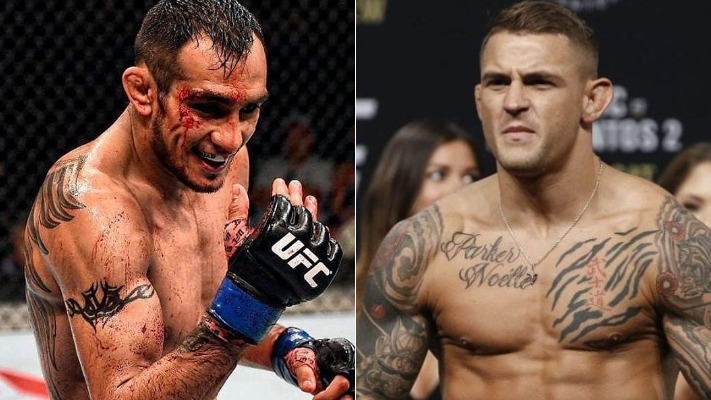 Dustin Poirier and Tony Ferguson won’t face each other at UFC 254 in Abu Dhabi, after the Diamond confirmed that talks with UFC hadn’t worked out.

The lightweight title will be unified on October 24th when champion Khabib Nurmagomedov and interim champ Justin Gaethje meet in the octagon. It was expected that Poirier and Ferguson would meet on the undercard and also be potential stand ins should either of the main event fighters drop out, but Poirier won’t be involved. 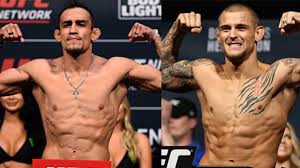 Poirier recently traveled from his home in Lafayette, Louisiana, to South Florida to begin his training camp in hopes of a deal being struck. But he said Thursday that he will now be returning home next week and is unclear whether the fight will be salvaged for a later date.

“UFC and I didn’t come to terms,” the former title challenger told ESPN’s Ariel Helwani, “I will not be fighting on Oct. 24.”

“I just need to be compensated if they want this fight,” Poirier added. “Simple as that. I’m a prize fighter and the prize needs to be right.“

Poirier is the No. 2 contender for the lightweight belt, which is held by the undefeated Khabib Nurmagomedov. Ferguson is No. 3.

The Poirier-Ferguson matchup was slated as the co-main event for UFC 254 in Abu Dhabi, United Arab Emirates, alongside a lightweight title unification bout between Khabib and interim lightweight champion Justin Gaethje.

Ferguson, 36, is 25-4 with 12 knockouts and eight submissions. The former interim lightweight titleholder most recently lost his belt to Gaethje in a fifth-round TKO at UFC 249 last May. Before that bout, Ferguson had won 12 straight matches.

Dustin, 31, is 26-6 with one no-contest. He has won five of his last six matches, with his last victory a unanimous decision over Dan Hooker in June. Poirier fought for the UFC lightweight belt in Sept. 2019 but lost to Khabib via third-round submission.

Ferguson and Dustin had verbally agreed to the fight, but nothing was official as both men had not signed.

A fight between two top-three contenders in any weight class is noteworthy enough, but this fight carried extra stipulations, per Helwani:

“In addition to it being a big fight, sources say extra stakes were attached to it as the UFC had discussed a scenario where if Gaethje withdrew from the main event Ferguson would have replaced him versus Nurmegomedov. However, if Nurmagomedov pulled out, Poirier would have replaced him versus Gaethje. The stipulation made sense considering Nurmagomedov-Ferguson is a fight the UFC has tried to book five times before to no avail, and Poirier has a win over Gaethje.“