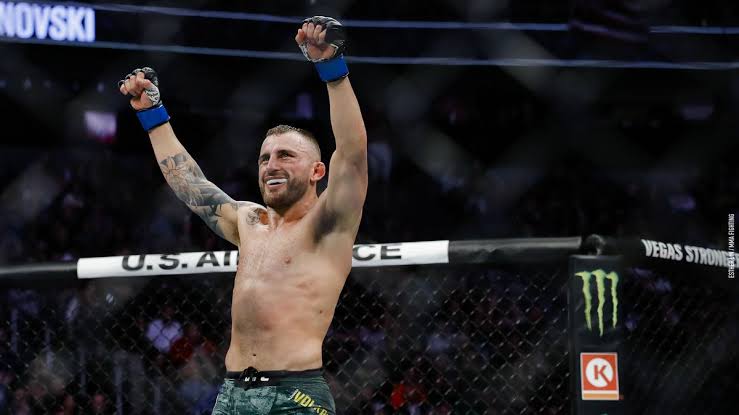 UFC 245 featured an exciting co-main event as heavy underdog challenger Alexander ‘The Great’ Volkanovski pulled out a huge upset as he derailed the ‘Blessed Era’. 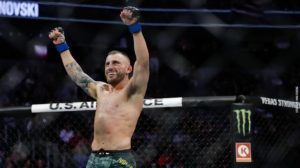 Needless to say, Volkanovski got huge greetings from the land down under including nine-time Grammy award nominee and pop star Sia. Sia took to Twitter to congratulate Volkanovski. (via Twitter):

Thank you for the support 🙏

@alexvolkanovski ozzy ozzy ozzy oy oy oy! That was incredible tonight I hope you heard me through the opposition, I wanted you to know I was there for you!

Volkanovski was kind enough to give Sia a reply. (via Twitter):

Thank you for the support 🙏

On paper with a massive height and reach disadvantage, Volkanovski obviously had to close in distance on Holloway. Holloway on the other hand, is known for maintaining distance using his footwork and volume of strikes. Volkanovski landed a barrage of heavy leg kicks which compromised Holloway’s movement to the point where he had to switch to southpaw. Volkanovski continued moving forward with no signs to slow down and eventually got the job done.

Looking forward if president Dana White has to be believed, he already has the next assignment ready for Volkanovski. A rematch against Holloway, but in Volkanovski’s home country of Australia. UFC 243 in Australia past October, made the record for the highest attendance ever. Hence the market aspect intrigues president White.

Volkanovski welcomed the idea as well.

“That would be great, to have a hometown crowd and defend the belt in front of them – that would be unreal,” Volkanovski said. “And I think the Aussie fans deserve that, so I would love to make that happen.”