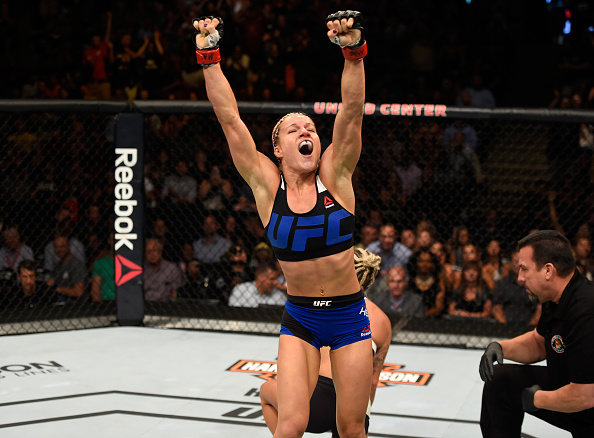 Both fighters have been in very high spirits leading up to the fight week, but Felice Herrig went an extra step ahead and blasted the MMA superstar Conor McGregor.

Herrig saw McGregor’s bus rampage and spoke harshly about McGregor’s actions at the time. Herrig was very vocal in her criticism of McGregor after the incident, telling TMZ sports; “Whether he thought about it consciously or not, he put all the fighters and their corners… he put our lives in danger.”

When asked again about the incident, Herrig didn’t hold back. She called McGregor a “piece of s—.”

“I think it’s just because people, they will just follow him blindly. Like, he’s the kind of person who could be a cult leader and have all these little minions. The people who get pissed at me are his little minions who would kiss his feet. So that’s why I get hate.”