Pro-wrestling: Indie wrestler gets attacked by the Dad of the girl he spat on 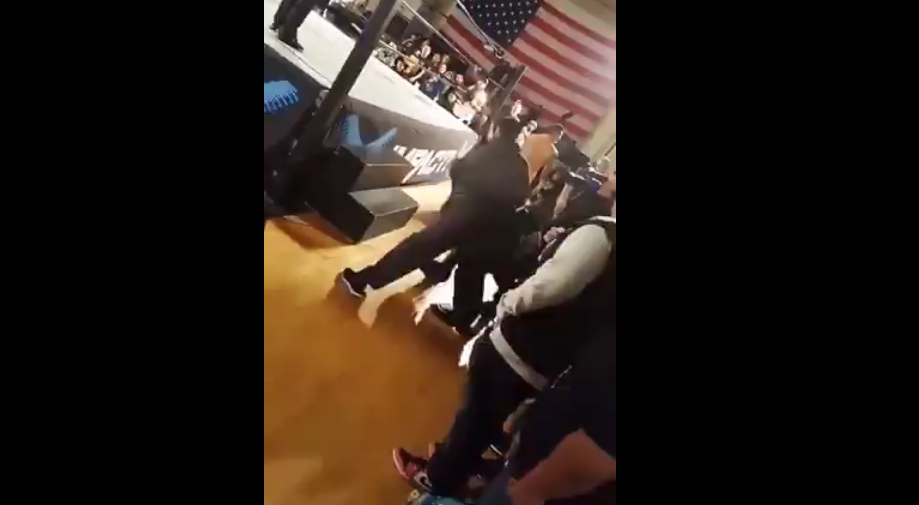 The world of pro-wrestling is bizarre and sometimes outright hilarious.  Over the years the independent circuit has given us some of the most hilarious pro-wrestling moments but none quite like this.

Heels in professional wrestling are known to indulge in heated exchanges with the audiences. Legendary heels of the business like Shawn Michaels, Roddy Piper, Rick Rude, CM Punk, Chris Jericho, etc have all had heated conversations with their fans at some point in their careers.

However, Devin Danger, an independent wrestler, thought it would be a good idea to gain “heel heat” by spitting at a little girl. Yes, you read that right.

When the little girl offered Danger a handshake, he spat on her instead and walked away!

However, the girl’s father, obviously furious with what Danger did, jumped out of his seat and attacked Danger. The father of the girl threw a number of punches on the wrestler before he was taken away by the security.

A man in attendance managed to get the footage of the entire thing as it happened:

Devin Danger took to Twitter to let everyone know that he had apologized to the father and the little girl immediately after this went down:

I apologized to the girl & her father the night it happened.The gum wasn’t intended to hit her, that was an accident. I am again very sorry

However, things took a darker turn when Danger revealed that his actions have now backfired immensely and that his wife and his children are receiving threats:

This goes to show that some people can always take things in a direction that should always be avoided.

What Danger did was obviously unacceptable but if things between him and the girl’s father are alright, this should not be taken any further than it needs to. Threatening a man’s family is obviously crossing a line and should not be entertained at all.

Previous articleUFC: Tony Ferguson lists Conor McGregor and Khabib Nurmagomedov among his favourite fighters
Next articleMMA: Chael Sonnen: “I would have kicked Ronda Rousey’s ass right out of the [ESPN] set”