Projecting the future: Key takeaways for UFC from the WWE live event in India 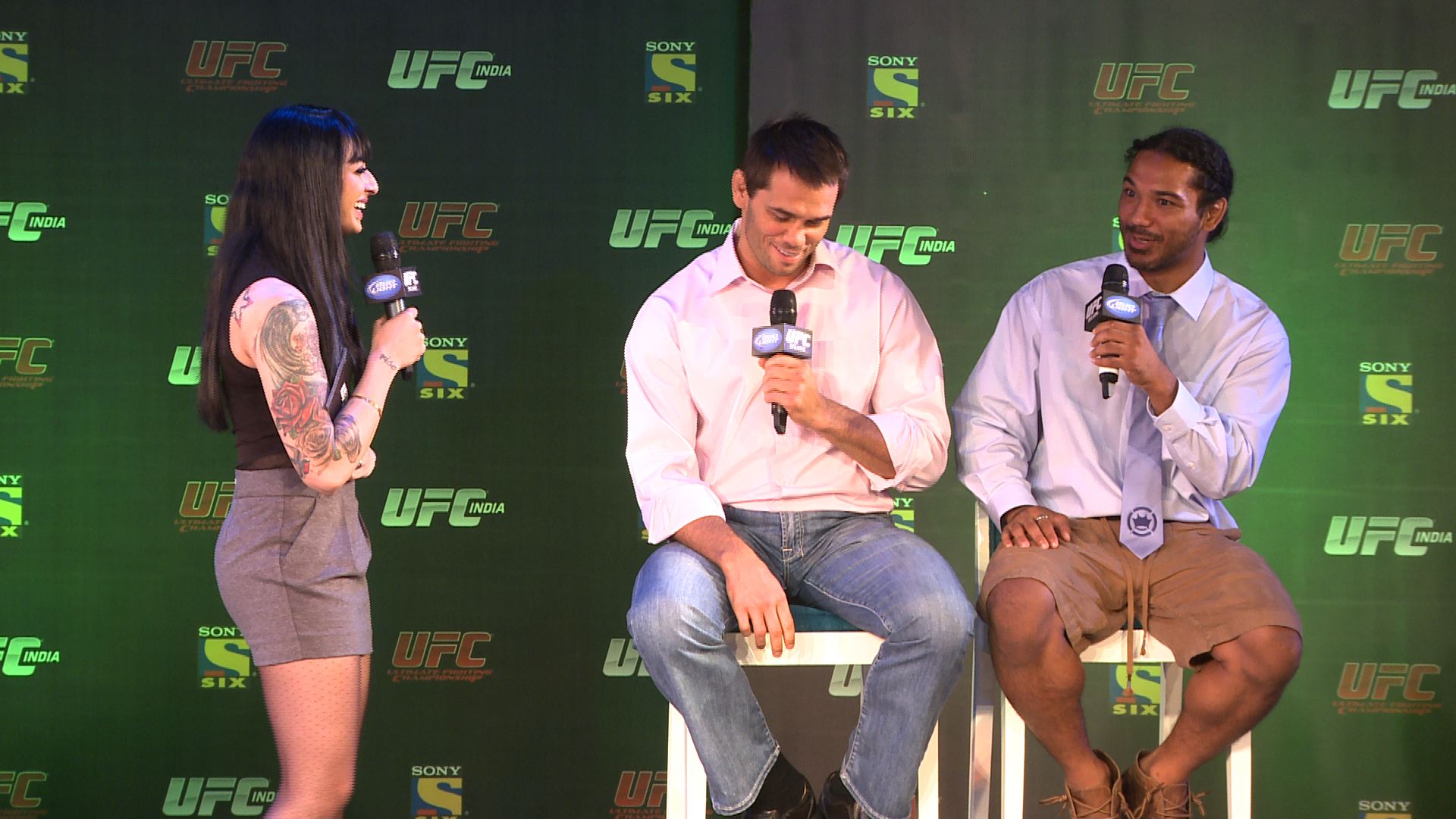 Last weekend, WWE, for the second time in as many years, ventured into one of the worst kept secrets in the sporting world today. India, for all the misplaced and misconceived thoughts, is the proverbial goldmine for the sporting entities, waiting to unearth a fresh reserve of cash flow.

This isn’t surprising at all, considering the fact that India is well on its way to overtaking China, as the most populated country on the planet. However, for years, the fact that the West has undoubtedly changed the landscape of media consumption, dissuaded the sports and entertainment conglomerates to channel their resources toward the subcontinent.

The North American and European countries have established a mechanism, through which the content is driven. For decades, the biggest source of revenue has been the pay – per – view buy rates, which made for the biggest piece of the pie. As an example, the highly anticipated Mayweather – Pacquiao fight generated $ 410 million through PPV buys alone, with 4.4 million households tuning in to watch the then – dubbed “Fight of the Century”.

All in, the total revenue was estimated to be $ 500 million, with the live gate accounting for $ 72 million. Those numbers alone would add weightage to the doubts lingering in the minds of the businessmen, who can not expect anything remotely close to those figures from the Indian market. The sheer disparity between the North American countries and India, pertaining to the economic and financial conditions would make it almost impossible, for the Indian middle – class to spend $ 89 to buy a PPV.

While the PPV model will never work in the Indian market — mostly because of the expanding middle class, the OTT services have undoubtedly helped the cause, for the corporations. WWE, for its part, has addressed this issue perfectly, and their approach has been faultless. Rather than trying to tap into the market via large gates and charging exorbitant amounts, WWE has embraced family values, and has worked for over a decade and a half to secure partnerships, and opening a different channel for their revenue stream.

WWE’s approach to the Indian market can now be used as a blueprint by the Ultimate Fighting Championship (UFC) — a promotion that spent a decade to unlock the Chinese market themselves.

Shying away from the economics involved, as many as 780 million* people in India have access to television (TV individuals, not be confused with TV households). By comparison, the entire population of the United States was 322.76 million in 2016 (U.S. Census Bureau). The Indian rural viewership accounts for around 343 million, while 331 million viewers are from the urban areas.

This amount is expected to sky – rocket in the next 4 years, with early estimates projecting a sharp growth. The existing number of smartphones (180 million in 2016) is expected to reach 700 million by 2020, a mind boggling number, that would also undoubtedly have an impact on the amount of people having access to internet on their phones.

Comparing these numbers to the current digital penetration in the United States, where around 320 million people have access to the internet, it can be understood easily why the Indian market is a ticking time bomb waiting to explode, in terms of revenue generation for the big corporations.

Both WWE and UFC have understood the importance of digital expansion, starting their own OTT services, which expands their revenue generation mechanism. While the numbers of Indian subscribers for the WWE Network and UFC Fight Pass aren’t readily available, WWE programming continues to garner the most number of viewers ( ~ 13 million for RAW as disclosed in 2016).

The intangibles – Busting the myth about ‘a casual Indian fan’

For years, ‘a casual fan’ from India has been synonymous with a misguided, unknowledgeable commoner who doesn’t understand the difference between sports and sports entertainment. However, the recent WWE event proves otherwise.

While the fans inherently understand that WWE is ‘entertainment’, and all the storylines and matches are scripted — simply put, a work, that did not hinder their excitement, or the turnout for the event. Moreover, even the minority that did not understand the kayfabe aspect of the business were privy to backstage issues, and the ‘insider terms’, that was shielded until the late 80’s, to protect the sanctity of the ‘sport’.

In essence, UFC and WWE are both signed to the same broadcast television network in India – the Sony Pictures Network. While that would point to an even playing field, WWE has a 20 year head start in getting the Indian fans acquainted with their product. UFC, however, can capitalise on the recent surge in interest among the fans in MMA. In CM Punk, Ronda Rousey and Conor McGregor, UFC arguably has three of the biggest names in sports — and sports entertainment today.

The success of the recent WWE live event should encourage the premiere mixed martial arts promotion to be bullish about the Indian market. The next two years could define the future of professional wrestling and MMA in India, and all the signs point to a paradigm shift in the way we absorb their content.