PROKICK King of the Ring in Belfast: Smith vs Fujioka for WKN World welterweight title 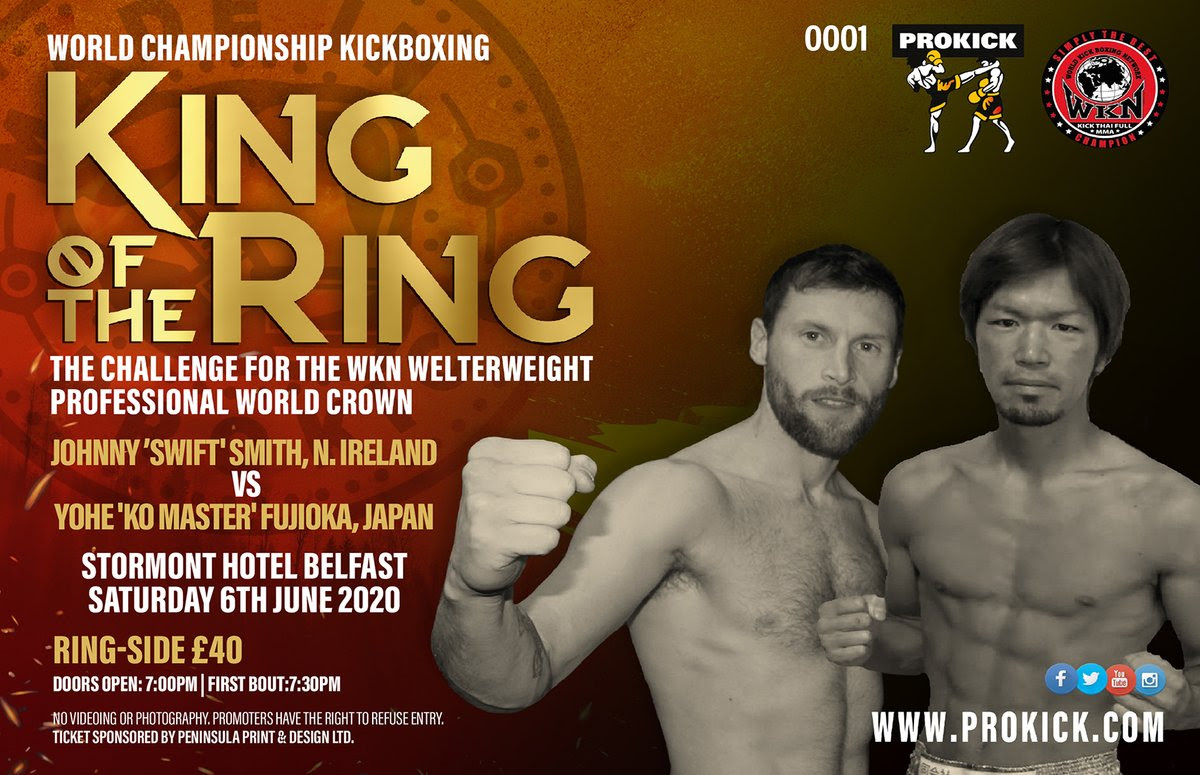 Kickboxing World Championship returns to Northern Ireland with the next edition of Billy Murray Promotions titled “King of the Ring”. The “made in Prokick” event takes place at Stormont Hotel in Belfast on June 6, featuring Johnny “Swift” Smith up against Yohe Fujioka in a five-round contest with WKN Welterweight title on the line.

Undefeated in nine professional outings Johnny Smith (9-0, 6 KO) of Northern Ireland holds the title of WKN Intercontinental welterweight champion. In his previous bout in October 2019 he retained the belt and earned a shot at world title by knockout in the second round against Shuhei Sone of Japan. “Swift”

Yohe Fujioka of Japan is the current JKFC Kickboxing Welterweight champion and was crowned the YAMATO 70 kg 8-man Tournament Winner in 2018. He goes by the name of “KO Master”. From his 20 wins, 19 have come by way of knockout.

In his previous bout in September 2019 Fujioka stopped Garyu Shingo. Prior to that he KO’d Kenta Mori and Franco Gutierrez.

The undercard will see a series of kickboxing bouts with local and international competitors.

Previous article
Korean stars getting their time to shine thanks to ONE Warrior Series
Next article
UFC News: Conor McGregor claims Joanna Jedrzejczyk should have beaten Weili Zhang at UFC 248