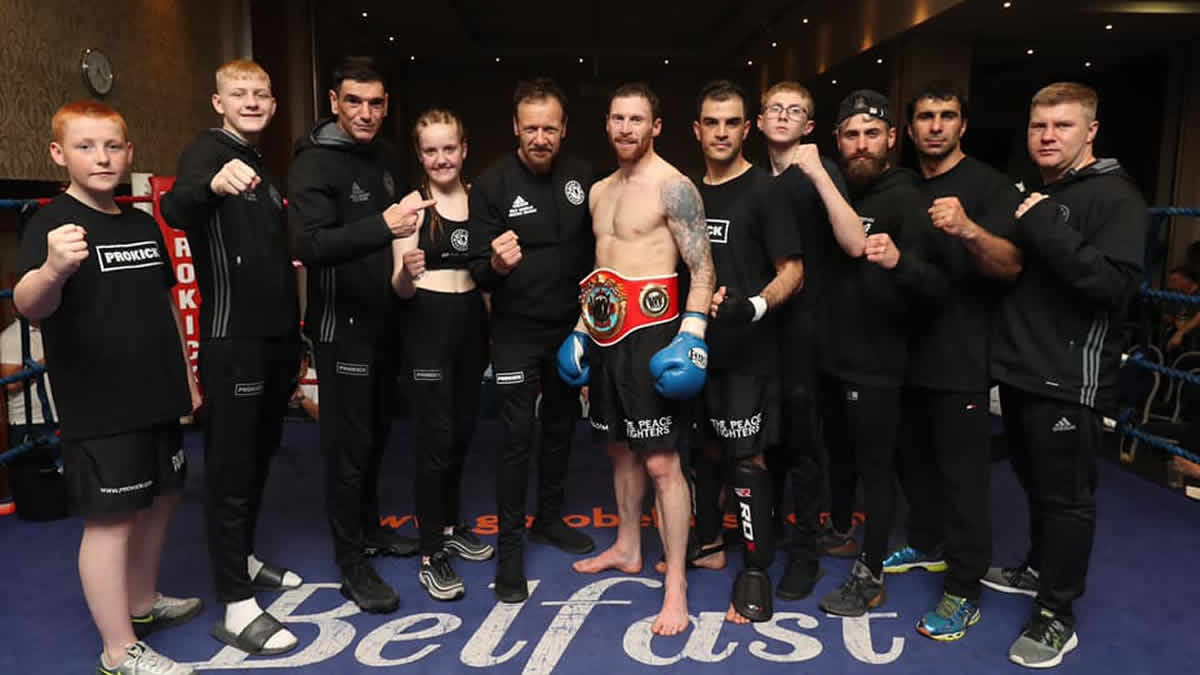 PROKICK Lord of the Ring in Belfast: ‘Swift’ Smith KO’s Shuhei Sone in Round 2

The World Kickboxing Network returned to Northern Ireland last night (October 26) with the “made in Prokick” event billed as “Lord of the Ring”. The fight show took place at Stormont Hotel in Belfast featuring a series of international bouts with WKN title contested in the headliner of the show.

In the main event Johnny “Swift” Smith of Northern Ireland faced Shuhei Sone of Japan in defense of his WKN Intercontinental Welterweight title. The pair squared off in the scheduled for five rounds championship bout in oriental kickboxing. The contest ended in the second round in favor of the champion, who claimed the win and retained his belt by knockout.

In the co-main event former two-division World Kickboxing Network champion (featherweight and lightweight) Gary Hamilton of Northern Ireland met Douglas Morrison of Scotland in the “18 years in the making” rematch. Their first bout in February 2001 ended in favor of Hamilton who took the win by TKO.

Their second Full Contact encounter at super welterweight went a full seven-rounds distance. The result heard the judges’ decision in favor of the local athlete.

The undercard featured a series of bouts with local and international competitors.

“Lord of the Ring” in Belfast, Northern Ireland was presented on the same day (October 26) as “Fight Day Trazegnies” in Courcelles, Belgium where the representative of the country-host Ougo Huet defeated Italian Giacomo Stocchino to take WKN European Featherweight title in Muay Thai.