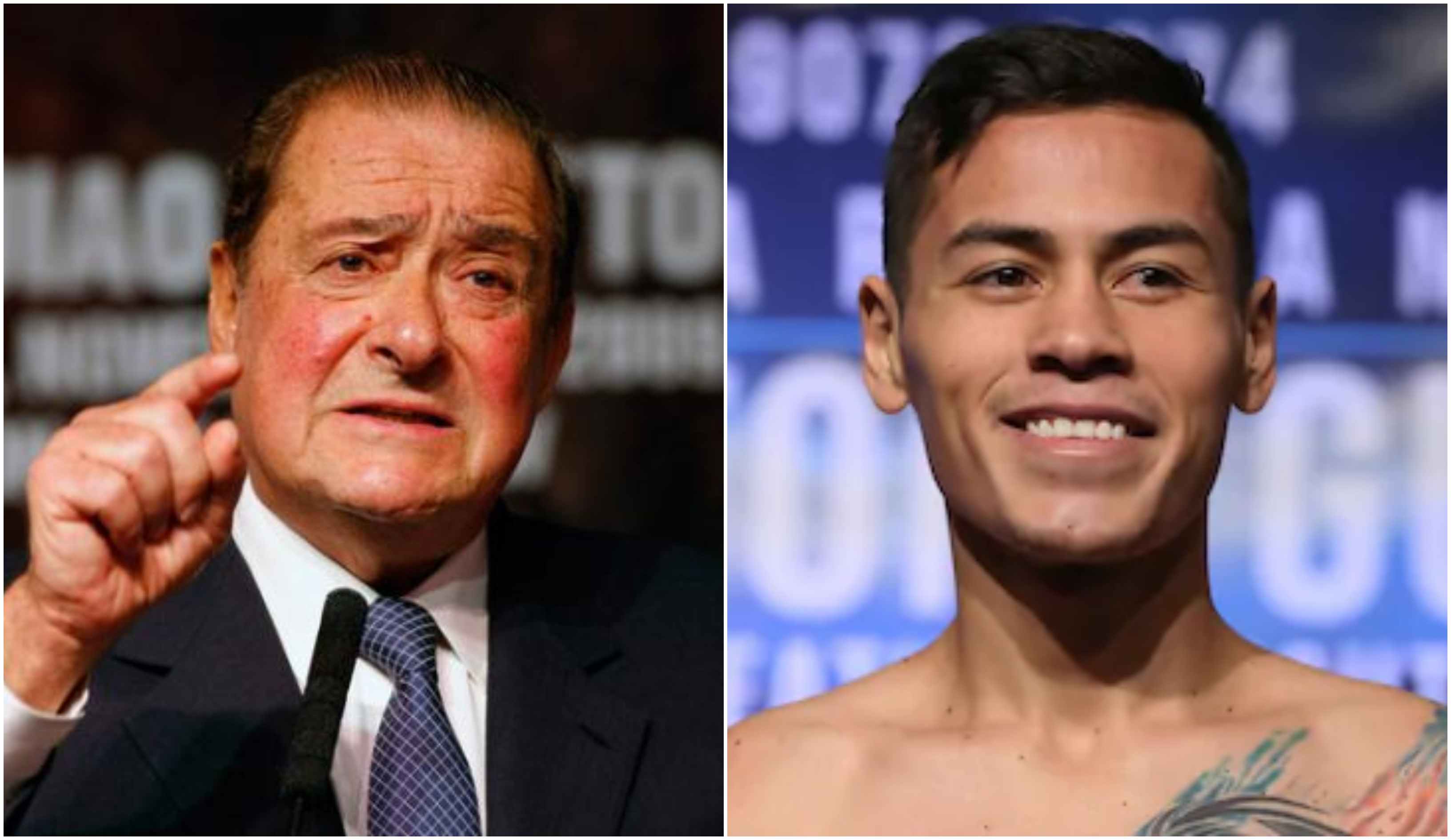 Former WBO featherweight(126lbs) champion Oscar Valdez is all set to make his super-featherweight (130lbs) debut later tonight at the Cosmopolitan in Las Vegas against Adam Lopez.

However, he wasn’t originally slated to fight Lopez. He was scheduled to fight former featherweight title challenger Andres Gutierrez. The fight fell through after Gutierrez came in a staggering 11 pounds overweight during the weigh-ins.

Usually, it’s very normal for fighters to miss weight by a small margin, but 11 pounds is extremely huge and unprofessional. Andres Gutierrez came in more than two weight classes higher. This made the event promoter Bob Arum extremely angry.

“We’re throwing him out of the hotel. I have seen guys two or three pounds overweight, that is still unprofessional, but to come in at 11 pounds overweight is a disgrace – I have never seen anything like it.” Bob Arum said.

Oscar Valdez was also extremely disappointed with Andres Gutierrez. He praised Adam Lopez for stepping up to fight him.

“I trained hard for three months making the sacrifices, and I am very upset with Andres Gutierrez,” Valdez said. “He was unprofessional. As soon as I heard 141 pounds, I still wanted to fight him, but my team and Bob Arum said Gutierrez was out. I give credit to Adam Lopez for stepping up. It will be a great fight tomorrow night.”

“It was surreal when I got the offer to fight Oscar,” Lopez said. “I‘ve known Oscar for a long time and I‘ve wanted this fight for a long time. I’m ready for it.

“Deep down, I’ll take anyone. Ultimately, I left it up to my trainer {Buddy McGirt}, and he gave the fight his blessing.