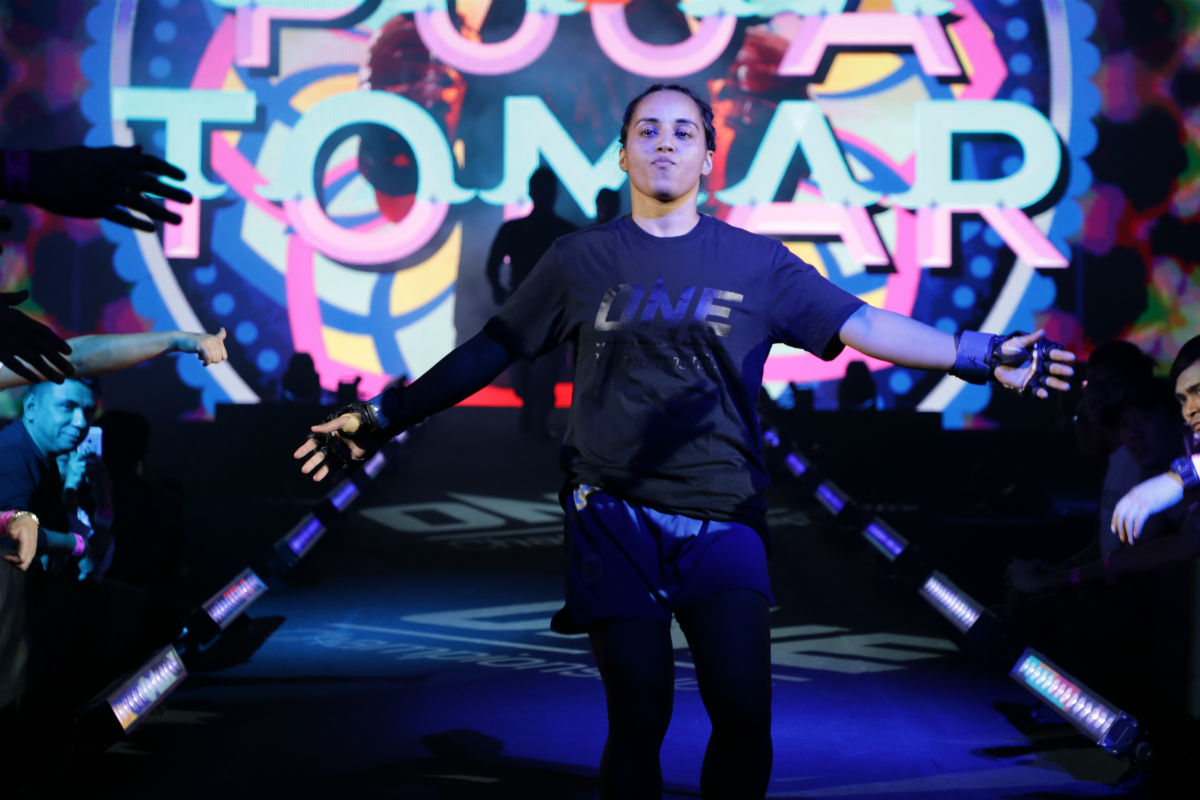 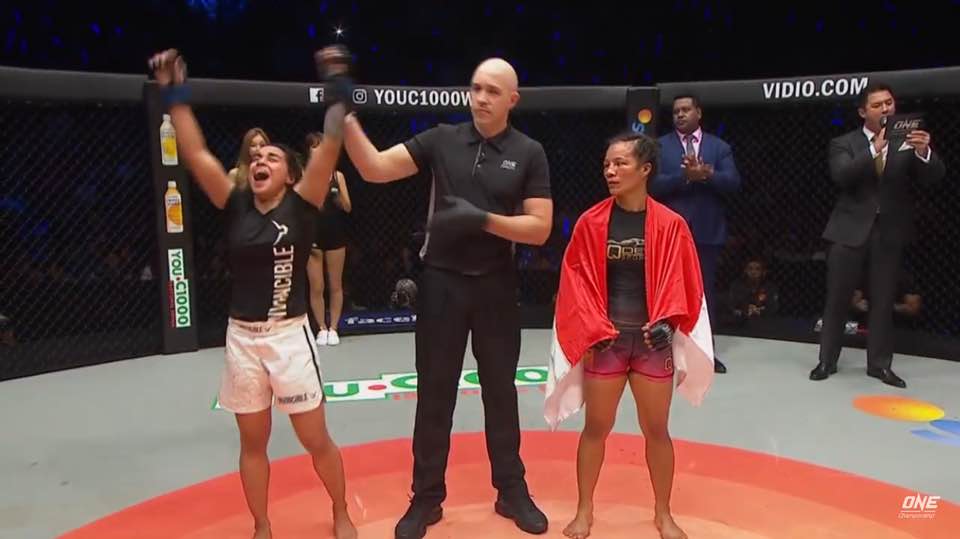 Puja Tomar made her return to ONE: Championship after being away for ten months and faced the local hero Priscilla Hertati in the atomweight showdown at ONE Championship: Eternal Glory in Jakarta. Priscilla was the most active fighter of the ONE roster as she competed six times in 2018 and winning five fights.

Coming in as the underdog, the five-time national wushu champion Tomar promised to put on a show for the fans and she did it in a blistering fashion right from the first round. Her excellent counter striking proved too much for Priscilla who struggled to get her hands on Puja. The Indonesian had the crowd chanting in her favour but Puja silenced everyone with her crisp striking and excellent takedown defence. Two big over hand right stunned Priscilla in the opening round and backed her up. She resorted to taking Puja to the mat, but the Indian fighter displayed improved defence game as she stood the ground and took Priscilla with a Judo throw.

Priscilla gained momentum in the second half of the second round as she was close enough to submit Puja with a rear naked choke in the final seconds. Coming back in the third, Priscilla scored a big take down and landed on the top position but was unable to much damage.

Puja Tomar brought a much improved game tonight, thanks to her two weeks of training sponsorship at the elite Evolve facility in Singapore. Speaking of the time spent in Evolve, Puja said “I am very thankful. I learned a lot and improved a lot. I live in India, and I face many issues regarding proper mixed martial arts training. I can not get high-level training like other female fighters who live in China, Thailand, and Singapore“.

This major win is her personal success over the numerous challenges and obstacles she has faced to reach where she is today.

Previous articleDana White clears up Colby Covington’s future: He will get a title shot…sometime
Next articleTwitter reacts to brutal beatdown of Alexander Hernandez by Cowboy Cerrone
- Advertisement -