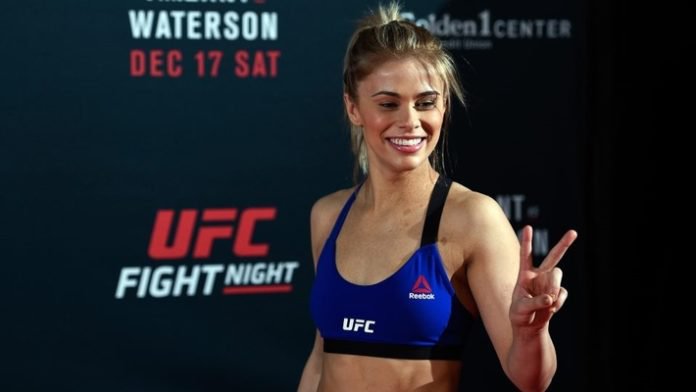 Paige VanZant has just dropped an image on her Instagram that may stir even the most hardcore of her fans. “12 Gauge” had to undergo surgery for the lingering issues in her broken arm.

VanZant last fought in the UFC this past January when she submitted Rachael Ostovich. The win broke her two fight losing skid. In her previous outing in January 2018 she broke her arm in a defeat against Jessica Rose Clark. Since then this was the third time that she had to go under the knife to fix her arm.

The first of her surgeries came immediately after the fight with Clark. However, seeing that she wasn’t healing as per expectations, she again took to surgery last June. VanZant would go on to break her hand in training after the win this January. This time she only expected to need rest and recovery time before returning to action.

Unfortunately, right after she began training, hoping to book her next fight in the summer, a visit to her physician revealed that she would need another round of surgery.

The 25 year old had the procedure done on Thursday in which a metal bar was being readjusted in her arm. She shared the images of the same on her social media.

Hopefully, this time around VanZant will allow her arm to heal properly before returning to action. She had earlier mentioned that she only has one fight left on her contract. Hence, she wants to put up a good show before she can negotiate her way into a new contract.