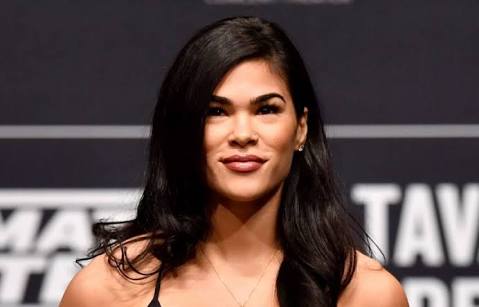 UFC on ESPN+ 1 main card featured an interesting yet emotional matchup as contender Paige VanZant made her much anticipated return against a very tough Rachael Ostovich this weekend. 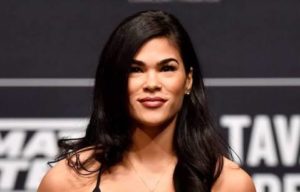 The fight lived up to it’s hype as VanZant pulled out a come from behind victory submitting Ostovich via a armbar out of no where. Ostovich dominated the first round by landing some strikes and takedowns. Second round featured back and forth grappling exchanges wherein VanZant had Ostovich in a heel hook. Ostovich did a good job of defending herself however ended up in an armbar.

According to ESPN’s Ariel Helwani, Ostovich has suffered an injury by hyperextending her arm. (via Twitter):

Rachael Ostovich hyperextended her left arm in her second-round armbar submission loss to Paige VanZant Saturday night in Brooklyn, according to her manager Brian Butler. She will undergo further tests when she returns home to Hawaii later this week.

VanZant was making her return after a year hiatus due to suffering a brutal hand injury courtesy of a spinning back fist in her last fight. VanZant switched her camp and also got married during her layoff. Ostovich on the other hand, had struggles of her home. An attack of domestic violence from her husband had Ostovich with several injuries including a broken orbital bone. Ostovich still decided to compete rather than calling the fight out. Ostovich was also cornered by her father, mother and her brother adding up the intensity of the fight.