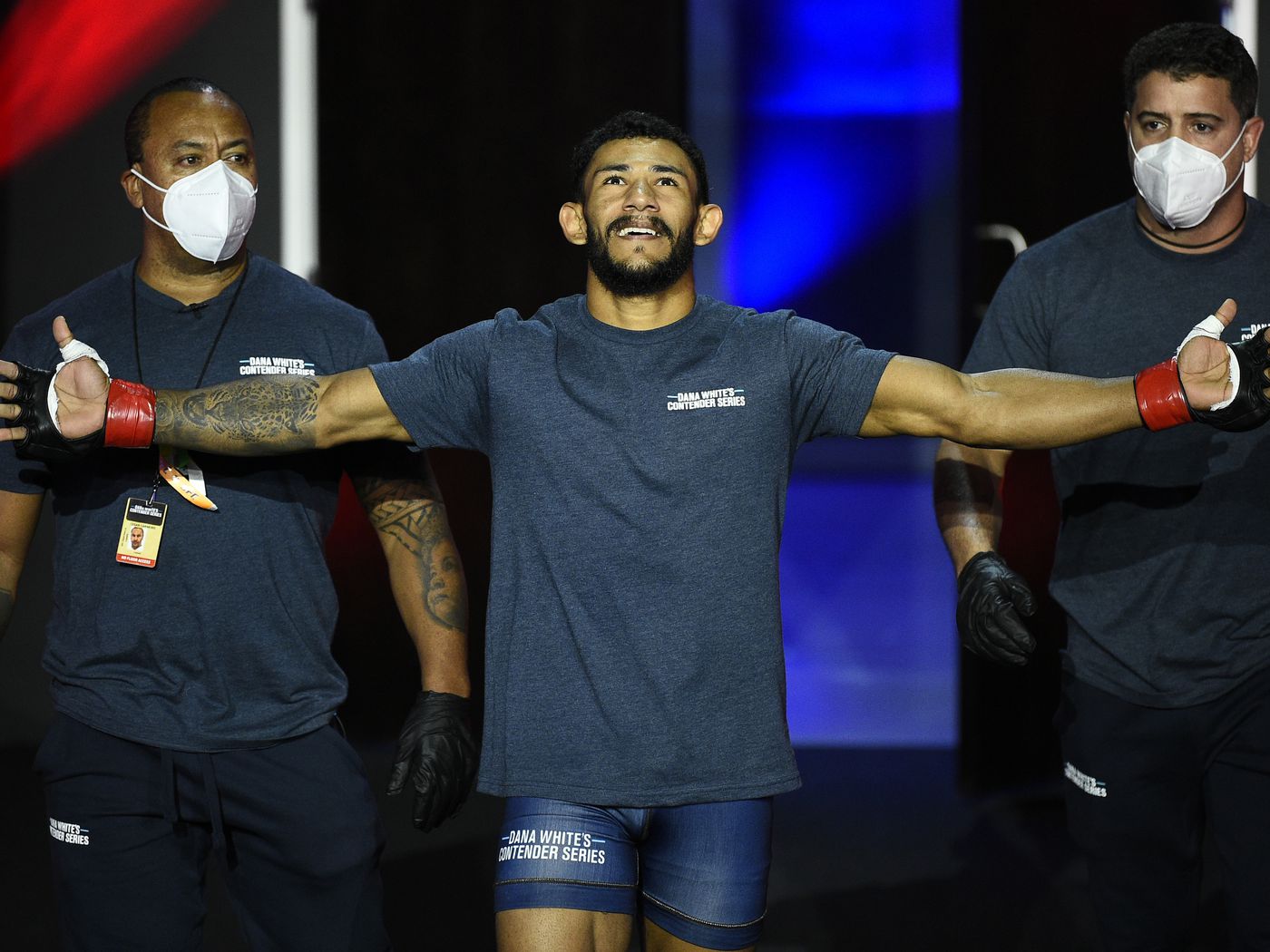 Rafael Alves, who was expected to make his Octagon debut this weekend at UFC Vegas 19, missed weight by 11.5 pounds during Friday’s official weigh-ins. 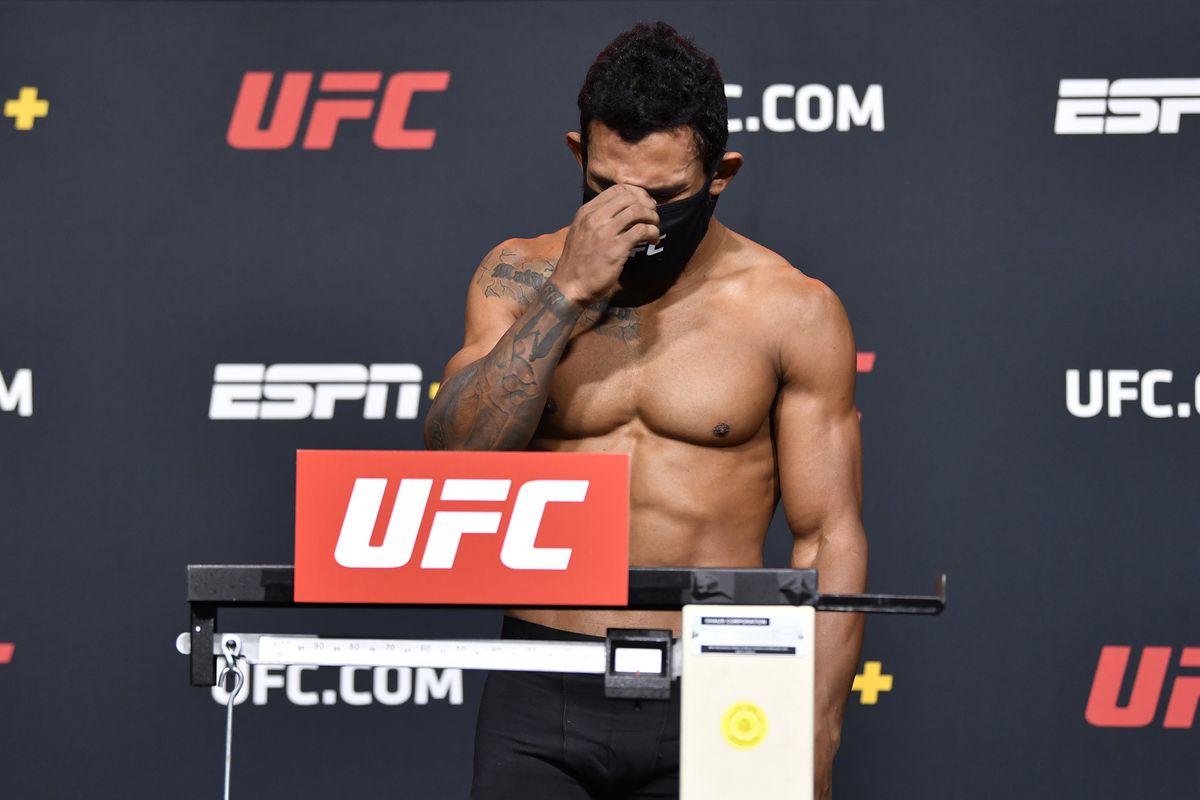 Rafael Alves weighed in at 157.5 pounds for a scheduled featherweight bout against Patrick Sabatini. The limit for a non-title featherweight fight in MMA is 146 pounds, so Alves weighed 11.5 pounds over the contracted mark. It was the biggest weight miss in UFC history. Alves vs. Sabatini was removed from Saturday’s UFC Fight Night card due to the lopsided miss. Alves’ weight was so heavy Friday that he would have even missed weight if the bout had been contracted one division above, at lightweight or 155 pounds. The non-title lightweight limit is 156 pounds.

The previous UFC record for missing weight was held by Anthony “Rumble” Johnson, who weighed in 11 pounds over the limit for a fight against Vitor Belfort at UFC 142 on Jan. 14, 2012. The bout was contracted at middleweight with a non-title limit of 186 pounds. Johnson weighed 197 pounds the previous day. The bout still went on, with Belfort winning by first-round submission. Johnson, who debuted in the UFC at 170 pounds, later went on to compete at 205 pounds and as a heavyweight (265-pound limit).

Rafael Alves opens up on his missed weight 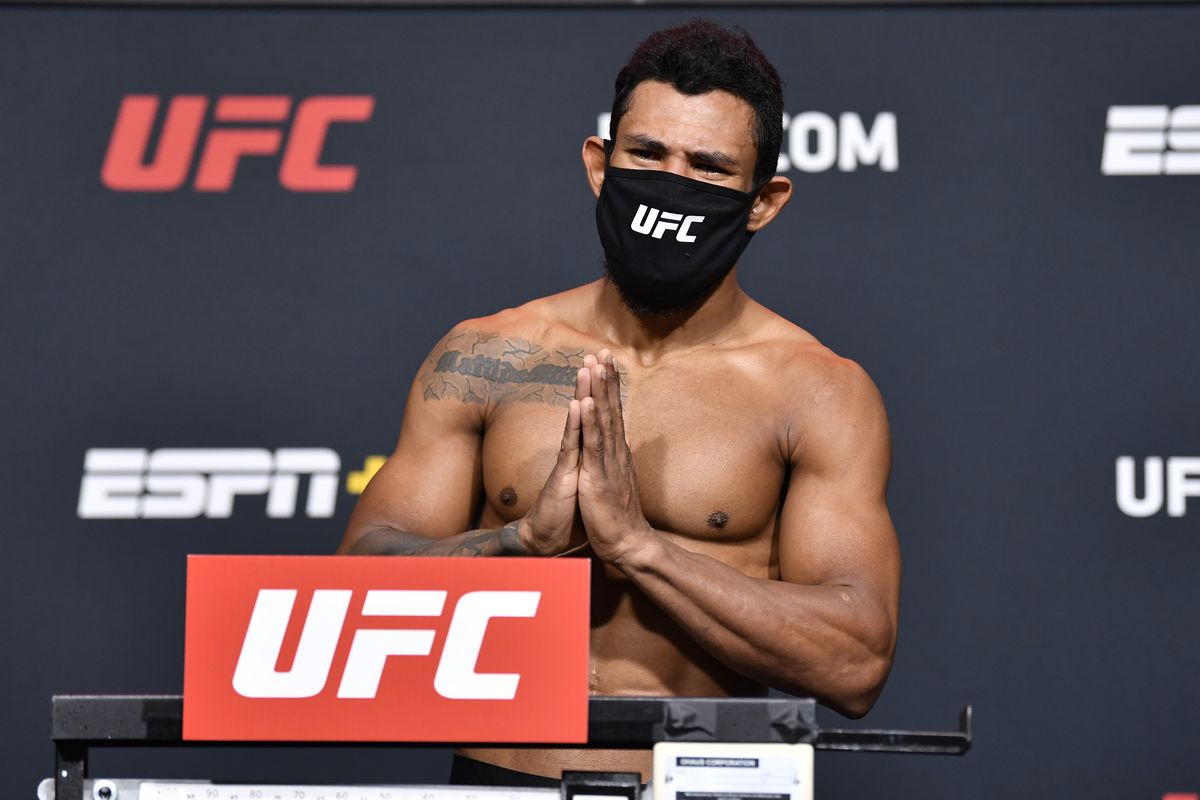 Alves says that he knows what happened. Speaking to MMAFighting.com‘s Guilherme Cruz, he said that the salmon that he ate the night before led to a miserable weight cut.

“I ate salmon yesterday and fell ill, vomit and diarrhea, so the doctor said I had to treat it with water. I only had 2kg (4.4lbs) left to cut, (but) when I drank water my weight went up and got stuck, so the doctor didn’t clear me to fight. But God owns everything and He knows what He does,” he said. 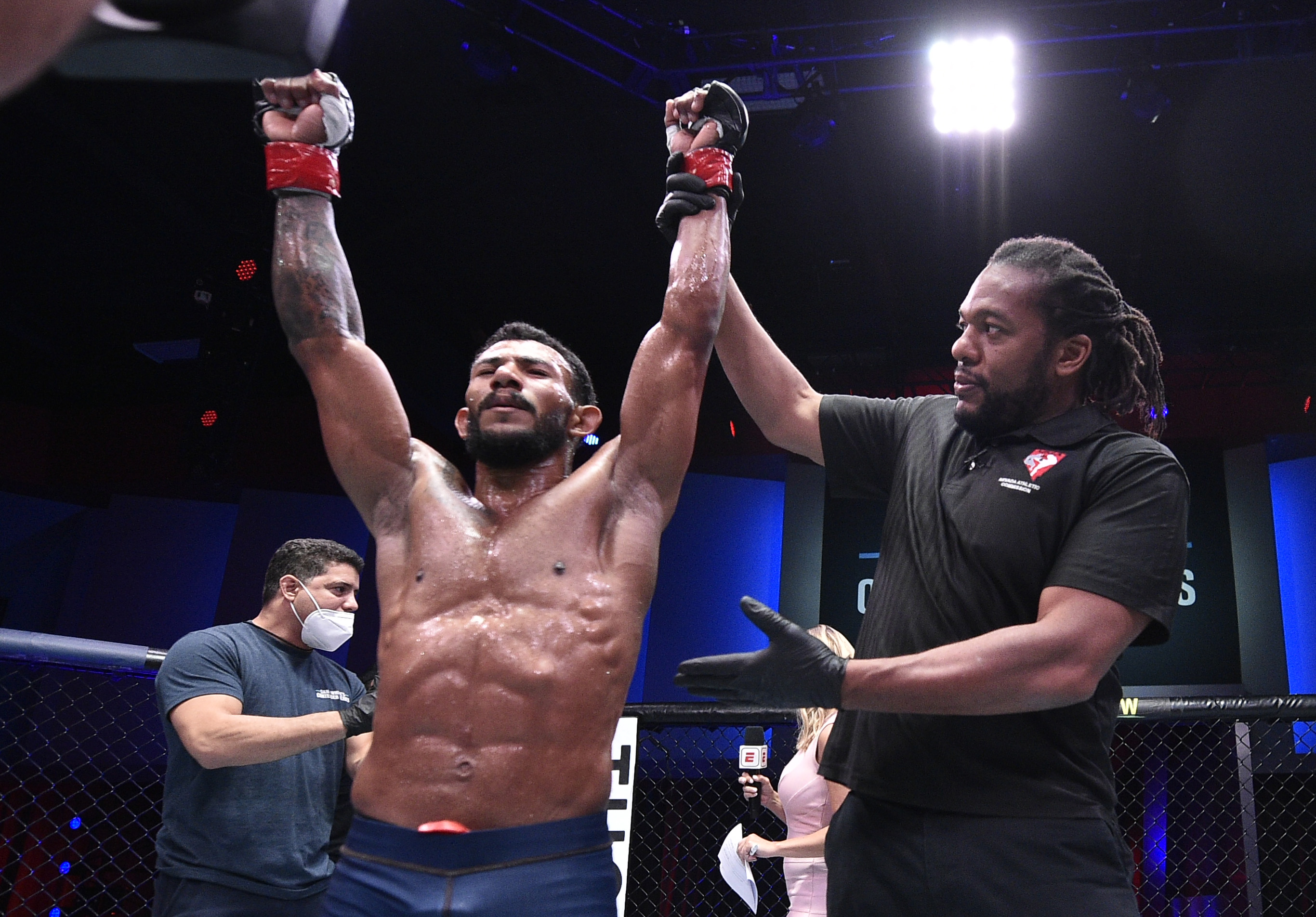 Alves said that he cuts down from 195lbs to make 145lbs, which is an insane weight cut even for MMA standards. The Brazilian said UFC matchmaker Sean Shelby told him he will get another fight with the promotion once he feels better. After coming in two weight classes above for this fight with Sabatini, he said he will now move up to lightweight.

“Sean Shelby said that health is what matters now. He told me this has happened to champions before and told me to fight at 155lbs and come back stronger. They won’t cut me because they had to change opponents and they were searching for a new one, some said they would fight at 155lbs and others at 145lbs, so I didn’t focus on the guy I was fighting nor my weight. But I’m going to fight at 155lbs now. I’m focused and nothing will stop me,” Alves said.