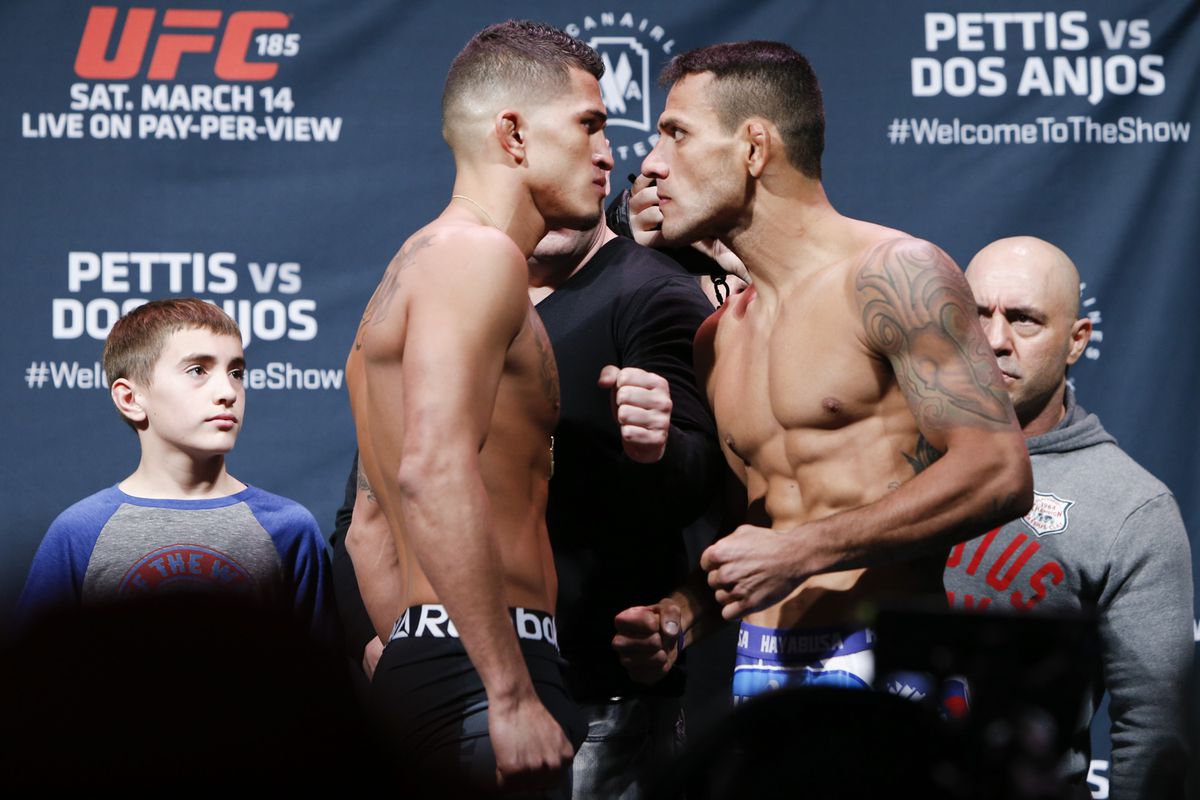 Anthony Pettis’ superman punch to knock Stephen Thompson out won him many things : an impressive debut at 170 pounds, a Performance of The Night award and a $50,000 win bonus. Unprecedentedly, it has now given him an opportunity to avenge his loss to the man who took his lightweight crown away from him : Rafael Dos Anjos.

“Showtime” named dos Anjos as a potential opponent after his win over “Wonderboy” in the main event of UFC on ESPN+ 6. The event took place this past Saturday at Bridgestone Arena in Nashville, Tenn. 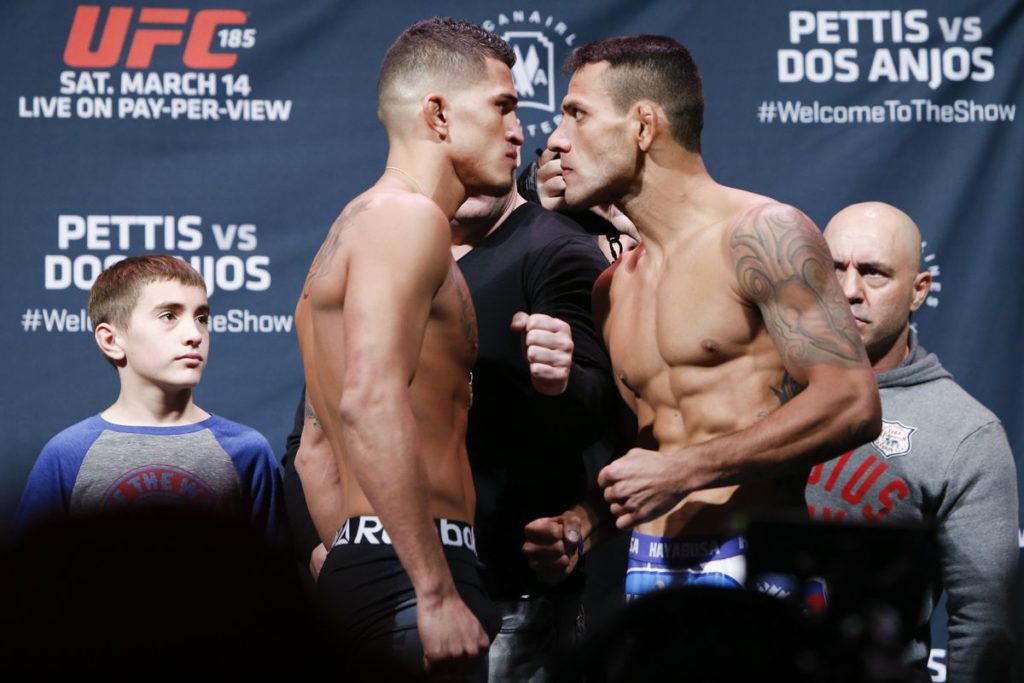 Dos Anjos is currently scheduled to fight Kevin Lee at UFC on ESPN+ 9. Nonetheless, he has responded to Pettis’ callout. Apart from congratulating him on his victory, he said that he will shift his attention to Pettis after he takes care of Lee.

The two originally squared off four years ago at UFC 185. At stake was Pettis’ lightweight belt. Rafael would dominate the fight securing a unanimous victory. Pettis’ career would go downhill thereafter. Even a drop to 145 pounds could not seal the deal for him. During this stretch, he went  3-5 against top competition.

However even dos Anjos hasn’t seen the best of days after their fight. After just one successful title defence, Pettis would lose the belt to Eddie Alvarez. A decision loss against Tony Ferguson forced him to move up a weight class.  He is currently on a two fight losing streak due to losses against Colby Covington and Kamaru Usman.

Previous articleUFC: Dana White says Henry Cejudo and Marlon Moraes will fight for the 135 pound belt
Next articleStephen Wonderboy Thompson reacts to Anthony Pettis loss: It was so ninja I didn’t see it coming!