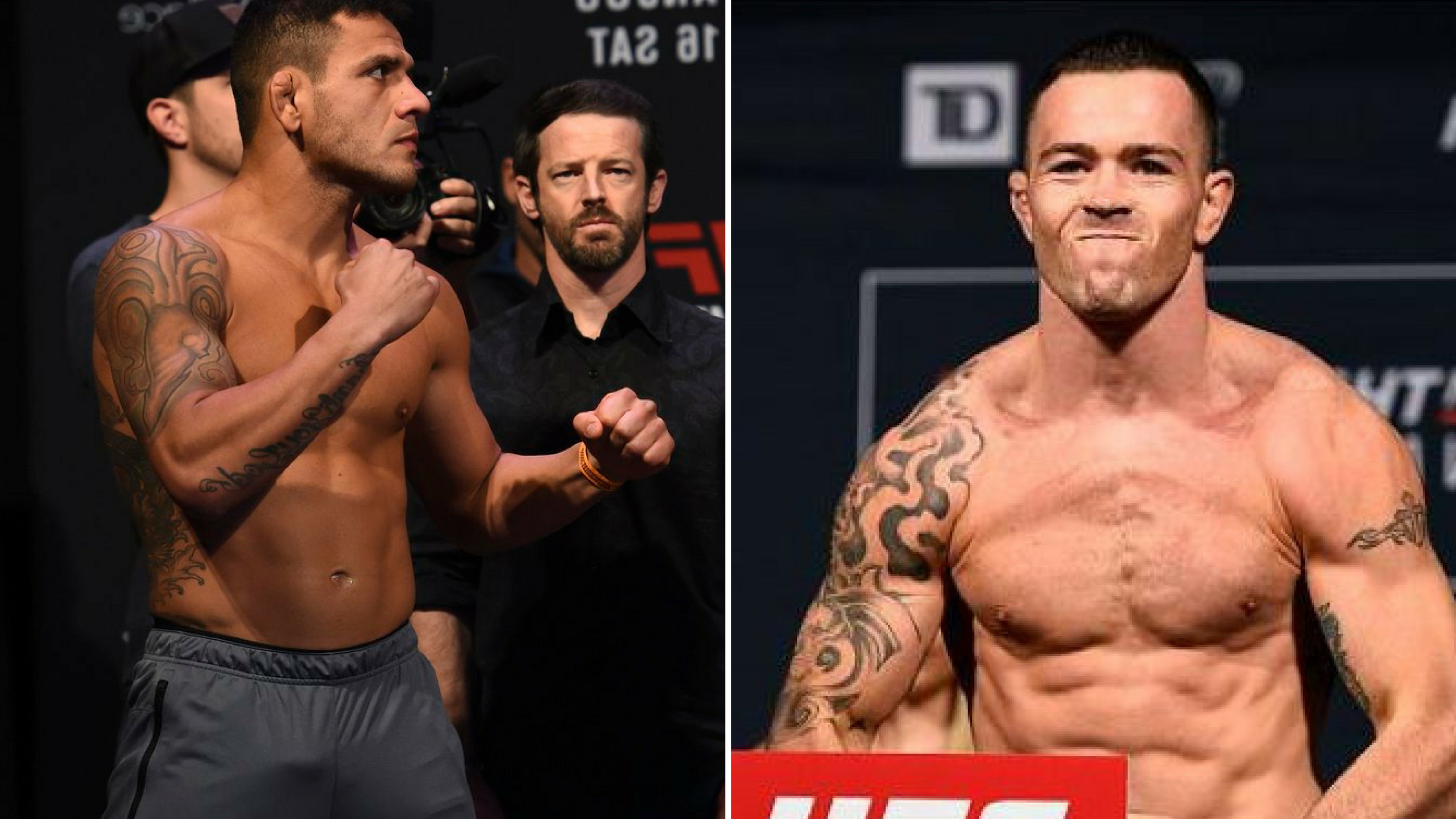 At the UFC Winnipeg post fight press conference, journalist Chamatkar Sandhu, covering the event for WWW.MMAINDIA.COM, read out Colby Covington’s tweet to Rafael Dos Anjos, wanting to get his reaction on the same.

Sad performance by the JV Squad on FOX for #UFCWinnipeg . RDA couldn't even finish a broken old man! Tyrones faking injuries. I'm here to make this division great again. @RdosAnjosMMA step up and defend that #dump you call home & fight me for the interim title you #FilthyAnimal

Rafael responded to Colby’s tweet and Chamatkar’s question stating “That guy has 6,000 followers on Twitter. He’s just talking crap about people and he showed nothing in the division. He beat nobody.”
“He beat Demian Maia, but Demian Maia looked really bad when he fought Demian, and I have no comments on that guy.”

This answer then based on Chamatkar’s question was carried by several MMA news outlets including mmafighting.com, mmajunkie.com, mmamania.com,bloodyelbow.com, forbes.com,mmaweekly.com,bjpenn.com amongst many others.

Hey Brazil! You only have one guy left in the @ufc top 10 who can defend your dump of a country IF he has the testículos to take on The King. Hit @RdosAnjosMMA up and let him know what the #FilthyAnimals want. I got a division to make great again. pic.twitter.com/x0iz9ZQzXp

I woke up to the shocking news that @RdosAnjosMMA doesn’t want to fight me. I imagine it would be hard to have any pride in that dump of a country 🇧🇷 which is why u left it in the first place, but can’t u at least fake it and pretend u want to defend those #filthyanimals? https://t.co/6ZgpSWp1Lt

Live footage from
Brazil! Look at this #FilthyAnimal go! @RdosAnjosMMA win over old man Lawler was so inspiring, now everyone back in that #DUMP is trying to jump old men and run away!!! @ufc @danawhite @seanshelby pic.twitter.com/siXVfYmrJp