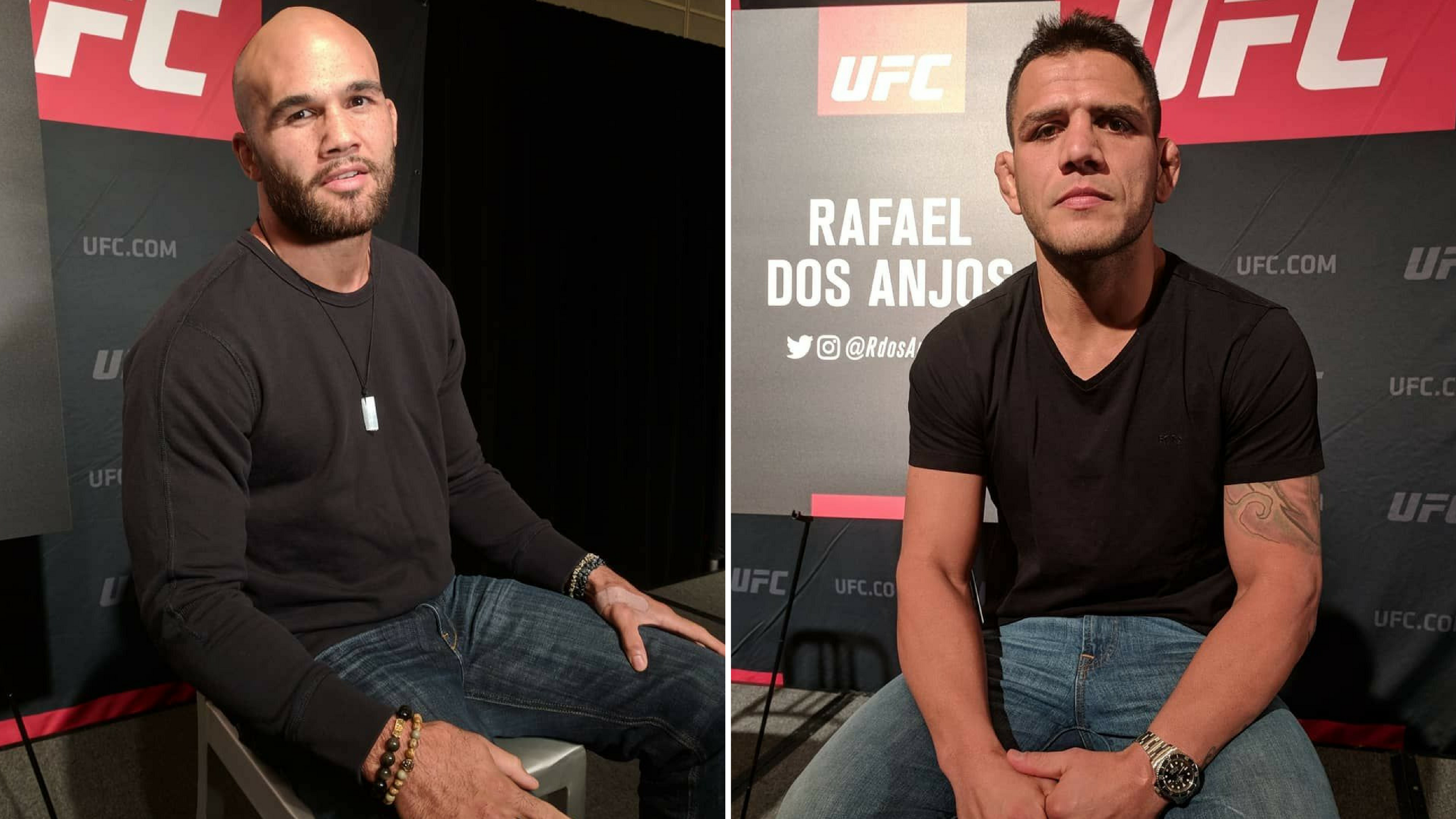 Rafael Dos Anjos spoke to The MMA India Show and www.mmaindia.com along with other media outlets at the UFC Winnipeg media scrum and he had something to say about his fight with Robbie Lawler which is the main event of the night.

“I believe he’s going to try to finish the fight quickly, but that won’t happen. I think that the longer this fight takes, the better it’ll be for me. Since he tried to finish Cerrone quickly, I think he’ll try the same with me. I’m going to do my thing, though, I’ll walk forward, implement my gameplan and won’t get hasty. I know I have 25 minutes and he’s a dangerous guy.”

“His pace slows down a little, but his power remains. He’s still powerful when he’s tired, so I must pay double attention in order to not be taken by surprise. I’ll clinch if I have to. I’ll take him down if I have to. It’s hard to do it against someone like him, but doing my strategy is the only way. I’ll try to use my speed and my footwork to be able to land my shots.”