Rafael Dos Anjos still wants to take on Conor McGregor, says he is a bad match-up for the Irishman 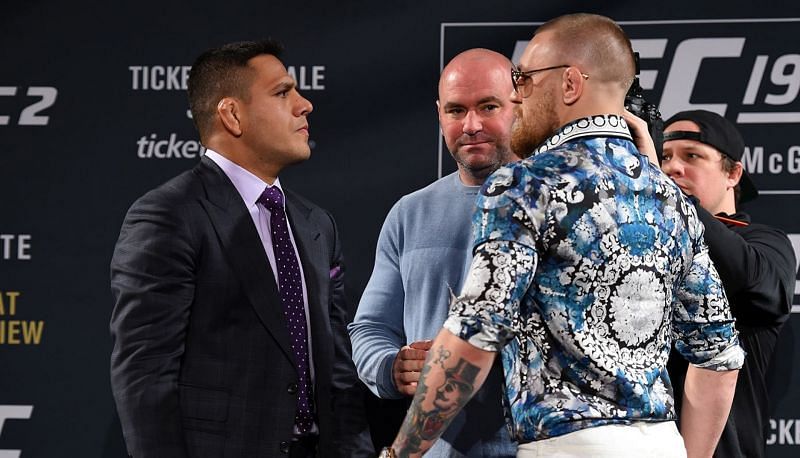 The pair were initially supposed to fight five years ago in 2016 at UFC 196. However, the fight fell through after Rafael Dos Anjos pulled out of the fight and the Irishmen instead fought Nate Diaz, which would later blossom into an amazing MMA rivalry. 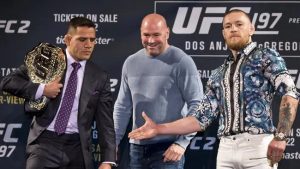 Rafael Dos Anjos hoping for a fight against Conor McGregor

Speaking to MMAjunkie.com, Rafael Dos Anjos said that he is still looking forward to fighting Conor McGregor and is confident of beating him and considers himself as a bad match-up for the Irishman.

“I believe when I fought Conor he was in the best moment of his career, and I was in the best moment of my career,” Rafael dos Anjos told MMA Junkie. “I had the belt at the time, and I was feeling pretty confident at that time, and I was in great shape. I think I’m a very bad matchup for Conor. Especially for my style, my kicks and southpaw stance, my grappling skills, my wrestling skills. But that’s something that passed already. With the results of his last fights, I think our paths can cross again, but there’s so many options right now in that division.”

While he wants to take on the Irishmen, the 36-year old Brazilian said that he would be happy to take on any top-ranking fighter in his weight class.

Dos Anjos is coming off of a win against Paul Felder at UFC Fight Night 182 last November.

Who do you guys think would win in a fight between Rafael Dos Anjos and Conor McGregor? Let us know in the comment section below.