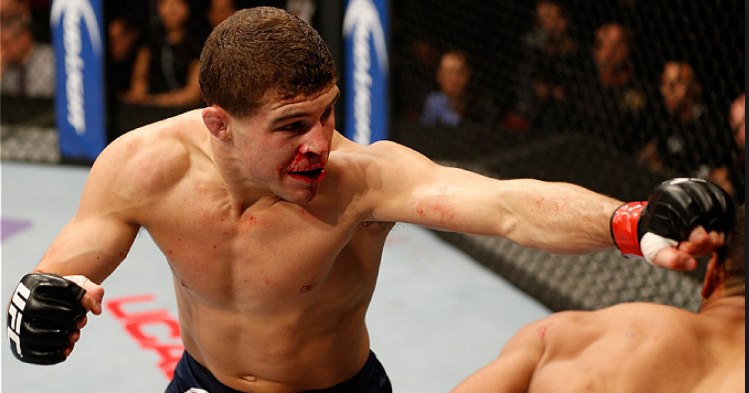 Al Iaquinta is raging again. Known popularly to fans as ‘Raging Al’, Iaquinta proved that he is one of the best Lightweights in the world by absolutely destroying Diego Sanchez at UFC Fight Night 108, less than a week ago. Just when it felt like Iaquinta was back, he talked about not doing this anymore in the post-fight media scrum. After learning he was once again left off the performance bonus list, he capped all this off by sending the following tweet:

These are pretty strong words, especially for an employee. All this brings us to the logical question: What the hell happened between Al Iaquinta and the UFC? We will have to go back a few months to get to the root of the issue. Al Iaquinta was slated to face Thiago Alves at UFC 205 last November. However, news broke in September that Iaquinta had declined the fight due to a contract dispute with the UFC. Iaquinta believed that he was being paid too little and a loss would have had him effectively fighting for free:

“If I win the fight and they take taxes out and I pay my trainers, I make okay money. Okay. For fighting in a cage, I don’t know about it. God forbid, I don’t win the fight, (after) taxes, trainers, all the expenses, everything that goes into a training camp, I’m basically fighting at Madison Square Garden for free. It’s just unreasonable. So I asked him to reach out to the UFC, and from what he (Iaquinta’s manager) tells me there was no consideration of a negotiation whatsoever.”

However, this was not just about his fight purse. Iaquinta’s issues with the UFC were deeper than that. In an interview with MMAFighting’s Ariel Helwani in September last year, Raging Al talked about how he became disillusioned with UFC in his 17 months away from the sport. After his fights with both Bobby Green and Gilbert Melendez fell out, he elected to treat a knee injury he had suffered a few years ago. UFC initially offered to only pay a small percentage of the treatment. They ended up paying for the whole treatment but that left a bad taste in Iaquinta’s mouth. This, coupled with the fact that he had lost his monthly sponsorship pay due to UFC’s Reebok deal, made Iaquinta disillusioned with the organization. He had to find a full time job as a real estate agent to feed his family.

“That just changed my outlook on everything,” Iaquinta said. “God forbid, I take this fight, $26,000, I win, I lose, whatever happens. Say I get hurt somehow, I got nothing. I’d have to take off time from my clients, I’d have to take off time with the real estate that I’m learning. I kind of got myself in a groove. To stop that, to take a fight where I could be risking everything, it’s just not worth it for the amount of money that they’re going to pay me.

According to ‘Raging Al’, when his manager talked to Joe Silva (UFC’s match maker at the time) to renegotiate his contract, Silva cursed him out and threatened to fire him:

“Am I going to be able to walk? Am I going to be able to live and enjoy life? And for him to say, ‘eff you, eff this, I’ll cut him. Is he retired?’ Maybe we don’t see eye-to-eye, and maybe I’m not worth what I am, but for you to say, ‘eff this, eff that’ — you’ve never stepped in the cage. You don’t know what my body feels like after a fight, what my body will feel like down the line. So for a company like the UFC to talk to me like that, to talk about me like that, it just doesn’t sit right with me. I think it could’ve been resolved a whole different way. I think we could’ve gone about it a whole different way. I don’t know. It’s just frustrating.”

All this bad blood and then there is the issue of UFC banning him from receiving post-fight bonuses due to another incident between the two parties. Iaquinta had requested to skip a fighter’s summit early in 2016 and then posted a picture from a beach near his house on social media a few days later. Iaquinta revealed this in the same interview:

All this led to Iaquinta withdrawing from UFC 205 and subsequently retiring from MMA. His retirement was considered a huge loss for the Lightweight division as he was (and still is) a guy who could be a champion in the future.

Al did finally come back, and he did so in style. He wrecked Diego Sanchez in just 98 seconds after staying away from the sport for more than two years. Even after such a scintillating performance, Iaquinta is still unsure of his future. The reasons, once again, are unrelated to actual fighting:

“I don’t know if it’s worth it,” Iaquinta said in a post-fight media scrum. “I don’t know if the money is worth everything I go through to do this. It worked out tonight, but it’s not gonna be that easy. So I don’t know. I’ve gotta think if it’s worth it. I’ve got a lot of injuries. It’s a lot of years lost that I’m not making any money. And now I’m not making sponsorships. I’m in the video game and I haven’t gotten a dollar from it and I don’t even have an Xbox and they haven’t even sent me a video game.”

And then he learned that he had once again failed to win the UFC’s post-fight performance bonus. Surprisingly, Iaquinta – who has three TKO’s and one KO in his last five fights – has never won a bonus in the UFC. He once again lashed out at the UFC in his interview with Ariel Helwani on Monday:

“If anything, I hate that (UFC’s politics) even more now,” Iaquinta said. “Just not winning the bonuses, I don’t know. I don’t know whether they didn’t give it to me because I didn’t deserve it, or whether they didn’t give it to me to kind of shaft me, because they said in the past that I wasn’t eligible to win bonuses and maybe they’re just sticking it to me. The whole bonus thing is just ridiculous. The fact that they’re giving $50,000 bonuses, it’s like their little way to control everybody.

“I don’t understand how everyone just thinks that’s normal,” Iaquinta added. “Fifty-thousand dollar bonus — a bonus is like a little something extra. Fifty-thousand dollars is like three times some of these guys’ pay. That’s not a bonus. That’s like life-changing stuff. And oh, it looks great. But guess what? That’s their little way to control you. You’ve got to suck up to the man. You suck up to the man, you get on the mic, you thank Joe Silva, ‘thank you guys, you guys are the best, thank you Dana White, thank you Lorenzo Fertitta,’ and those are the guys who get the bonuses. So it’s their little way. Like, ‘kiss my ass and I’ll give you a little scrap.’

Iaquinta is not holding back his tongue at all, naming everyone from Lorenzo Fertitta to Dana White himself. Taking umbrage to the comments Dana White made after UFC 208, he asked the boss to shut his f*cking mouth:

“Dana White has done a lot for this sport, but he’s not gotten one injury from this sport. And for him to say, ‘the best part of UFC Brooklyn was the flight home’ — you’re on a private jet, bro. Shut the f*ck up. You’re on a private jet. Most people, that would be the highlight of their life. Forget the night. You’re on a private jet, of course it’s the highlight of your night. Two guys are fighting in a cage, getting hurt. Jim Miller probably couldn’t [walk]. Who was the leg kicks, someone was getting their f*cking leg kicked in? [White] owes an apology to all those motherf*ckers. That’s some bullsh*t. Shut your f*cking mouth.”

It is very easy to understand where Al is coming from.

Recently, there have been a lot of talks regarding a fighter’s union. A lot of fighters with big names have joined newly formed fighter’s unions while many others have openly endorsed and talked about them. Iaquinta himself is in favour of such unions and believes this will help the fighters to even the scales in their favour:

“The fighters have to have a voice in something, even just something like the weigh-ins. The morning weigh-ins, some guys love it, some guys don’t. Like, what? It should be up to the fighters. In some way, in some capacity, there’s gotta be someone asking, ‘how do you feel? How do you feel after a morning weigh-in? How does it feel to cut weight all night and then hold your weight and weigh-in in the morning and get a certain amount of time to recover? Rehydration, these things, stuff like that. The fighters, we need to be heard. It’s gotta be our time now.

“I don’t want to be that guy, but we need to do something,” Iaquinta added. “What are we doing? This is dumb. They want the Reebok sponsorship because they want to be like the NFL, but they don’t want to be like the NFL because there’s no union, but you can’t even ask them about a union because they go right around the question. Ask Dana White about a union. He’ll come with the same answer every time. ‘Oh, well they can’t unionize because they’re independent contractors.’ Right around it. Why doesn’t he talk about it? He’s doing an interview with Megan Olivi, I guarantee they don’t talk about that. He’s done everything for the sport, now it’s time to do something for the fighters.”

Maybe it is indeed the time to do something for the fighters and Al Iaquinta may just be the guy to do it. He is still in the prime of his career at 29 years old and he not fighting would be a huge loss for the fans. Here’s to hoping that the UFC will loosen its pockets and give the man his money. He has earned it.