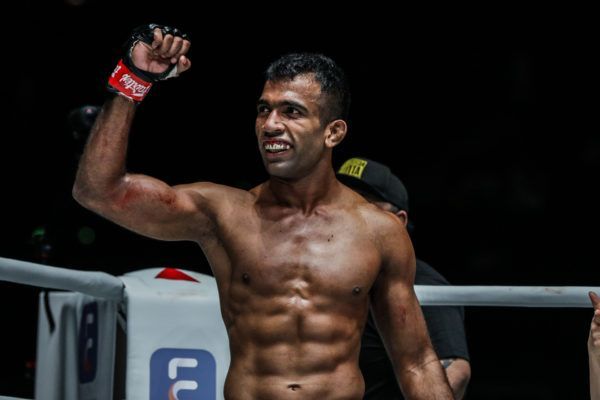 Indian MMA star Rahul Raju returned back to the win column with a bang after defeated Otgonbaatar Nergui via rear naked choke submission in Round 2 at ONE: Battleground II in Singapore.

This was a dominant performance by Rahul Raju who submitted a submission artist and picked up his first win in nearly two years. It was an upset victory for the Indian. 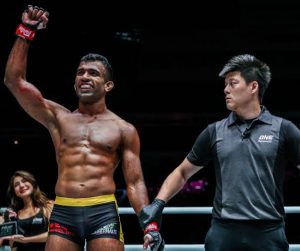 This win will definitely boost the confidence of Rahul Raju who was finished by Pakistan’s Ahmed Mujtaba couple of months ago.

Rahul Raju changed his style for this fight

Rahul made some pivotal changes heading into this fight against Otgonbaatar Nergui.

“This match is very important for me. I have made a few changes in my style and in my defense, I’m going to be calmer and more precise and my timing’s going to be great.”

“I learned a lot from those two matches. I made some huge changes in my striking game and my mind was a little bit down. I was not just there.

Rahul Raju made the correct prediction

Prior to the fight, Rahul also predicted that he was going to submit the Mongolian in the second round.

“My prediction is probably submission in the end of first round or second round,” he said. (H/T – AsianMMA)