Home Indian MMA Rahul K Raju and Roshan Mainam to fight at ONE: Reign of... 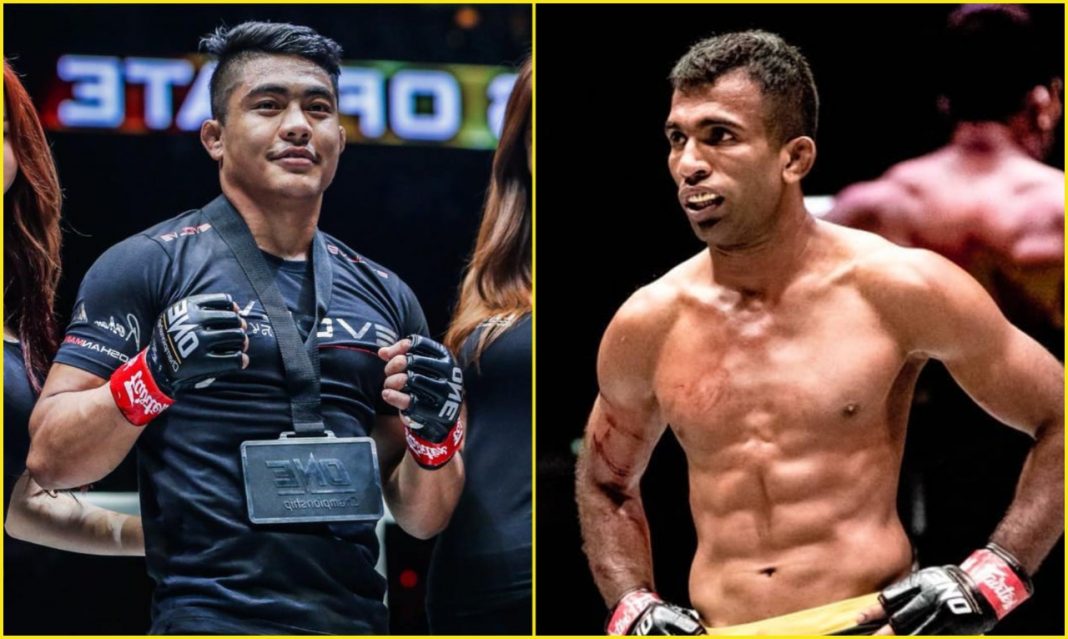 ONE Championship announced the main and co-main events for ONE: REIGN OF DYNASTIES scheduled on 9th October 2020.

Mainam will try to build off of an impressive debut win over Khon Sichan in November 2019, while Liu will try to get his second consecutive victory.

Mainam turned professional at the end of 2016 and spent the first part of his professional career in Indian regional promotion Super Fight League, where he was one of the organization’s fastest rising stars. After his success in SFL, he earned a place on the famed Evolve gym in Singapore after shining in tryouts and then signed with ONE Championship to fight on a bigger stage.

Another Indian fighter, Rahul K Raju had successfully held on to his winning ways which started with his submission victory over Richard Corminal at Enter the Dragon in March this year. Before that, he had three back to back losses.

In Singapore, Raju began training at Juggernaut Fight Club in 2013, and soon competed in various combat sports as an amateur before switching his focus to competing professionally in the cage. He made his debut in February 2016 with a submission win, running up an impressive record along the way by competing in the Singapore Fighting Championships.

Raju has the opportunity of a lifetime and he intends to make his mark on the global stage by beating out every opponent placed in front of him. He has since been in several entertaining battles against top-tier competition and he continues training wholeheartedly in pursuit of his dreams.

Amir Khan will attempt to get his ninth knockout victory against surging Indian lightweight star Rahul “The Kerala Krusher” Raju, who submitted his last two opponents via rear-naked choke at ONE: REIGN OF DYNASTIES on October 9.

The World Title gold is on the line in the main event with two-time World Champion Sam-A Gaiyanghadao defending the Strawweight Muay Thai World Title against top contender Josh Tonna.

Top flyweight contenders collide in an explosive battle, as the world-ranked Reece McLaren takes on the undefeated Aleksi Toivonen.

The event will be held in Shanghai, China.