UFC: Randy Brown pulled off UFC on ESPN 1+ despite being ‘100% healthy’ 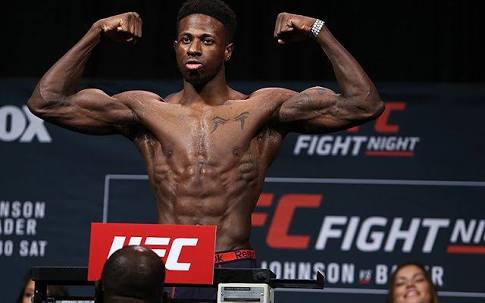 An extremely stacked UFC on ESPN +1 card this weekend has suffered a third blow. After Ion Cutelaba and John Linekar, Randy Brown has pulled out of his fight. 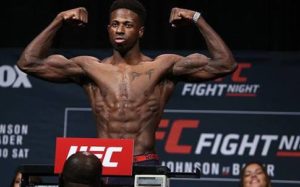 Brown (10-3 MMA, 4-3 UFC) was slated to fight against Chance Rencountre (12-3 MMA, 0-1 UFC) in the opening bout of the card. Brown however took to Instagram today to confirm his withdrawal. Strangely, Brown claimed that he is ‘100% fit’ and did not reveal the exact reason for his withdrawal. (via Instagram):

“Thank you to all my friends family and the fans attending the UFC Brooklyn event,” Brown posted. “I am 100% healthy and ready to fight. My team and i tried our best to keep the fight on. Unfortunately the decision wasn’t up to us. Im excited to be back in action as soon as possible #UFCBrooklyn.”

Brown added: “No home game this time y’all. It’s been a long hard training camp. can’t let that go to waste. I’ll be back in a few weeks. #ufcbrooklyn #hometeam.”

As per ESPN.com, Contender Series prospect Dwight Grant (8-2 MMA, 0-1 UFC) is slated as the frontrunner to take on Rencountre.

Brown was coming of an unusual and frustrating loss against Niko Price at Fight Night 133 back in July. Brown used his range to give Price some problems in the first round. In the second round however, Brown established top control. Price known for his power, rested Brown’s head on his legs and unloaded a barrage of hammerfists from downward position to knock Brown unconscious.

Previous article
Brian Ortega reveals why he is a professional fighter in one short and sweet line
Next article
UFC: Cowboy Cerrone reveals his three favourite fights in his storied career
- Advertisement -