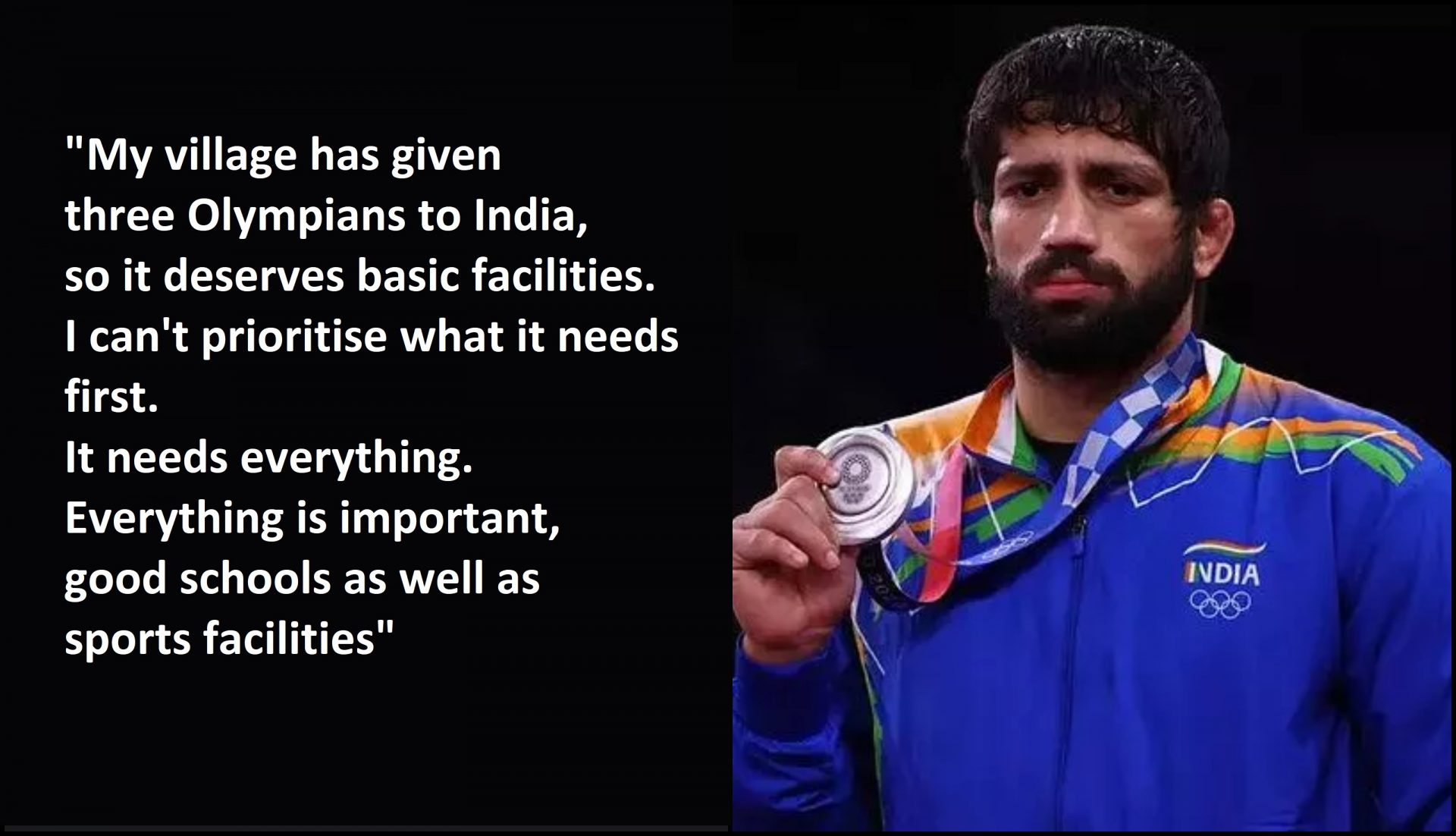 Not many people are aware of the village named Nahari in Sonepat district of Haryana, but its from where India has gotten three of its best ever Olympians- including Ravi Kumar Dahiya, who has earned a silver at the recently concluded Tokyo Olympics.

Unfortunately, Dahiya and the others who hail from Nahari, have faced tremendous struggles due to the lack of a number of basic necessities, such as electricity supply and even portable drinking water.

Before Dahiya, who is the son of a farmer, Nahari saw two more Olympians emerged from it. The first was Mahavir Singh, who represented India at the 1980 Moscow and 1984 Los Angeles Games, and Amit Dahiya, who took part in the 2012 London 2012 Games.

Dahiya, being the third Olympian out of his village, has brought India its second silver medal in Wrestling after Sushil Kumar, but following his historic feat, lamented the lack of necessities his village suffers from.

The 23-year-old, who is set to be awarded a government job, a plot at a concessional rate as well as Rs 4 crore cash by the Government of Haryana, revealed that he will assist his village in getting the basic necessities. An indoor wrestling stadium is also set to be erected.

“Nahari has sent athletes to the Olympics in the past as well, and my village needs many facilities. I’m glad that all the people, especially youngsters there will get more opportunities to train,” said Dahiya.

However, the silver medallist lamented how Nahari, who has been sending out Olympians since 1980, has still been neglected to this day, which has impacted everyone in the village, as well as many nascant wrestlers who may have had their Olympic, international or national dreams shattered.

“Yes, my village has given three Olympians to India, so it deserves basic facilities. I can’t prioritise what it needs first. It needs everything. Everything is important, good schools as well as sports facilities,” he added.