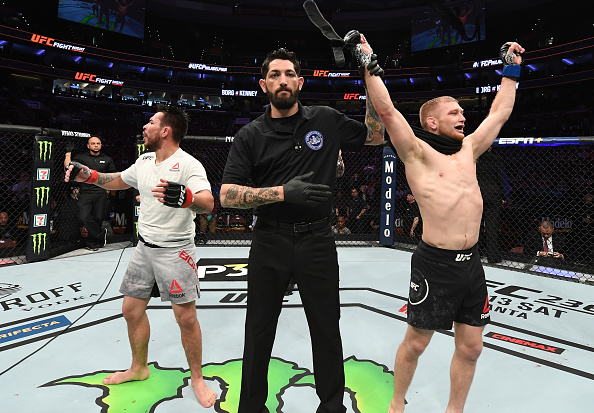 Ray Borg has not had the best time in the UFC recently. At UFC Philadelphia, his performance was not enough for him to pick up a win. He lost to Casey Kenney in a 29-28, 29-28, 30-27 Unanimous Decision loss instead. He has since spoken out about it and revealed that he is far from happy with the result.

Borg revealed that he felt that the judges had not done a good job, and he had felt that he had the better of his opponent.

“I knew the first round was really close, but especially after the first, I really thought it was in my favor. I really, really did. It sucks. You’re never supposed to leave the fight in the judges’ hands, but at the same time, the judges need to do their job. They need to be more educated. This was for my family; this is our livelihood at stake. They can’t just be getting this sh-t wrong.” – H/T Bloody Elbow

Borg has gone through quite a few issues, following his submission loss at UFC 216. There have been multiple fights cancelled, and during his time away from the Octagon he faced personal issues as well. Borg’s son, Anthony, has already gone through three Brain Surgeries due to Hydrocephalus. He was already in dire financial straits, and on top of that Kenney’s manager apparently has demanded 30% of his purse because he missed weight.

“They agreed at 20% and then the next thing you know, his manager wanted more. I know I missed weight, but the damn guy’s got to realize this is my livelihood. This is my family at stake, and it is what it is.”

Borg has not lost two fights on the drop and will be looking to pick up wins in the future, to better handle his own career and his family situation.