Ray Borg released by UFC after another fight withdrawal 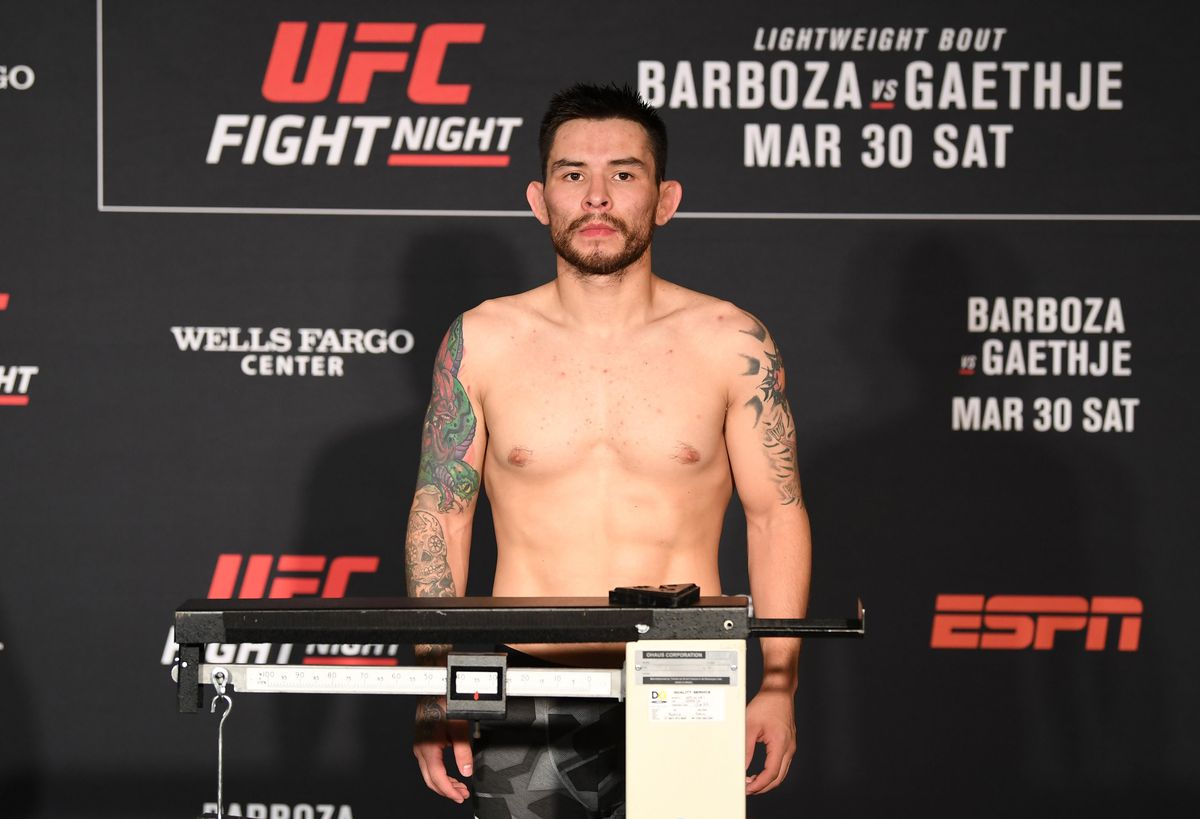 UFC flyweight fighter Ray Borg has been released by the UFC after he withdrew from his scheduled bantamweight fight at UFC on ESPN+ 31.

Ray Borg was going to fight against Nathan Maness at UFC on ESPN+ 31 but had to withdraw from the fight right before the weigh-ins. It was a second straight fight that Ray Borg had pulled out of and the reasons for missing the fight weren’t made public to the media.

Ray Borg was going fighting at bantamweight and many believed the reason for withdrawal would have been weight concerns. The news of Borg being released from his UFC contract was first reported by MMAFighting

Ray Borg has pulled from several fights at last moments due to weight issues and personal reasons and the increase in the frequency of the pullouts may have forced the UFC to pull the trigger.

Borg was supposed to fight Merab Dvalishvili at UFC on ESPN 10 but pulled out just two days before the fight and flew back home to Las Vegas. Borg is perhaps best known for his 12–fight tenure in the UFC.

Borg has pulled out of many fights in his UFC career. Borg faced Rogério Bontorin on February 15, 2020, at UFC Fight Night. Borg missed weight for the bout,weighing in at 128 pounds, two-pounds over the non-title flyweight limit of 126 pounds.

Borg was expected to face Joseph Benavidez on November 10, 2018, at UFC Fight Night 139 however the bout was canceled due to undisclosed medical reasons.

One of the highlights of his career would be a five-round battle, where he went up against then flyweight champion Demetrious Johnson for the UFC flyweight championship. He lost the fight in the fifth round via an armbar which turned out to be one the best submission moves ever been performed inside the octagon.

Ray Borg had many personal issues he had to worry about other than his UFC career. His sons suffer from hydrocephalus, a brain condition. That has led Borg to pull out of fights on multiple occasions to put his family’s best interests ahead of his fighting career. Ray Borg was also one of those few people on the bus which was attacked by Connor McGregor before UFC 223 after which Borg has to face an eye injury.

Since Ray Borg is a free agent now he can try out fighting in other organizations till then he has to focus on his issues which have been getting in between his fighting career.