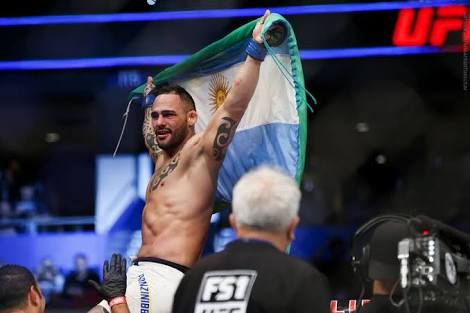 UFC welterweight division is probably one of the most stacked divisions in the UFC. With #3 ranked Kamaru Usman getting the nod over interim champion Colby Covington to take on Tyron Woodley, opens up various options. 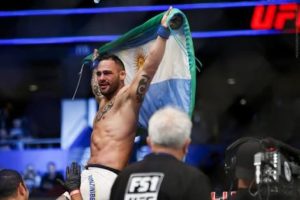 Two of them trying to move at the top are #10 ranked Santiago Ponzinibbio and former lightweight champion and #8 ranked Rafael Dos Anjos. Both the South Americans have been going at each other on Twitter. (via Twitter):

The duo then started back and forth in Portuguese.

After a Twitter user suggested Curitiba, a fight card to be slated in May, Ponzinibbio said he liked the idea of fighting in Brazil – to which Dos Anjos replied that “it could even be at UFC Fortaleza in three weeks.”

Ponzinibbio agreed to the idea however left the choice of time and place to Dos Anjos.

Ponzinibbio is at a cusp of a title shot. He made it inevitable with a brutal fourth round knockout of Neil Magny in his hometown further establishing his case.

Dos Anjos on the other hand is on a two-fight winning streak. Dos Anjos started his welterweight run pretty impressively with a three-fight winning streak which earned him an interim title shot against Colby Covington. Does Anjos however lost a unanimous decision to Covington. Dos Anjos in his last fight, lost a unanimous decision to Kamaru Usman. Considering both Usman and Covington being wrestlers, it would be interesting to see how Dos Anjos matches up with a striker.

UFC: Wonderboy welcome to the idea of Anthony Pettis moving up to 170 for ‘fan friendly’ fight