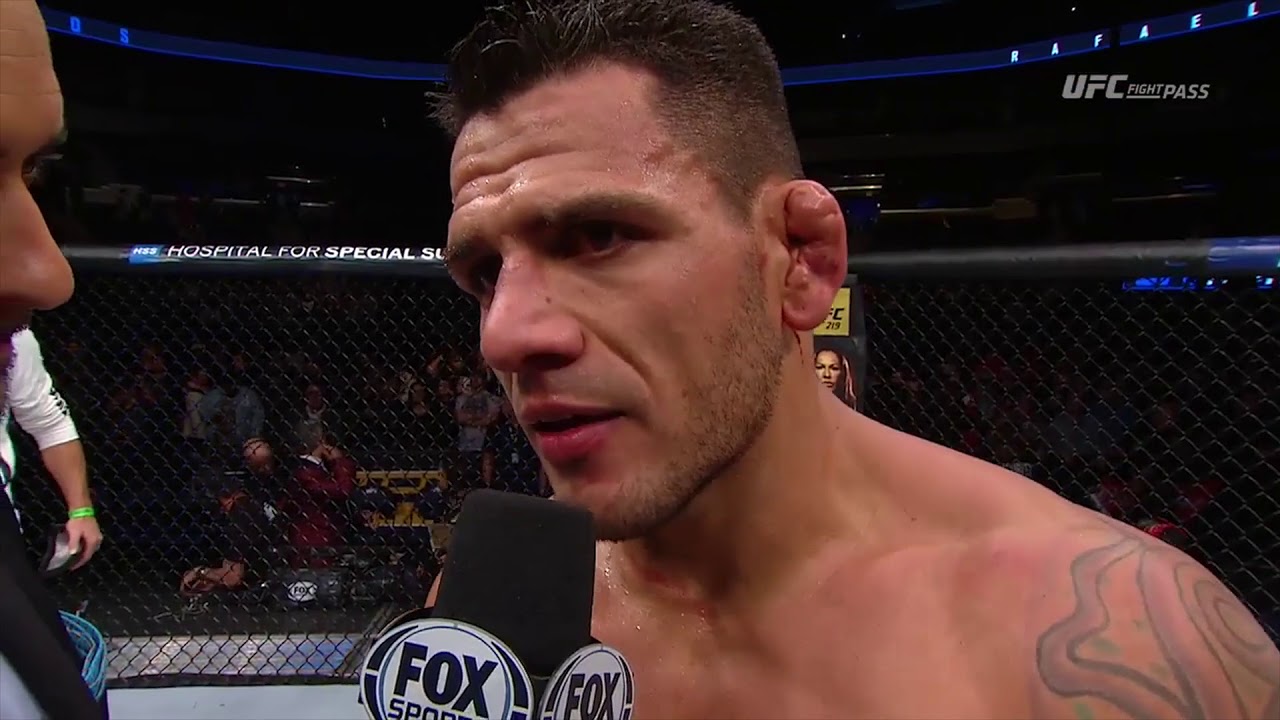 Rafael Dos Anjos who is a former UFC lightweight champion and recently campaigning at welterweight recently appeared on UFC on Fox show and talked about the future upcoming fights and gave his predictions on UFC 228 and UFC 229.

Rafael dos Anjos also made a prediction for the UFC 229 main event, which will see Khabib Nurmagomedov attempt to defend his title against Conor McGregor. 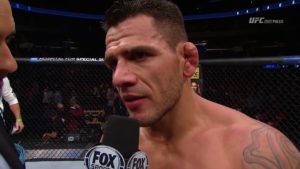 “Looking at the five-round fight, I think if Khabib put him down in the first round, I think he could get a finish,” he said. “He’s gonna pound on him and he’s got good control, he’s going to lay on him, on top of him, and it’s gonna be a long night for Conor.”

Rafael has also picked Tyron Woodley to beat Darren Till at UFC 228, He said:

“If Till does not make weight and the fight happens, I think he’ll have a little advantage over Tyron. But I think that weight cut will be brutal on him, he’s a big boy. I met him, he’s a big guy and if he makes weight I give the fight for Tyron. If he does make 170, I think Tyron has a better chance, a lot more experience.”

Rafael Dos Anjos recently is coming off of a decision loss against one of the most controversial stars on the UFC roster right, Colby Covington.

Colby Covington beat UFC 225 in June on the undercard of Robert Whittaker vs Yoel Romero. before his loss to Covington, he was on a three-fight winning streak having beaten Robbie Lawler in December last year on UFC FN, before that he beat Neil Magny at UFC 215 via round one submission for which he also won Fight of the Night bonus.

A setback loss to Colby Covington proved costly not only to dos Anjos’s title hopes, but his health as he suffered a gruesome ear injury during that bout.

Dos Anjos has had the ear taken care of and said he hopes to return to competition in November.

UFC: Colby Covington says UFC 228 will be a failure without him headlining it, claims that he would have secured at least 500,000 PPV-buys

Previous articleMMA: Ronda Rousey and Travis Browne trying to “live off grid”
Next articleDarren Till still 12 pounds over weight limit, in risk of missing weight?