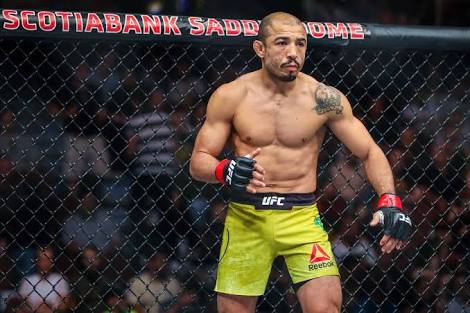 The co-main event however is no different as former UFC featherweight champion José Aldo will take on another Brazilian Renato Moicano. José Aldo without a doubt is considered not only one of the best featherweights but also one of the best fighters to ever step inside the octagon. Keeping his brand in mind, fans and including UFC President Dana White had José Aldo headlining the event. Speaking with a bunch of reporters, White explained the exact reason of Aldo being the co-main event.

With Aldo having more experience going five rounds, the exact reason of him choosing three cannot be exactly explained. Aldo managed to get things back on track in his last fight against a dangerous Jeremy Stephens in July last year.

UFC: Saki vs Safarov also added to UFC London after Oezdemir vs Reyes