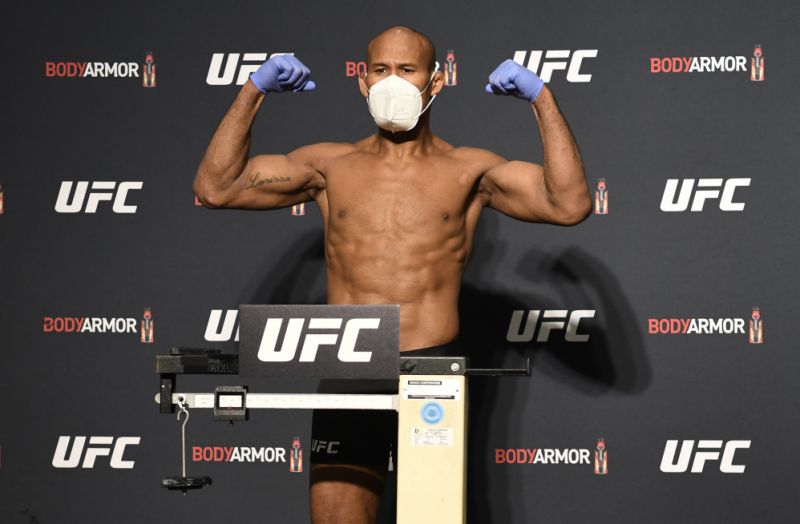 Even if Jacare has tested positive, UFC 249 will go on as scheduled as the remainder of the 23 fighters have tested negative for the virus. The news was first reported by Stephen A. Smith of ESPN on Thursday.

The 40-year old arrived in Jacksonville, Florida, and told UFC that one of his family members had tested positive for the COVID-19. The UFC officials were quick to react and he was immediately tested and put in the isolation ward. 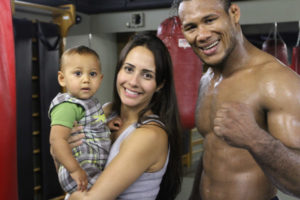 While Souza has tested positive, he made weight and appeared for the face-offs. He also had masks and gloves on during the weigh-ins.

“Souza arrived in Jacksonville on Wednesday and informed UFC officials that a family member had tested positive. Souza was asymptomatic, but was isolated and tested, and Friday the test came back positive.

“The UFC has conferred with Florida athletic officials, who said the fights can go on as scheduled because the system worked in Souza’s case.” ESPN reported.

Jacare Souza wanted to fight at UFC 249 to pay bills

Last month, Jacare Souza had stated that he was very fearful of the Coronavirus but wanted to fight Uriah Hall to pay his bills. He was training in his garage in Florida with his coach Josuel Distak. Souza used to train at Fusion X-cel Performance gym, but it is currently shut down amidst the pandemic.

He also said that he was confident that UFC would take care of his safety.

“I’m scared, that’s normal. Everyone’s scared,” he said. “We try to keep everyone protected, but I keep thinking about one thing: if I can’t pay my house’s mortgage, if I can’t pay my bills, I’m going to lose my house. If I go out to the streets, that’s when it gets complicated, that’s when they really won’t be protected. I have to take care of my family one way or the other, and I believe… I know the UFC will keep me protected.

“(The UFC) will take care of everybody. I can stay home, walk across the street and my neighbor infects me with the coronavirus. This virus is highly contagious. I can stay home and catch it. But I’m going to work. I hope God blesses Dana White and the UFC so they really can make it happen and I can take care of my family with safety.” (H/T – MMA Fighting)