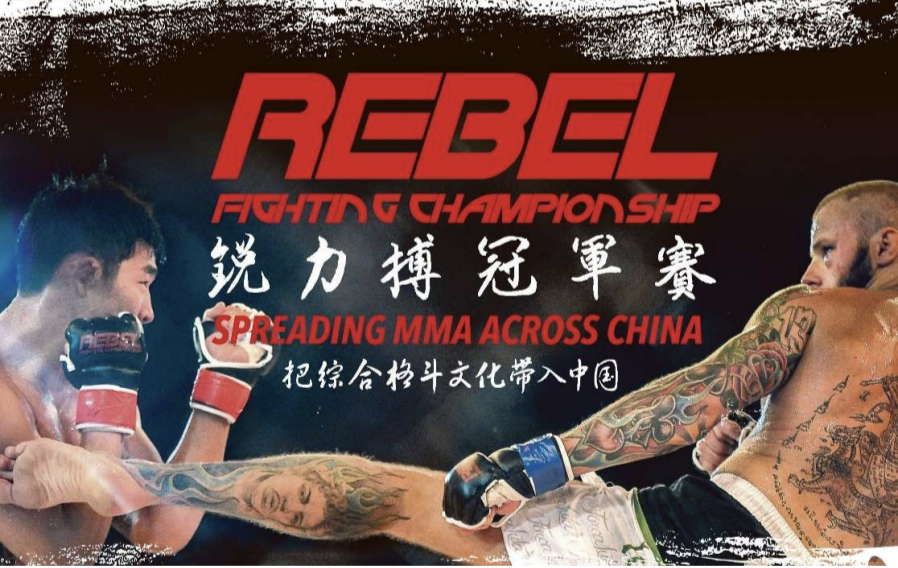 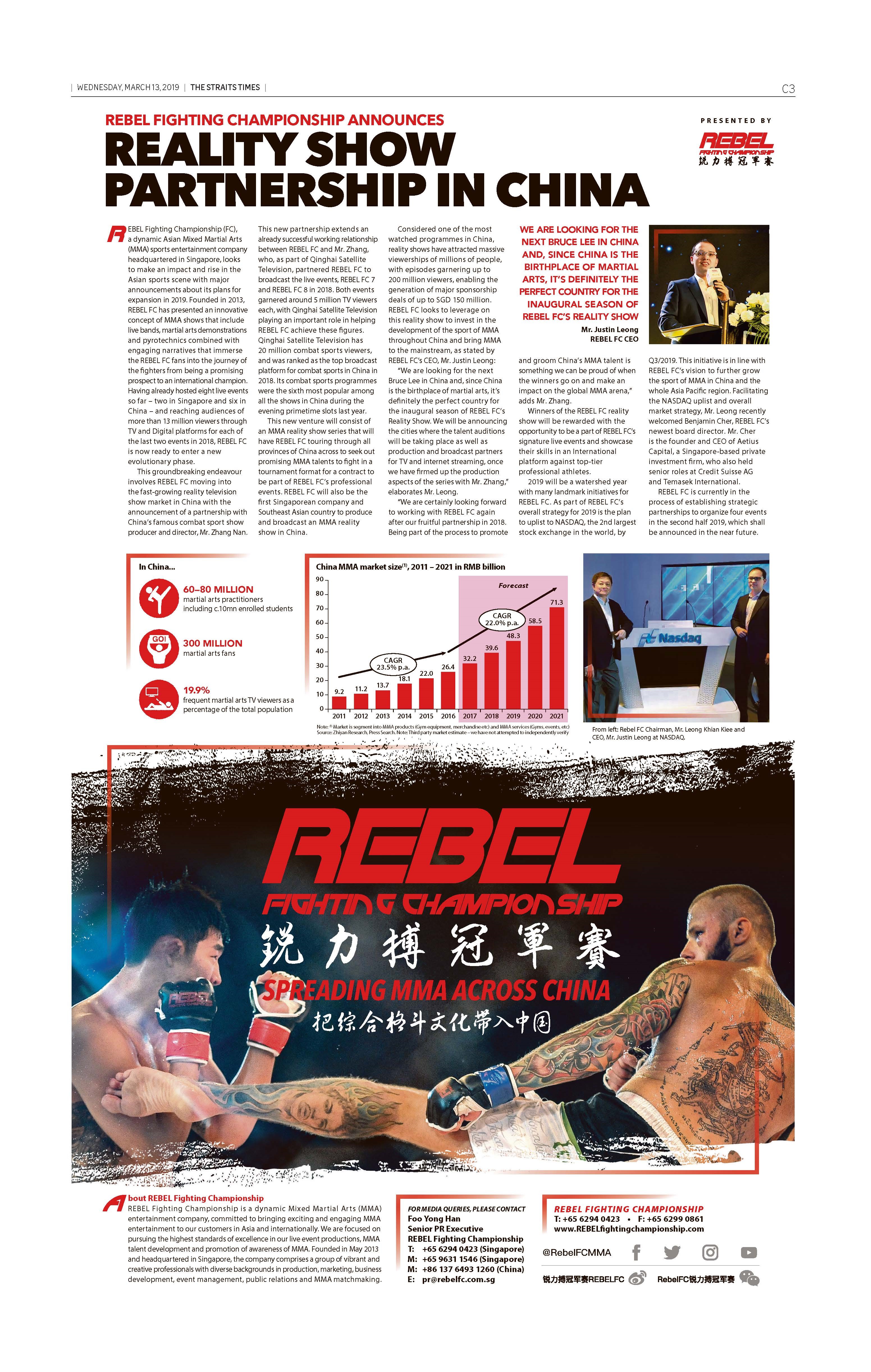 REBEL Fighting Championship (FC), a dynamic Asian Mixed Martial Arts (MMA) sports entertainment company headquartered in Singapore, looks to make an impact and rise in the Asian sports scene with major announcements about its plans for expansion in 2019. Founded in 2013, REBEL FC has presented an innovative concept of MMA shows that include live bands, martial arts demonstrations and pyrotechnics combined with engaging narratives that immerse the REBEL FC fans into the journey of the fighters from being a promising prospect to an international champion. Having already hosted eight live events so far – two in Singapore and six in China – and reaching audiences of more than 13 million viewers through TV and Digital platforms for each of the last two events in 2018, REBEL FC is now ready to enter a new evolutionary phase.

This new venture will consist of an MMA reality show series that will have REBEL FC touring through all provinces of China across to seek out promising MMA talents to fight in a tournament format for a contract to be part of REBEL FC’s professional events. REBEL FC will also be the first Singaporean company and Southeast Asian country to produce and broadcast an MMA reality show in China.

REBEL FC’s partnership with Mr. Zhang has also caught the attention of Singapore’s most read newspaper, The Straits Times.

Please see attached press release for the full details of REBEL FC’s exciting evolution into the reality show market in China to realise its long-term goal of cultivating MMA across the country. Interviews with REBEL CEO, Mr. Justin Leong and/or Mr. Zhang are available upon request.