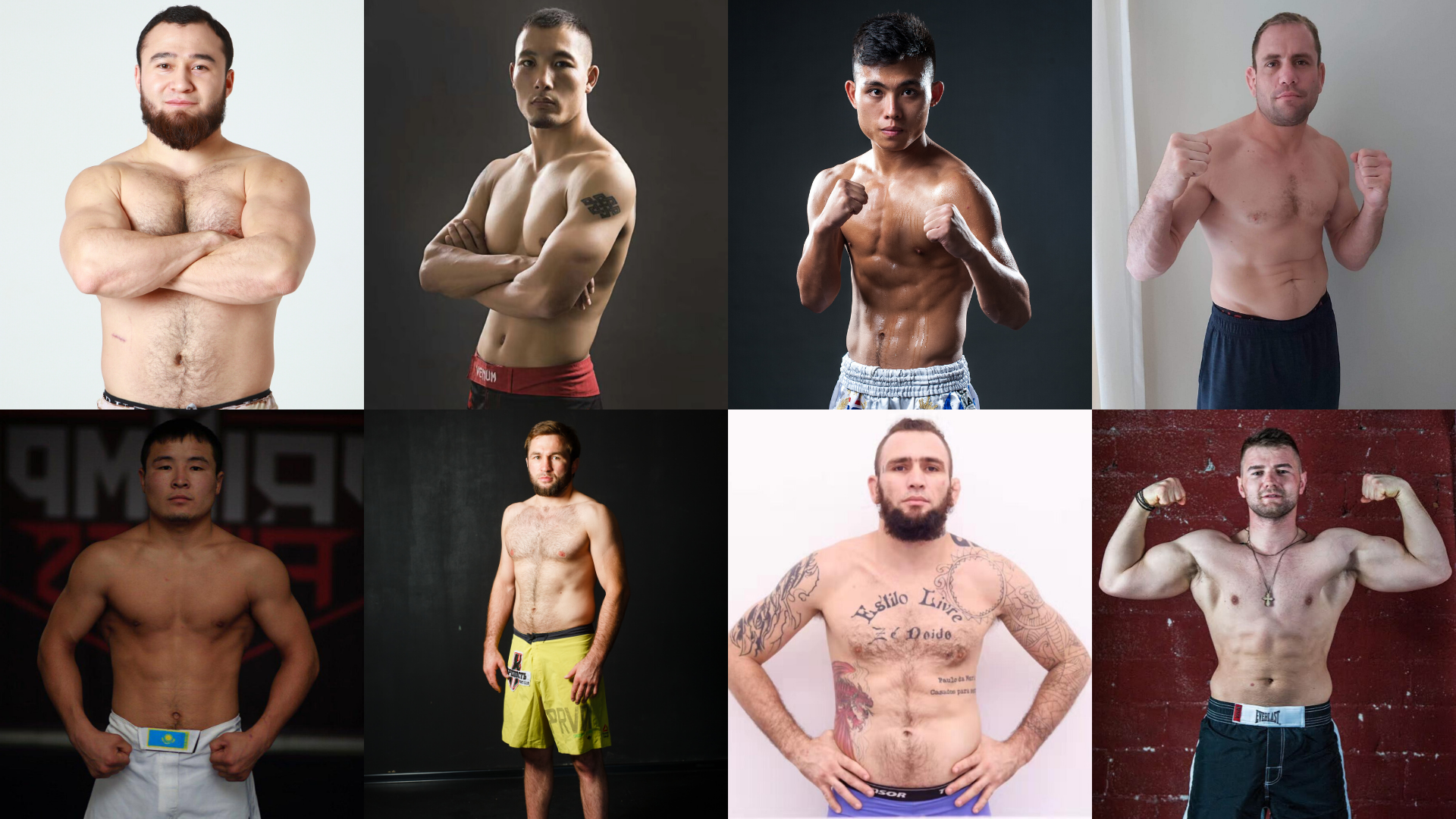 REBEL Fighting Championship (“REBEL FC”) will become the first Southeast Asian Mixed Marital Arts (MMA) Sports entertainment company to host an event in Europe this coming Saturday, 11 Jan 2020, at the Wings of Soviet Sports Hall in the vicinity of the iconic Red Square in Moscow, Russia. This marks an exciting milestone in REBEL FC’s vision to promote China MMA athletes on the global stage against some of the best international MMA athletes in the business. 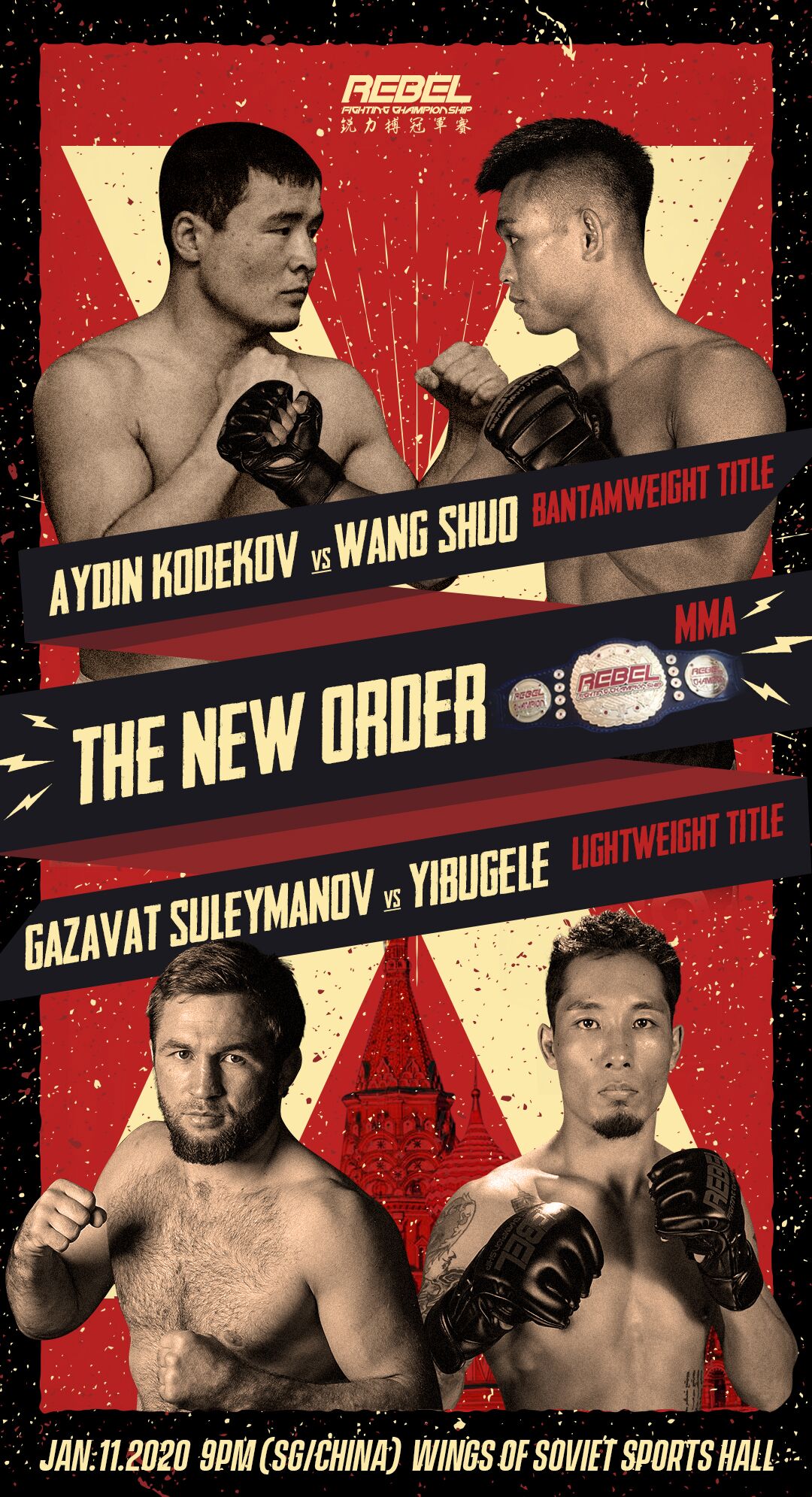 “Our goal is to spread MMA across China and to realise that, we must have high-calibre MMA athletes to wow and capture the hearts and minds of MMA aficionados and the mass audience alike. Our China MMA athletes need to go up against the cream of the crop from around the world and REBEL FC X – The New Order is the perfect platform to facilitate this process,” emphasises Justin Leong, CEO of REBEL FC.

REBEL FC X – The New Order is not only a stage to allow China MMA fighters to shine but a chance for REBEL FC’s Russian partners to showcase Russian MMA talent as well.

“As China enjoys a close economic partnership with Russia due to their proximity with each other, this event is also a fantastic opportunity to build on this strong bond and promote the spirit of cooperation and richer cultural ties between the two nations,” adds Justin.

The following are blockbuster fights from REBEL FC X – The New Order to watch out for: 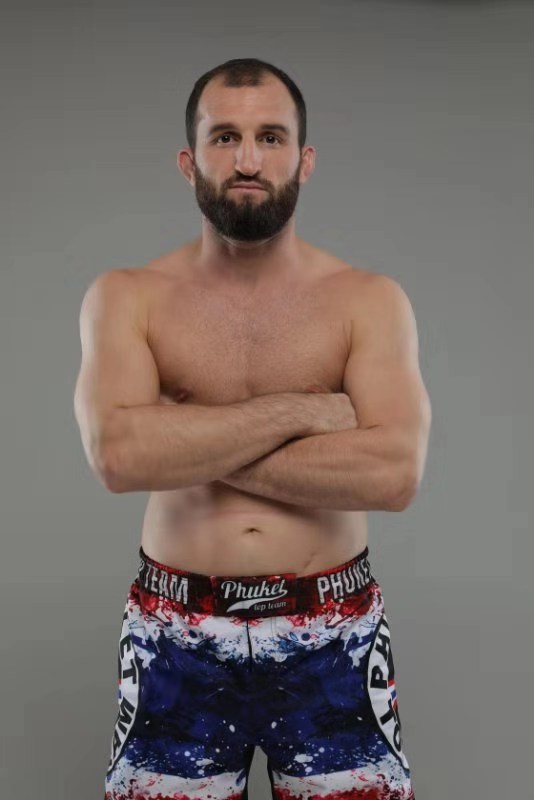 Although Gimbatov has a law degree, he prefers cage action to courtroom drama, enjoying the adrenaline rush of mortal combat since picking up martial arts as a teenager. With a foundation in Muay Thai and BJJ, he has added wrestling to his repertoire and is a force not to be messed with. When Gimbatov is not competing, he runs a food catering business.

Kennedy started training in karate when he was 10 and wrestling as well as BJJ when I was 17. He started training MMA to help a friend prepare for a fight and when his friend was injured and had to pull out, Kennedy replaced him and has been fighting ever since. Kennedy considers himself an all rounder in his range of fighting styles and his matchup with a similarly skilled Gimbatov promises to be an explosive one. He works security at nightclubs on the weekend and owns Kickass MMA gym.

Alikhanov started with wrestling when he was a boy in Dagestan, Russia, where most young boys are into wrestling. As he got older, he added grappling and striking arts to his skillset. When MMA became more popular in Dagestan, he turned professional.

Sinis has been training MMA for eight years because he finds the sport brings out the best in him, instilling patience, determination and drive to be an athlete who is not only skilled in the fighting arts but physically fit. Modelling himself after the Russian MMA great, Fedor Emelianenko, he hopes to challenge for the REBEL FC title belt someday.

A hard-hitting MMA professional who prefers the striking arts of Wushu and Sanda, Vitaly Li’s display is sure to get the crowd going with his flashy, yet crunching punching and kicking combinations. His bout against Brazil’s Paulo Machado will be a fascinating contrast of combat styles. 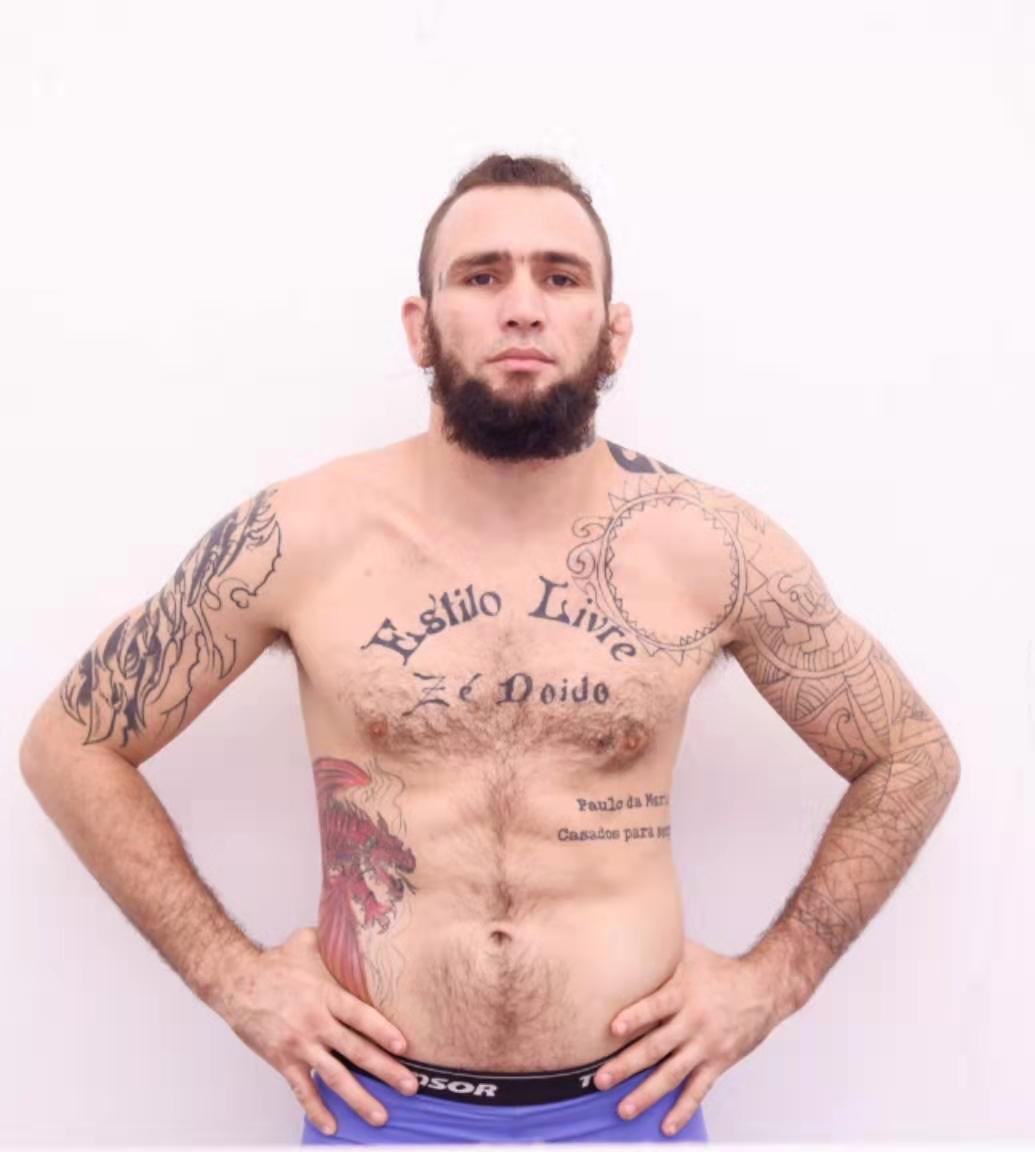 Machado was introduced to MMA by a tattoo studio owner in 2011 when he went to get a tattoo. The tattoo artist also opened to own a Muay Thai gym and invited Machado to try out Muay Thai. Since then, Machado has not only become proficient in the striking arts but BJJ submission moves as well. Machado is a father of four and aims to be a REBEL FC champion in the near future to leave a proud legacy for his kids.

Yibugele has been training in MMA for 15 years since his mid-teens to focus on the sport. He has always enjoyed the rush and challenge of physical combat and gets immense satisfaction from winning and therefore decided the life of an MMA athlete is one he wants to lead. Yibugele is a dedicated athlete, training five hours every day of the week.

Like most combat athletes, his family is against his career in MMA but he persevered and won them over with his determination to succeed in his chosen profession. Born in Inner Mongolia, Yibugele is well versed in wrestling and loves a good, crunching takedown to stun and defeat his opponent. He is no slouch in the stand-up aspect of his game, and also savours knocking out his rivals with either a powerful kick or punch.  Yibugele will start his bout against Russia’s Gazavat Suleymanov on a high after defeating his compatriot Chen Liang Hui in a regional tournament on 26 October 2019 in Hohhot City in China.

Suleymanov started his journey into combat sports by wrestling as a young boy before shifting full focus to Muay Thai. Although he prefers to knock out opponents with the sheer might of his thumping kicks to their body, Suleymanov is not averse to falling back on his wrestling foundation and giving his challenger a good slam. He will go into the inaugural REBEL FC Lightweight title fight with confidence on the back of a triangle choke submission win over compatriot Valdimir Grozdev in King of Valor Russia Krasnoyarsk on 9 November 2019.

Profile:
Wang Shuo was bitten by the martial arts bug when he started practising Muay Thai in Guangzhou at the age of ten. After completing his junior high school, he started taking part in Muay Thai competitions in China as well as Thailand. He began training in MMA at the age of 21 when he realised the sport added more diversity to his skillset. Wang now trains 6 days a week. Each day he focuses on whole-body fitness conditioning, BJJ, wrestling and MMA.

Unlike most combat sport athletes whose family members worry about their loved ones getting injured, Wang’s family is very supportive of him. This gives him added motivation to train harder, especially when he is now going to defend his hard-won REBEL FC bantamweight title from Shuhei Sakano of Japan with a unanimous decision in REBEL FC 9 – Return of the Champion.

Kodekov had his first taste of MMA in 2015 when his friend invited him to an MMA training session. He immediately took to the sport and has since made a professional career out of the sport. Before that, he was an electromechanical technician. While his family members were initially apprehensive of his switch from a stable job to something that entails financial and health risks, they are now fully behind him, supporting him in MMA competitions whenever they could. Kodekov prefers the stand-up side of MMA, distracting his rivals with hard kicks before raining a series of punches on them. His bout against a similarly strategic and skilled Wang Shuo is a worthy of its title fight status.

Previous articleBen Askren votes Jorge Masvidal his fighter of the year despite getting viciously KOed by him
Next articleONE: A NEW TOMORROW OFFICIAL KICK-OFF PRESS CONFERENCE PHOTOS AND RECAP