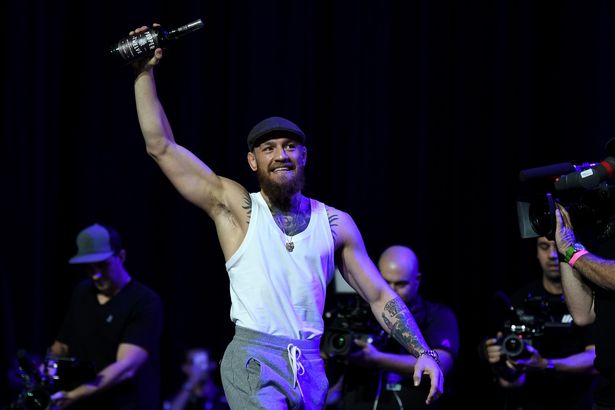 The biggest fight in the history of UFC between Conor McGregor and Khabib Nurmagomedov is just two days away and today in the wee hours of the morning when most of India was asleep, Conor and Khabib had their final press conference for UFC 229 in Las Vegas.

Like always Khabib arrived in time and by 3 pm he started his Q and A with the media, whereas Conor was late and nowhere to be seen. There was a clear sign of hostility towards him from the Irish crowds and he was met with boos and taunts and songs.

“I no need wait for nobody,” Nurmagomedov told reporters and fans gathered at Park Theater in Las Vegas. “This is 3 p.m. Friends are here, media is here, everybody is here. (UFC President) Dana (White) a little bit late; it’s OK. But 3 p.m. I beginning. If you have questions, let’s go.”

Shortly after Khabib left the press conference, Conor McGregor arrived at the scene with his entourage and Proper 12 Irish whiskey in his left hand. He even went on to say, he planned on arriving in time, but the traffic delayed his arrivals.

It was clearly evident that the crowd was there for Conor McGregor and he went on his signature rant as he sat down on stage: “What’s up Ireland? The Irish are back in town and I f****** love it! The traffic is heavy out there, you know yourself.”

“Look, you can’t plan this,” McGregor said, referring to an event that was absolutely planned. “I tried to get here. Like I said, I’m only a couple of minutes late, for God’s sake.”

This press conference was open to the public and we all know Conor draws energy from the crowd and said he was happy and this is how it should always have been.

“This is what I campaigned for in New York. I almost wasn’t going to show up to the New York press conference. It’s great to see the fans here and they’re going to keep coming and coming. I’m filled with energy seeing my people come here and I’m going to make every single one of you proud on Saturday night. Thank you truly from the bottom of my heart, it’s good to be back!”

The energy amongst MMA fans around the world is beyond crazy and Saturday can’t come early for us fans to be able to witness the biggest fight in the history of UFC.

Previous articleJoanna Jedrzejczyk clarifies why she isn’t headlining UFC 230
Next articleReebok may pay fighters very less, but Conor McGregor inks a $5 Million deal with them