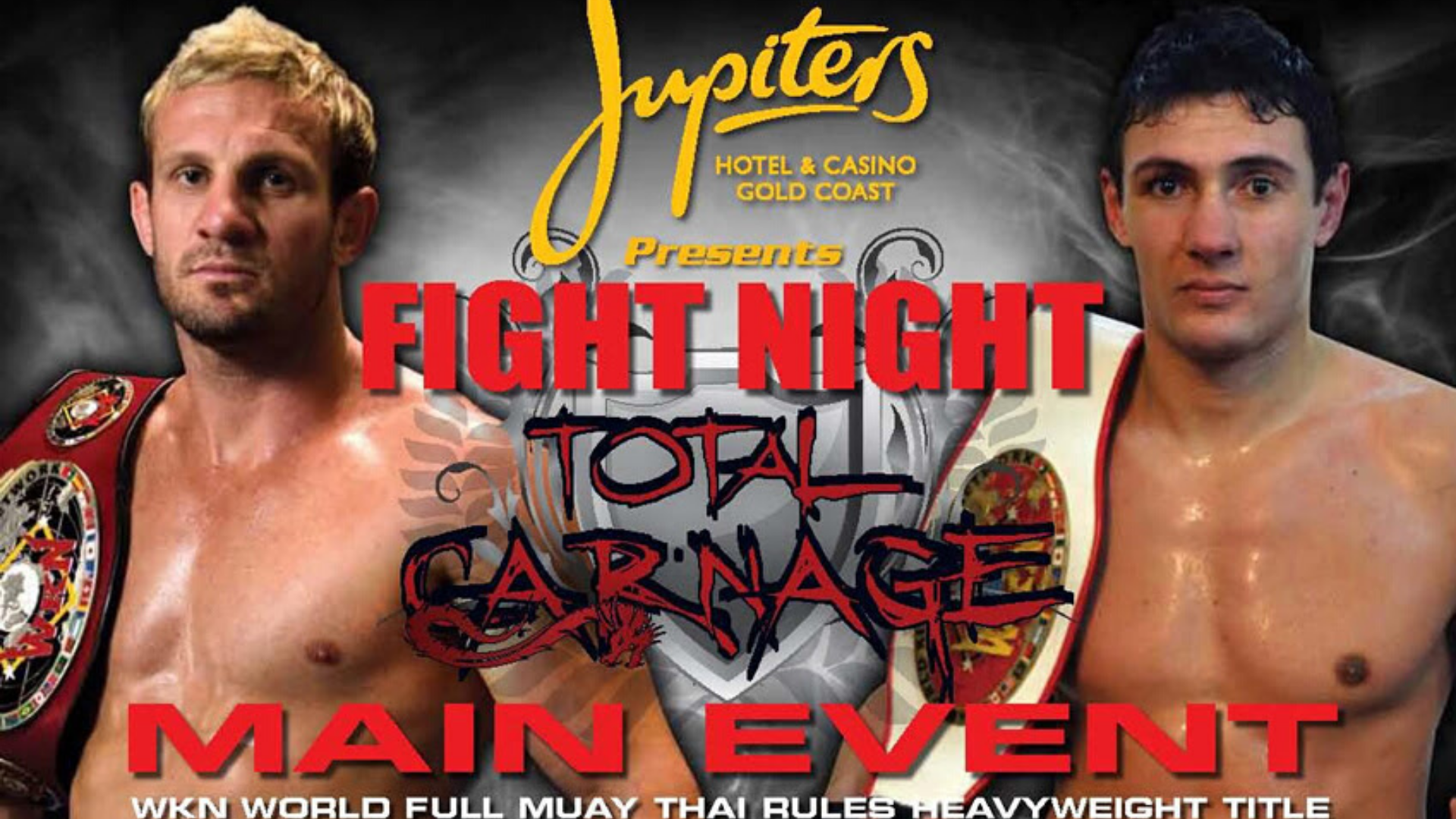 In the main event Nathan “Carnage” Corbett of Australia made the first defense of his WKN World Muay Thai Heavyweight title against Stephane Susperregui of France. In the co-main event Frank Giorgi of Australia and Tobias Alexandersson of Sweden battled it out for a vacant WKN World Welterweight Muay Thai title. 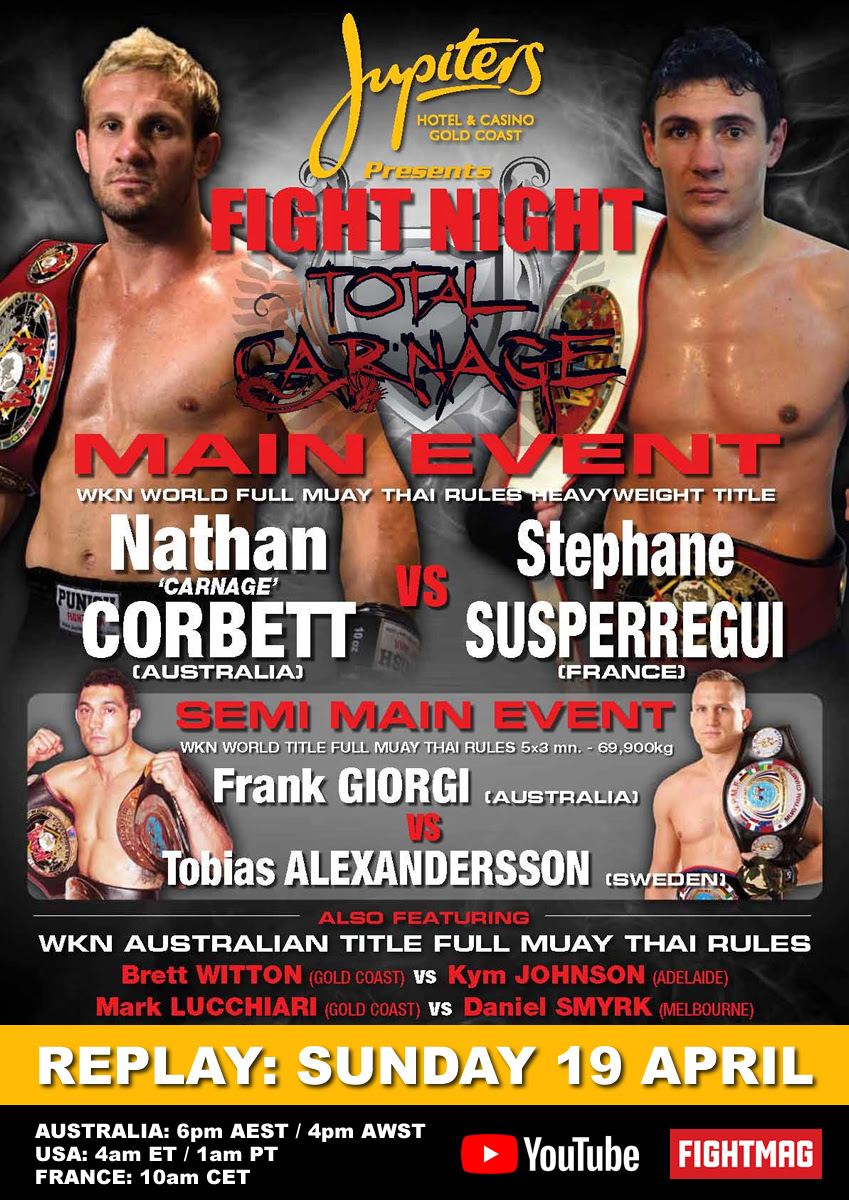 The event was organized by Cross Promotions. The head official on the night was Brad Vocale. The championship supervisor was Parviz Iskenderov, representing World Kickboxing Network.

The event aired on FOX Sports Australia in 2012. The REPLAY is now available on YouTube.

Previous articleUFC 249: Kamaru Usman claims it was Jorge Masvidal who turned down UFC 249 fight
Next articleSinger who performed Conor McGregor’s UFC 189 walkout accuses him of being racist!