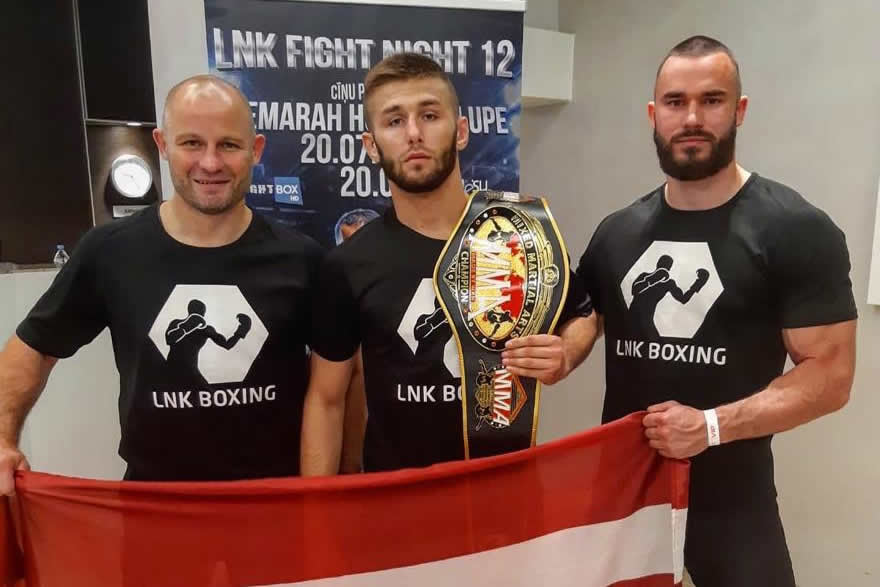 LNK Fight Night 12 was held last night (July 20) at the SemaraH Hotel Lielupe in Jurmala, Latvia. The sold out event featured some of the leading representatives of the country-host and international competitors squaring off in a series of boxing, kickboxing and MMA bouts.

In the main event Ismail Iliev of Russia faced Twaha Kiduku of Tanzania. The pair of super welterweights went the distance. The verdict heard a unanimous decision in favor of the local competitor.

In the co-main event Ralfs Vilcans of Latvia took on Maurizio Lovaglio of Italy. The cruiserweight went head to head during six rounds. The Latvian boxer was pronounced as the winner by unanimous decision.

Also on the night, Aleksandrs Cizovs of Latvia and Sergio Hidalgo of Spain battled it out for WKN European Lightweight title. The local athlete claimed the belt by submission in the first round.

LNK Fight Night 12 in Jurmala, Latvia was held back to back with “Rise of Champions” in Fraserburgh, Scotland, where two WKN titles were contested on the same day, July 20.

The fight results can be found below.