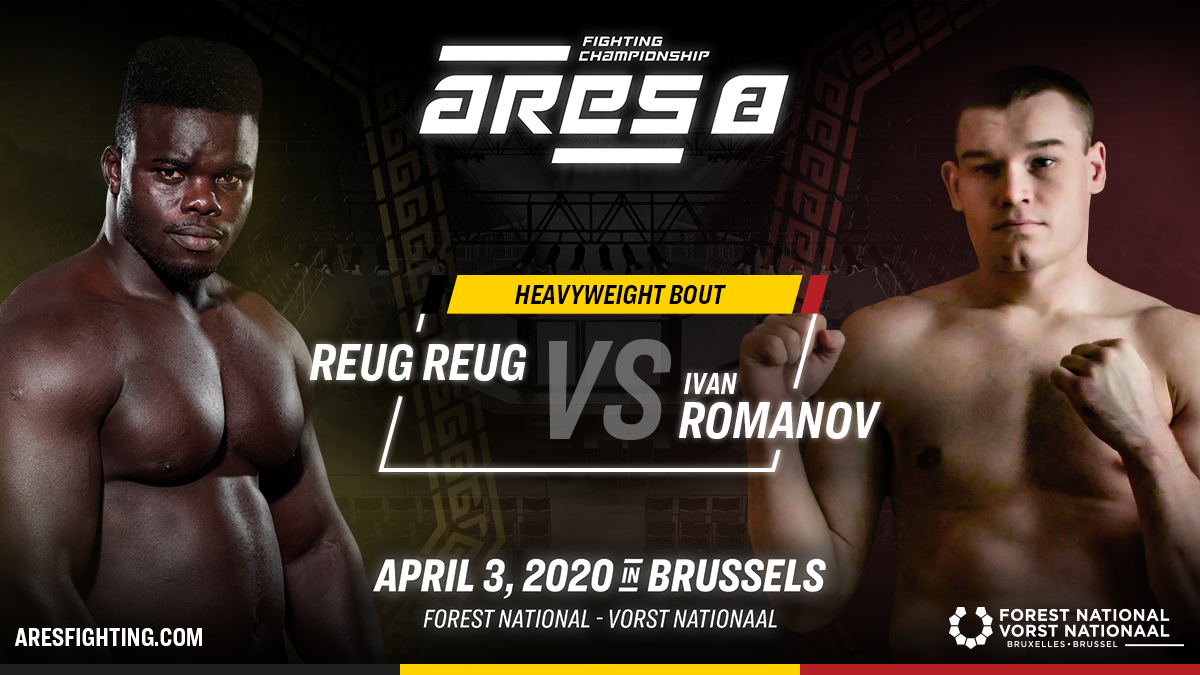 Below is the announcement that Oumar ‘Reug Reug’ Kane (1-0) will face undefeated Russian Ivan Romanov (5-0) at ARES 2 on April 3 at the Forest National-Vorst Nationaal arena in Brussels, Belgium. 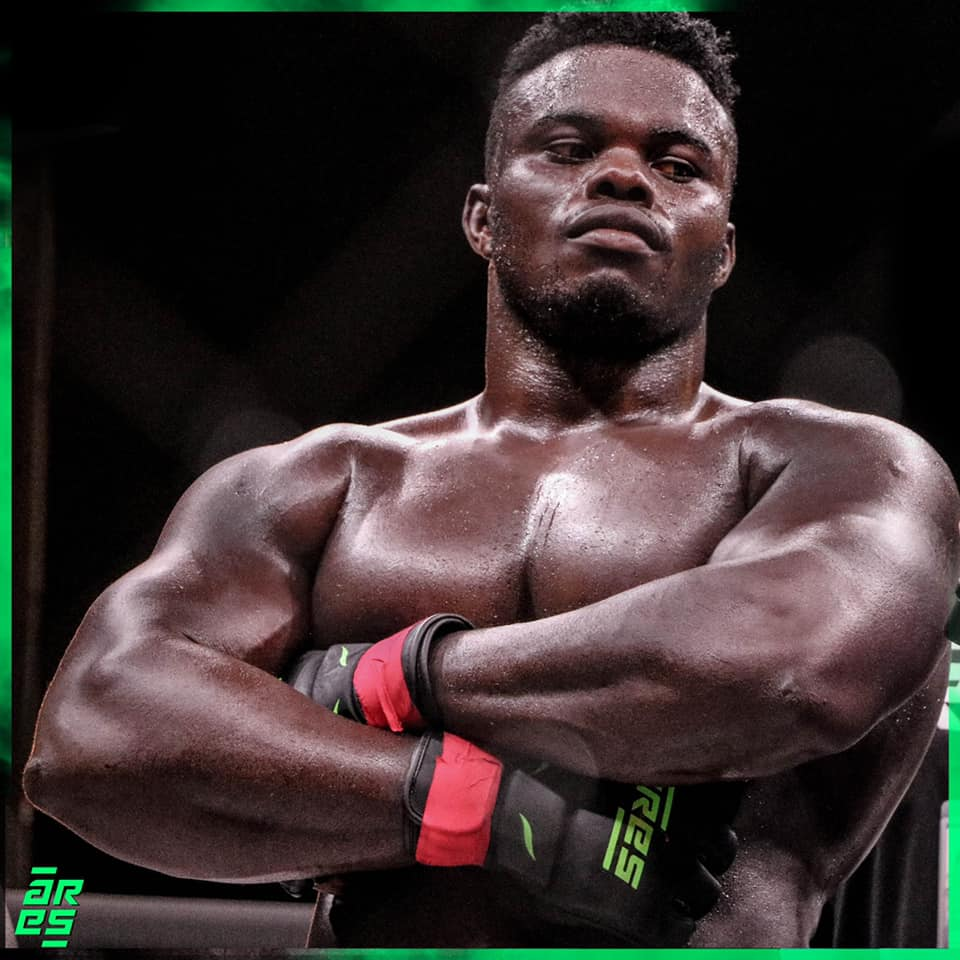 In December not only did we see the birth of ARES Fighting Championship but we also witnessed the explosion of undefeated Senegalese wresting champion Oumar ‘Reug Reug’ Kane (1-0) unto the MMA word.
His devastating TKO win over the more experienced Sofiane Boukichou in the co-main ev 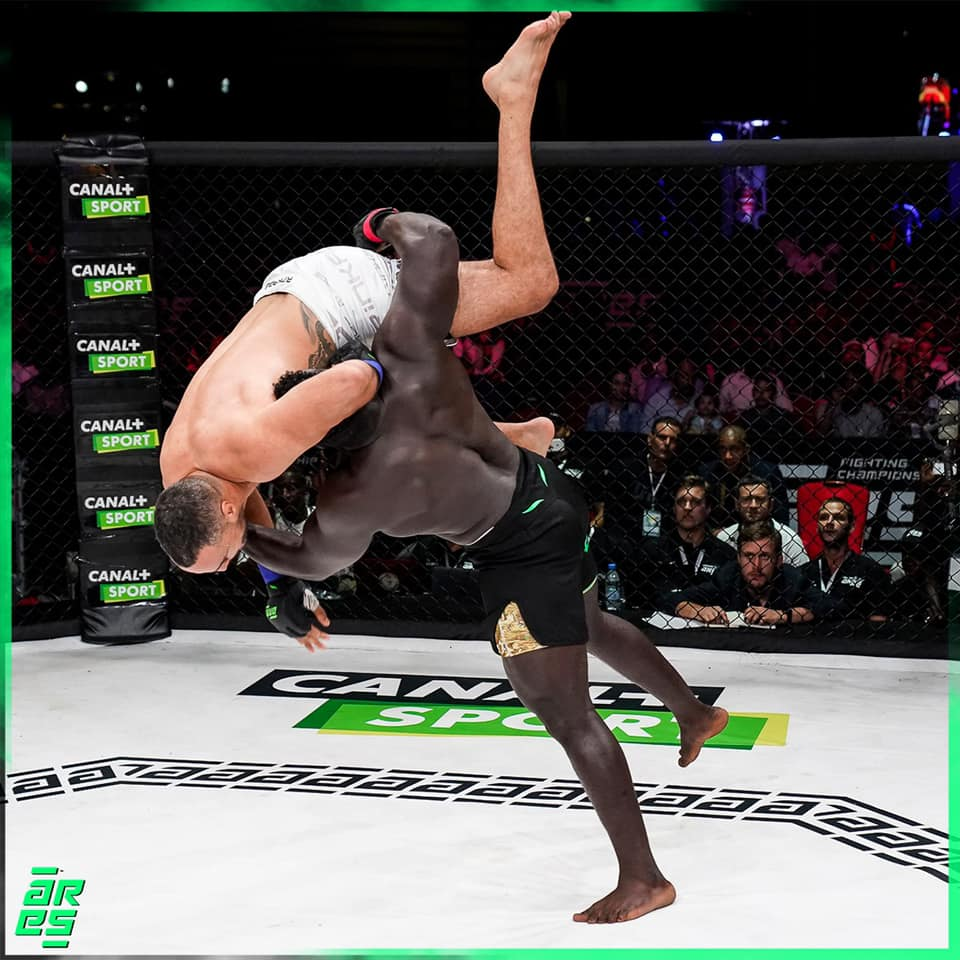 ent of ARES 1 became a viral sensation that saw Reug Reug dominate headlines around the world. Drawing from his Senegalese wrestling base, the 27-year-old landed a number of slams on Boukichou (pictured below) en route to a completely one-sided victory in the second round. Since then MMA fans and media worldwide have sought information on when Reug Reug would step back into the ARES Arena.
Now at ARES 2 on April 3 at the Forest National-Vorst Nationaal arena in Brussels, Belgium, we will see the return of Reug Reug as he faces undefeated Russian heavyweight Ivan Romanov (5-0). Making his pro MMA debut in 2017, Romanov is an experienced grappler and saw a breakout 2019 where he registered three wins on the Russian MMA scene including scoring a submission victory over eighteen fight veteran Ilya Gunenko.
This contest joins the already announced clashes between France’s Nordine Taleb (15-7) and Belgium’s very own Maarten Wouters (11-7) in the main event and a co-main event between USA’s John Moraga (19-7) and Mexico’s Hector Sandoval (15-4). Also recently added to ARES 2 is a heavyweight contest between UFC veteran Luis Henrique (12-6) and RIZIN veteran Teodoras Aukštuolis (11-5).