Reviewing the 5 star performances of Israel Adesanya in the UFC 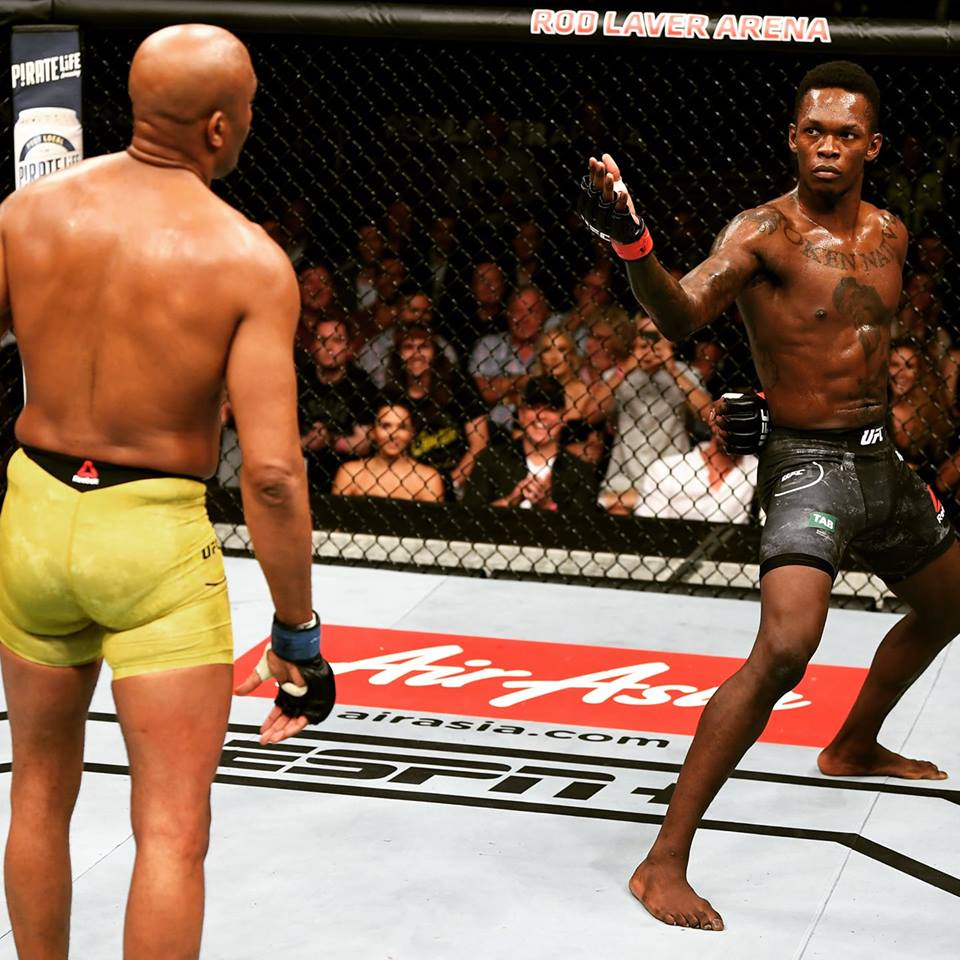 Over a year ago at the beginning of 2018, at MMA India we had predicted that “The Last Stylebender” Israel Adesanya was going to take the UFC by storm. This prediction was made even before Adesanya’s UFC debut, while many surely had their doubts, the middleweight title contender has certainly put all question marks on his ability to rest.

The former Kickboxer is still continuing ascension and is just one step away from getting his hands on the prestigious UFC gold. At UFC 236, the New Zealander will take on America’s Kelvin Gastelum in the co-main event of the fight card. With the current UFC middleweight champion Robert Whittaker having been ruled out for at least a few months due to an injury, Gastelum and Adesanya will lock horns for an opportunity to win an interim title. 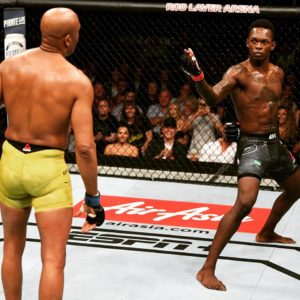 Thus, with Adesanya being on the verge to compete in the biggest fight of his MMA career till now. We have decided to take a look back to review and recap all his five fights inside the octagon till now.

Adesanya’s debut octagon fight against Rob Wilkinson was one of the toughest tests of his career even till now. While Adesanya has definitely faced tougher and more credential opponents since then, but for a UFC debutante with predominantly a Kickboxing background, even a decent grappler like Wilkinson with multiple submission victories to his credit represented an extremely dangerous style of fighter to face in his first octagon outing.

Adesanya to his credit did well to defend takedowns, only going to the ground once and even then he took very little damage. The rest of the fight played out just as Adesanya had planned, i.e. on the feet!

The Stylebender cunningly picked his shots well and after dominating the majority of the first round with his crafty long-range striking, he later finished the fight in the second round via TKO due to punches.

Vs. Marvin Vettori at UFC on Fox 29

How to define this fight? Well quite simply, Adesanya took Vettori into the matrix in this fight! It was a bit identical to how bantamweights for ages have been trying to hit Dominick Cruz and T.J. Dillashaw and missing their marks.

Vettori tried hard all evening to try and take Adesanya down to try and hit him with combinations. However, Adesanya was too slick and crisp with his striking and movement. He slipped past punches and executed his own combinations with ease.

Though, the result of the fight was shocking as one of the judges controversially scored the fight in favour of Vettori.

Vs. Brad Tavares at The Ultimate Fighter: Undefeated Finale

On paper, this bout was an interesting match-up. However, it rather turned out to be a bit of a walk in the park for Adesanya. He nonchalantly controlled the fight with his long-range striking and effective distance management.

Adesanya never looked fazed nor seemed to be in trouble for even a split second. He eventually won the five-round contest via a comfortable unanimous decision.

Derek Brunson is a top-level grappler with a well-credentialed amateur wrestling background to his name. He is a former NCAA Division 2 wrestler who also possesses a purple belt in BJJ under David Branch. In theory, a wrestler with BJJ skills is the worst stylistic match-up and a natural enemy to a striker like Adesanya. Many were expecting Adesanya to be ‘exposed’ in this fight. Brunson himself firmly believed that he would be able to use his wrestling to subdue the New Zealander.

Adesanya proved everyone wrong though. The fight barely lasted a single round, with Adesanya successfully stopping multiple takedown attempts from Brunson and then went on to catch Brunson with a big knee while he was shooting for a takedown and then finished him off with punches, winning the fight via a dominant knockout.

Adesanya has long been touted as the successor to Anderson Silva. Thus when this fight was made, many thought of it as a passing of the torch kind of a moment. No one really gave an out of prime and old Silva a chance against the young and hungry Adesanya.

Many even believed an early knockout might be in store. Adesanya did drop The Spider in the first but Silva did well to recover. Later in the second round, Silva seemingly turned back the years and tried to match his younger counterpart blow for blow. Though, Adesanya did just enough. He paid Silva’s skill enough respect and managed to keep his distance as he smartly outpointed the Brazilian legend.

He came out victorious in one of the most entertaining and thrilling fights of his career via a comfortable unanimous decision.

Previous articleUFC 236’s Dustin Poirier: Holloway is now a completely different fighter.
Next articleAli Abdelaziz shoots himself in the foot when he claims to know other EPO users and gets hit up by USADA