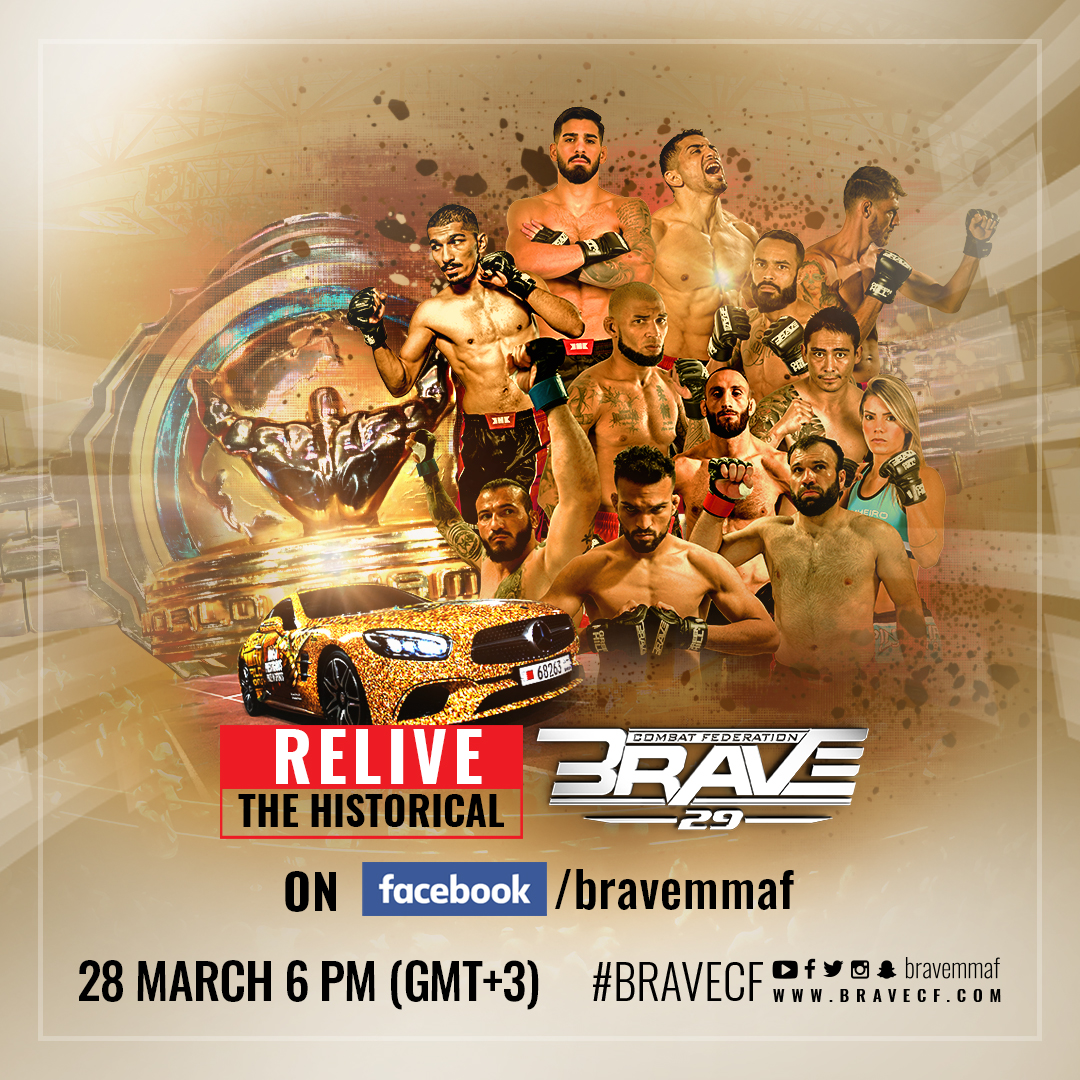 Officials announced today that the promotion will do a rerun of the historical BRAVE CF 29 on Facebook on Saturday, the same day in which BRAVE CF 35 would have taken place in Balneário Camboriú, Brazil.
Widely considered one of the best MMA shows of 2019, the largest event in Asia had 14 explosive bouts, featuring athletes from Lebanon, Brazil, Russia, South Korea, Germany, Jordan, Philippines, Iraq, Ireland, Spain, South Africa, Latvia, Bahrain, England, Georgia, Colombia, and Argentina, highlighting the truly global impact BRAVE CF has on the mixed martial arts world.

The show also featured the first-ever KHK World Championship, a one-night, open weight tournament that gave the winner a cash prize of US$ 100,000, plus the right to be called the provisional holder of the KHK belt, adorned with 6.2 kg of gold, the most prestigious prize in all of sports.
BRAVE CF 29 was a celebration of the global aspect of mixed martial arts as it took place during the BRAVE International Combat Week, alongside the IMMAF World Championships, with fans, athletes and combat sports enthusiasts all descending upon the Kingdom of Bahrain for a week of non-stop action.
Fans will be able to be a part of the conversation and comment on the biggest moments of the show on social media profiles with the hashtag #ReliveBRAVECF29.