Two fighters who have been in the news lately are Lyoto Machida and Luke Rockhold. 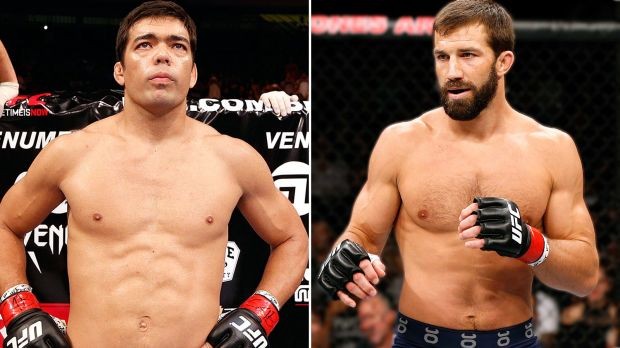 Lyoto Machida has just come off of a split decision win over Eryk Anders at UFC Belem which brought his three fight loosing streak to a halt and also sets up a respectable fare well fight for Lyoto (if that is what he desires). Lyoto Machida is 23-8 in MMA.

Machida uses a unique,unorthodox style in MMA that combines elements from his diverse training background. His style is based mainly on tactics using Shotokan karate and Brazilian jiu-jitsu, but also integrates techniques from wrestling and sumo, which Machida says makes him “fully prepared for any situation” in the Octagon.

Luke Rockhold is fighting this weekend at Perth on UFC 221 facing Cuban Yoel Romero for the interim middleweight title since Michael Bisping lost to George St Pierre, who then abdicated leaving Robert Whittaker as the undisputed champ. This was fight was originally supposed to be for the belt between Robert and Luke but with Robert bowing out, Yoel stepped in and the fight was then made for the ‘interim middleweight title’.

Let’s rewind to the time Luke and Lyoto faced each other at UFC Newark on April 18th 2015 and you can see the result for yourself.

Robert ‘The reaper’ Whittaker is back in training