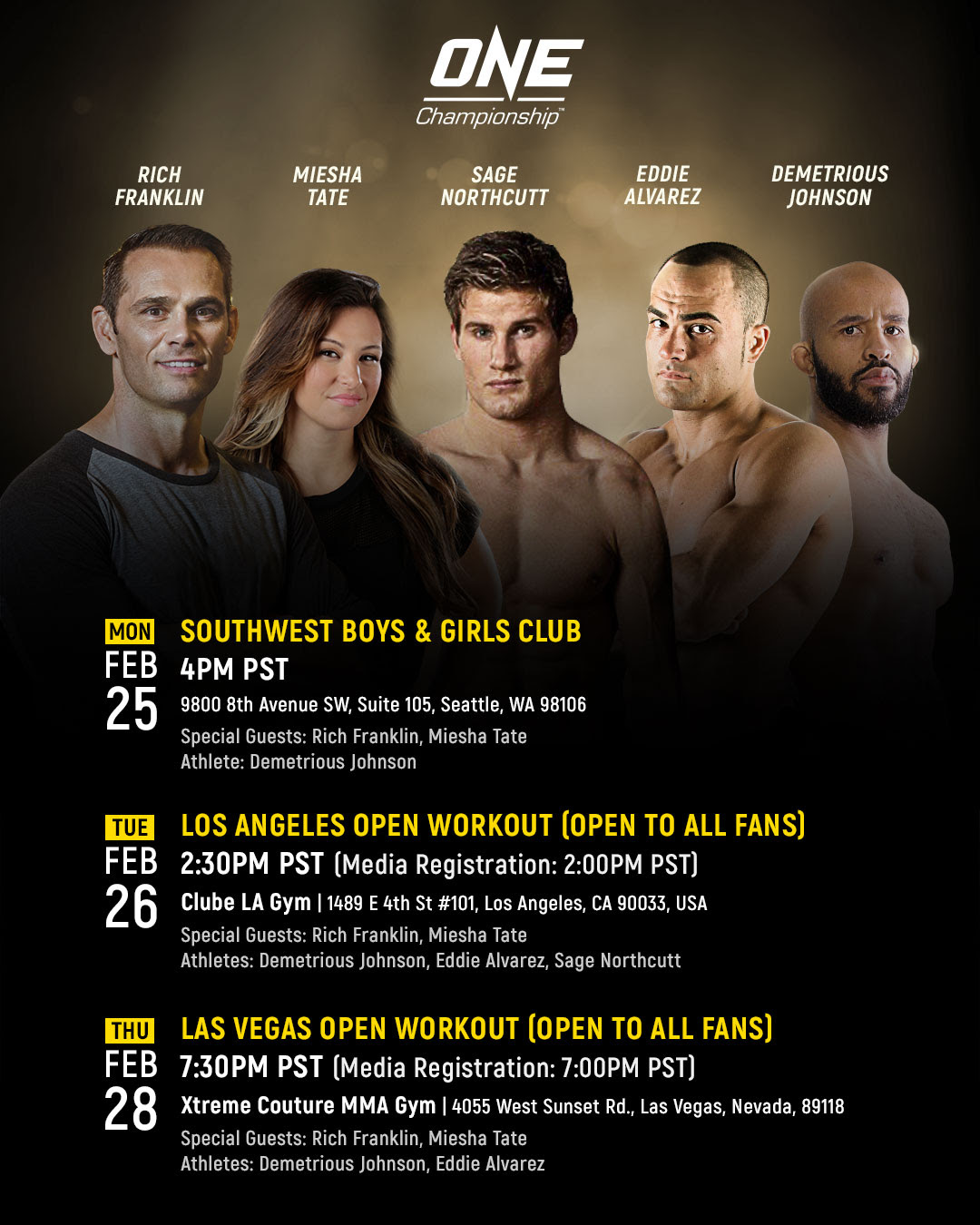 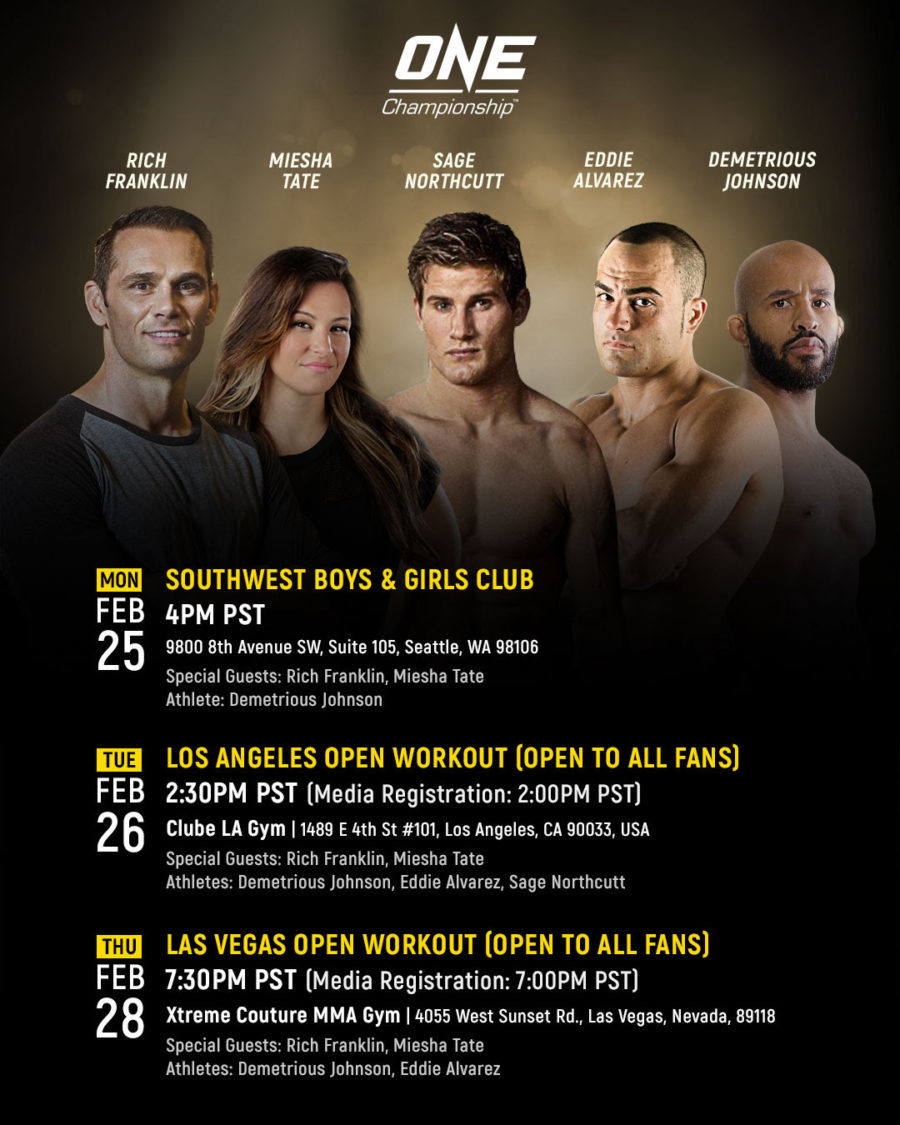 The largest global sports media property in Asian history, ONE Championship™ (ONE), has just announced that CEO of ONE Warrior Series, Rich Franklin, and Vice President of ONE Championship, Miesha Tate, will join the upcoming ONE Championship US Media Tour to Seattle, Los Angeles, and Las Vegas. The two will be accompanying ONE Championship athletes Demetrious “Mighty Mouse” Johnson, Eddie “The Underground King” Alvarez, and “Super” Sage Northcutt.

The schedule for the ONE Championship US Media Tour is as follows:

Women’s mixed martial arts pioneer and former World Champion Miesha Tate is Vice President of ONE Championship and one of the most recognizable names in the industry. Tate retired from professional competition in 2016, and finished her mixed martial arts career with a 18-7 record. Her most notable victories came over Liz Carmouche, Sara McMann, Jessica Eye, and Holly Holm whom she defeated to capture the Women’s Bantamweight World Title.