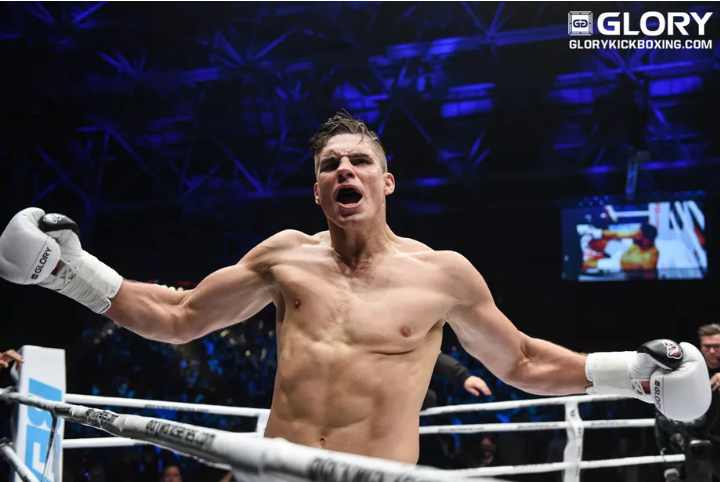 The ‘King of Kickboxing’ is returning to his kingdom tomorrow, Oct 14, at Guangzhou Gymnasium in Guangzhou, China. This ancient Chinese city is not his kingdom, no. Rico rules the kickboxing ring, and he does it with an iron fist (and feet too)! In a match-up that has puzzled many in both the kickboxing and MMA world, the greatest kickboxer in the world (and possibly ever) will take on Antonio ‘Bigfoot’ Silva, who is making his kickboxing debut. It’s not even a case of two best heavyweights in their respective sport taking on each other; Bigfoot is on a five-fight losing streak and has won only one of his last 10. By all accounts, Silva shouldn’t be fighting anymore, but I digress. I am not here to talk about that.

Rico Verhoeven was born in Bergen op Zoom, Netherlands. He began training martial arts at the age of five. His father, a karate black belt, started training him in kyokushin. Verhoeven began training kickboxing in 1996, at the tender age of seven. Growing up, training was big part of Rico Verhoeven’s life. His father was strict about his training and that set him on the world championship path that he is on today. By the time he was 16, he had become so big that he had to fight adults because he could not find anyone his size to fight him.

Verhoeven made his pro debut at the age of 16 and went on to amass a pro record of 37 and 9 including wins over veteran fighters like Hesdy Gerges, Ben Edwards and Filip Verlinden before signing with Glory – the best kickboxing league in the world. He made his Glory debut at 2012 Glory Heavyweight Grand Slam at Glory 4: Tokyo in Saitama, Japan on December 31, 2012. He beat Sergei Kharitonov in the first round but lost to the eventual winner, Semmy Schilt, in the next. He then went on to win the Glory 11: Chicago – Heavyweight World Championship Tournament the next year, defeating Daniel Ghita and the legendary Gokhan Saki on the same night.

His win over Ghita was highly controversial and both guys rematched for the Glory Heavyweight championship. This time Verhoeven won a clear unanimous decision and gained the heavyweight title in the process.

Even a couple of years ago, ‘The King of kickboxing’ was widely considered the best heavyweight in the world, but was sometimes derided for his punching power, as he had not knocked out anybody for a long time. All this changed after his rematch with Benjamin Adegbuyi at Glory 26. Verhoeven knocked out the then No.1-contender in the opening round, dropping him with a big right hand, which sent his hometown crowd in Amsterdam into a frenzy.

The Dutch kickboxer has held the heavyweight title ever since he won it and has virtually cleaned out the division. He, however, has not defended his title since September of 2016 and his fight against Silva is yet another non-title affair, his third in a row.

Rico is big, even for a heavyweight and has the athleticism to go with his impressive physique. Despite his huge size, he has amazing cardio and fights with outstanding technique every time. He is a very smart fighter at such young age and his thoughts on his Errol Zimmerman fight proves that. Rico had Zimmerman hurt and then moved in for the kill:

“I rocked Errol Zimmerman with a big blow. It wasn’t a big blow, but I rocked him,” Verhoeven said.” He was wobbling and doing the chicken dance and I just rushed in and started firing, man. That is the point where I was exposing myself as well. That was really dangerous and really stupid. For me, that showed at that moment I was unprofessional. It was an amateur move.”

Previously known as the ‘Prince of Kickboxing’, Rico Verhoeven was given a promotion in nicknames and was anointed the ‘King of Kickboxing’ by the fans after his Glory 26 KO. The King himself was surprised:

“That is definitely cool. Like I said, it’s not on me to say, ‘yeah, I’m the king because I’m the champion for this long,” said Verhoeven. “For me, it’s really a thing for the fans and the people that watch kickboxing and enjoy our sport to say, ‘Now he turned from prince to king.’ This was the fight. This was the moment that people crowned me the king. For me it’s a big compliment and accomplishment as well. It’s been really busy and I’m thankful for all the support the fans gave me.”

All the fancy nicknames and the world titles aside, the best heavyweight in the world is fighting this Saturday and we need to make sure that we tune in to watch. We are either going to see another clinic, or we will see a huge upset. Either way, it’s a win for us fans!